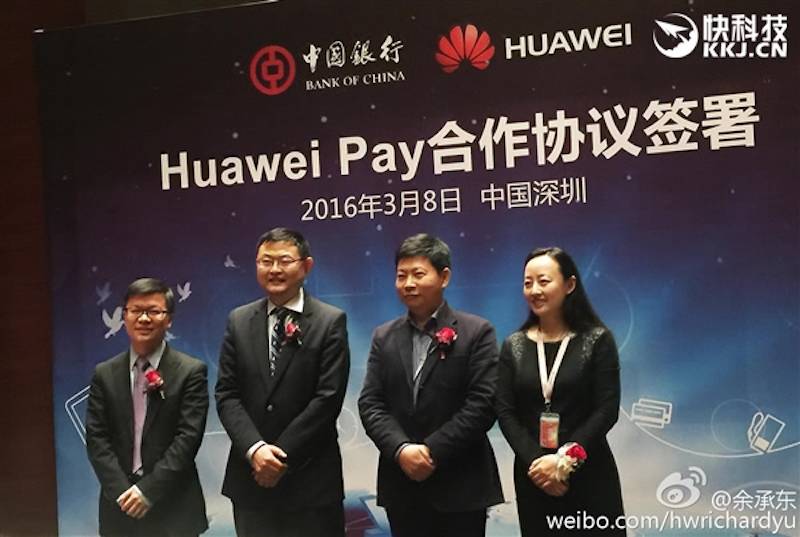 Samsung Pay and Apple Pay may have launched earlier and have more marketing muscle, but let’s not forget that China is Huawei country. And now the Chinese OEM has chosen to launch their own mobile payment platform, of course called Huawei Pay, to join in this still relatively young market. Given how many millions of smartphones they shipped last year, then this can be a lucrative endeavor for them, despite the tough competition from those that may have a bigger name outside of its native country.

While they did announce that they were launching Huawei Pay during a press conference, they didn’t reveal much about the details of the mobile payment service. What some local news outlets did report is that for now, it is only connected with one bank, the Bank of China, as compared to Apple’s current roster of 19 participating banks. Its partner financial institutions is just as important as the smartphone itself, since they wouldn’t be able to transact without it.

Just like others of its kind, Huawei Pay uses NFC technology and when placed against a compatible POS machine, in this case, the one with QuickPass, then the app or service will awaken and when it has finally authenticated your fingerprint, then the transaction is finished. The app has actually already been installed with the Mate S which was released back in December 2015. No word yet if other compatible devices will eventually get it.

The more than 108 million smartphones shipped by Huawei in 2015 will definitely help in evening up things with Samsung and Apple. However, domestically, they also will have to compete with Alibaba’s Alipay and Tencent’s We Chat Wallets. This should be an interesting “battle” to say the least.