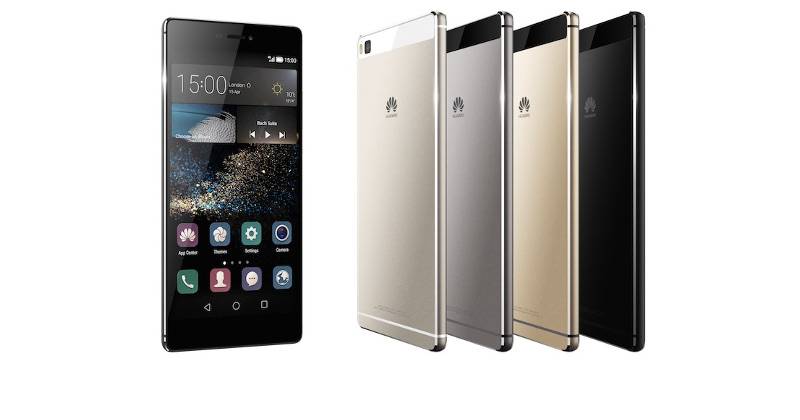 Given how the smartphone market is these days, it’s not that easy to leave a mark in consumer’s consciousness, especially when you’re up against giants like Samsung or Apple. Even in China and the East, Huawei would have a hard time competing for space with the likes of Xiaomi. That said, once in a while a smartphone does come up with rather interesting bits and pieces that make it worthy of a second and deeper look. The Huawei P8 that was just revealed today could very well be such a smartphone.

Let’s get the specs out of the way first, because, to be honest, they are somewhat the least interesting, though they still manage to pique curiosity. Particular the processor, which is not a Qualcomm, Exynos, or even Mediatek. It’s Huawei’s own homegrown Kirin 930, a 64-bit octa-core processor running at 2.0 GHz. Huawei claims that the chip boosts performance by 20 percent, at least compared to other chips that offer similar battery life, though we’ll have to wait for benchmarks to verify. As to that battery life, Huawei doesn’t actually give numbers, but it is powered by a 2,680 mAh unit. The rest of the hardware sound pretty much in line with a flagship, like a 5.2-inch Full HD screen, 3 GB of RAM, and 16 or 32 GB of internal storage. The device supports dual 4G SIM cards.

But smartphones are not just the sum of their specs, and buyers nowadays are looking for more bang for their buck. Meaning, features. And the Huawei P8 seems to promise a load of them. In the software arena, there’s this double-tapping action that you can do with a knuckle. Sounds almost like LG’s old Knock Knock, but this doesn’t unlock the device but takes a screenshot instead. Users can also quickly draw a circle around content to capture it, something like Samsung’s S Pen functionality. You can also search for your phone using your voice, provided the P8 can hear you, and it will respond using its speakers. Perfect for those times when you can’t remember where in the room you left your phone (like under the couch). All of these run on top of Android 5.0.

The Huawei P8’s camera is also quite notable. Not only does it have a high 13 megapixel sensor, it also boasts of Optical Image Stabilization, a feature that even some more popular flagships don’t have. Huawei is also boasting that the smartphone is the first in the industry to bear a new RGBW sensor. Details on this type of sensor are still slim at the moment, but the addition of a white color sensor in theory should help in low light photography. The front camera is 8 megapixels, making it one of the highest selfie shooters around.

Huawei mentions an optional e-ink screen for the back of the phone that could potentially turn the Huawei P8 into something like the YotaPhone, though the OEM has not yet revealed full details about this rather intriguing feature.

All of these are enclosed in a 6.4 mm thin unibody shell that does look exquisitely premium. For some reason, Huawei likens the P8’s design to that of books and pages. But with a body made of metal, that analogy doesn’t really hold much water. The smartphone comes in four color options of silver, gold, black, and grey, and comes in a translucent retail packaging. There are two configurations available, one with the base 16 GB storage that costs 499 EUR ($535) and another that has 32 GB of space, with a higher 599 EUR ($643) price tag. There is also a P8max that has a bigger 6.8-inch screen, still FHD, bigger storage at 64 GB, and a bigger 4,360 mAh battery. Price still unknown. 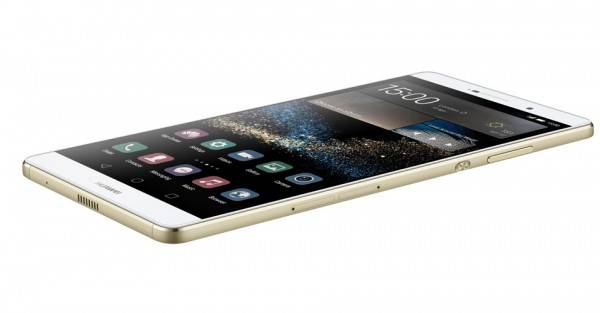