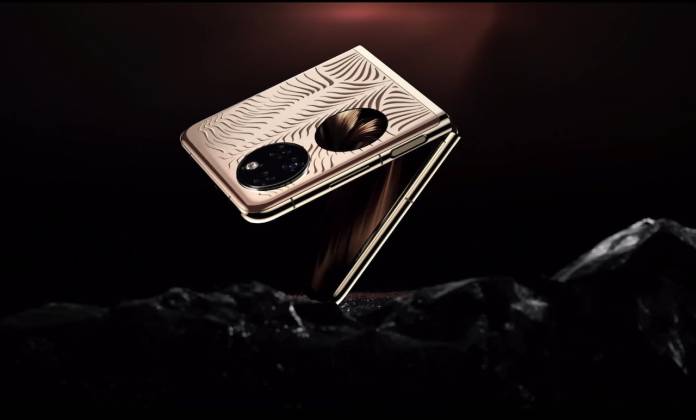 Huawei has officially announced its new foldable phone. It’s not the first foldable offering from the Chinese OEM but it is the first to arrive with a clamshell design. It’s finally unveiled after several leaks and teasers. Promo images were teased before the official launch. The teasers were actually official from Huawei and not just leaks. The device launched in China after three models of the Huawei Mate X foldable phone. The clamshell phone boasts a patented hinge mechanism resulting to a gapless folding screen.

The phone runs on 8GB or 12GB RAM with 256 or 512GB storage. It also runs on a 4000mAh battery and HarmonyOS. The battery already supports 40W wired charging.

On the rear and cover, there is a small 1-inch display that can show alerts, notifications, date, and time. Huawei has added a special widget so you can view special information on the smaller screen.