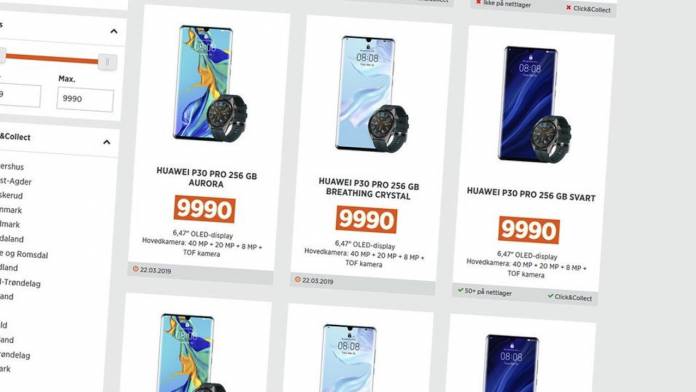 We’re counting the days before Huawei rolls out the P30 and P30 Pro. The closer D-Day is, the more information is being released. Photos being leaked are also becoming more legit. There is no stopping Huawei and various sources from sharing what they know. In a few days, the world will know the Galaxy S10 series challenger from the top Chinese OEM. The Huawei P series has been the Samsung Galaxy S’ number one rival. It really is a close fight since Huawei has been introducing great tech and innovation, especially in the camera department.

From presenting the Leica lens to dual rear cams to triple rear shooters, Huawei is all set to introduce a quad-camera setup on the Huawei P30 Pro. It’s another step ahead of the competition and we’re assuming the new P30 Pro will once again revolutionize the mobile industry.

Huawei will launch the P30 Pro and Huawei P30 on March 26, Tuesday, in Paris, France. They’ve been spotted recently on some websites: Power and Amazon Italy.

Unfortunately, product pages have been pulled out already. Don’t worry, we’ll get to confirm everything next week.

Huawei is confirmed to implement 5X optical zoom that extends to 10x hybrid zoom. Some other details we gathered include a special Red edition with Sonos speaker and a wireless speaker will be sold.