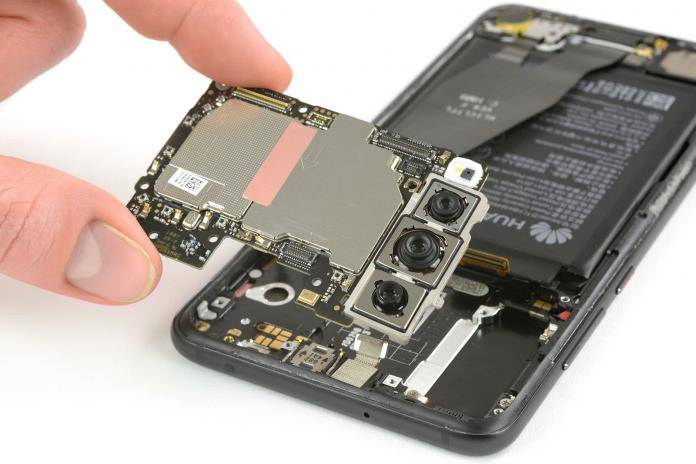 Much has been said about the Huawei P20 Pro and its vaunted triple camera system, branded with Leica technology, of course. Currently, the P20 Pro sits at the top of DxOMark’s mobile photography rankings, numbers that measure the quality of images produced by mobile phones. This shows you that the triple camera system does work, and is followed closely only by its less expensive brother, the standard Huawei P20 with a dual camera system, also Leica branded. It would be good to see how they fit three cameras in such a sleek phone, so a teardown is naturally what is needed here.

Our favorite guy in YouTube who does videos destroying expensive phones is JerryRigEverything. He recently did a durability test on the Huawei P20 Pro, and naturally, the glass exterior of the phone was no match to the scratch and bend tests. That is to say that you should probably not drop your P20 Pro, and if you do, then you can have a good cry about it.

After the durability test (where the P20 Pro’s glass exteriors got cracked), our tester went on to do a teardown. The first conclusion is that you should not break anything inside your P20 Pro as well, because it is a monster to repair. The parts may be modular, but a technician will have to dismantle much of the phone to get to any element on the inside.

What of the triple camera system?

Of particular focus is the triple camera system on the back of the P20 Pro. If you checked out iFixit’s own teardown, it might have looked like all three sensors have optical image stabilization (OIS) – that is, the mechanism that reduces motion for the sensors to take a clearer image. This teardown allows us to clarify that issue.

Apparently from the teardown, only the telephoto sensor has OIS, and the other two sensors only rely on electronic image stabilization (EIS), which is based on the software. The reasoning for this maybe that the telephoto sensor is the one that needs to be the most stable, especially in situations where you zoom in closer and even small motions can cause a blurred image. OIS on the telephoto lens may prevent some of that.

What was interesting to see is that Huawei did very well with the internal design of the P20 Pro which is roughly the same size as other flagships. Apart from having three cameras, they were able to squeeze in a 4,000mAh battery, and speakers. It probably was a boon that they did away with the headphone jack, to the anger of all the wired headphone crowd out there. The last word about this is still – don’t break anything on your P20 Pro.