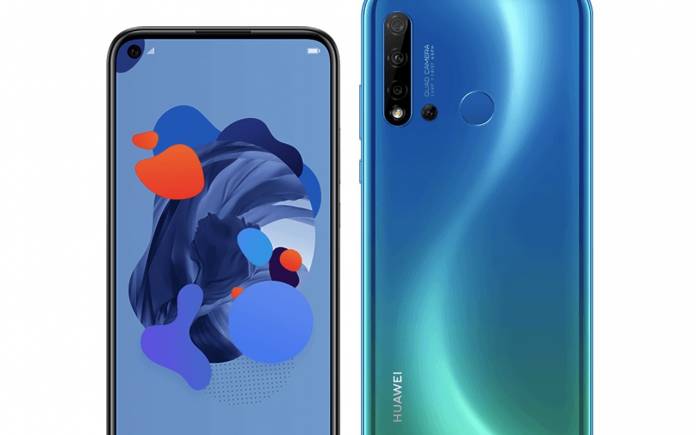 The reason for this 2019 version isn’t clear but we believe Huawei wants to offer more choices to the public. Upgrading the specs and features is easier as compared to coming up with a new smartphone with a fresher design.

The 2019 Huawei P20 Lite is only a mid-range device. It can be another bestseller since it’s from the Chinese OEM. Source of this information is WinFuture which we all know has a lot to say about future mobile devices entering the market.

Early image renders of the Huawei P20 Lite 2019 have been shared online. They give us a glimpse of the phone with a camera hole on the upper left corner front display. The shape and curves of the phone will remind you of most Huawei phones.

There is no metal frame since it’s only mid-range. Expect a plastic build with a powerful 3000mAh battery. The antenna band cutout isn’t there.

Choose from the three color options: Chrush Blue, Charming Red, and Midnight Black. Pricing may start at €280 ($315) and reach up to €330 ($370). Retail stores in Switzerland and Italy have listed the new phone for 279 francs and 29 euros, respectively.