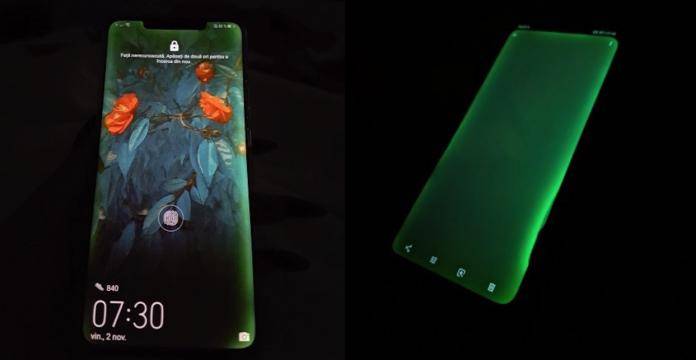 The Huawei Mate 20 Pro may be making waves when it comes to premium features and design but it’s not really perfect. The smartphone has been reported to have a faulty green screen. It’s not a widespread problem and it can actually be replaced. No, we’re not talking about the display getting replaced but the phone especially if you live in Finland. You can get a new phone without charge if you have a faulty display. The green tint appears in some situations and there is no official explanation from Huawei.

A Huawei executive made an unofficial statement and said they are investigating why a small part of phones turn green in some countries. In Australia, Optus confirmed the problem and said “that all units tested exhibited the green tint to varying degrees”.

Testing has shown that the failure manifests when the display brightness is set to zero and viewed in a low ambient light environment and only when viewing a dark screen. We can confirm that the failure doesn’t inhibit the issue of the handset or pose a danger. We will continue to offer a replacement from good stock or a cancellation/refund (if you’d prefer)

The company will replace the phone or cancel or refund depending on what you want.

We’re not certain about the information but the LG display used by Huawei could be the reason. About 91% of all the problematic screens came from LG, the rest were from BOE.