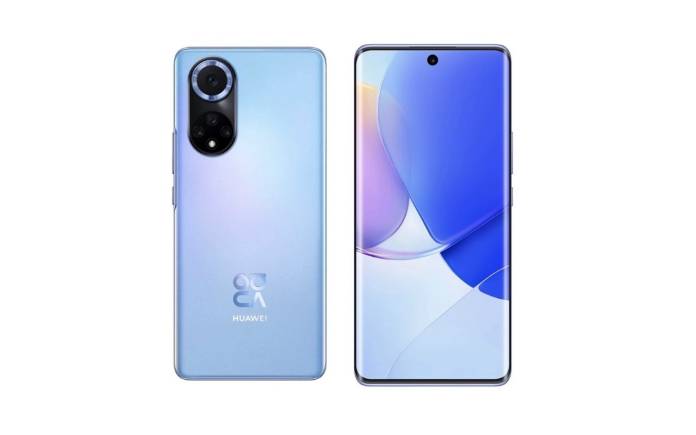 Back in September, the Huawei Nova 9 and Huawei Nova 9 were officially announced. This week, the Chinese OEM is releasing the Nova 9 in Europe with an 120Hz OLED display, Snapdragon 778G processor, and 66W fast charging. Huawei is still restricted in the United States but not in Europe. It seems Huawei will still continue to release new phones as we have seen so far this year. There is the Huawei Mate X2 and the Huawei P50 flagship devices.

The Huawei Nova 9 is a mid-range smartphone that comes with a quad camera system. It may remind you a bit of the Huawei P50 especially with the camera module shaped like a pill. Inside the two concentric circles are four cameras.

The quad camera setup is headlined by a 50MP primary located in one circle. The three other cameras are in another circle: 8MP ultra-wide, 2MP depth sensor, and 2MP macro plus a flash.

The Huawei Nov 9 is ready in three colors options: Black, Crush Green, and Starry Blue. The large OLED screen measure 6.57-inches. It has a punch-hole for the front-facing camera.

The FHD+ panel offers 300Hz touch sampling rate and 120Hz refresh rate. The phone runs on Snapdragon 778G SoC with 8GB of RAM and up to 256GB of onboard storage. There is a 4300mAh battery that supports 66W wired fast charging.

The €499 Huawei Nova 9 will be available in Europe by next month. To review, other specs include a 32MP selfie camera, USB Type-C port, 4G LTE support, Bluetoth 5.2, dual-band Wi-Fi 6, and NFC. Expect EMUI 12 based on Android 11 will be implemented.