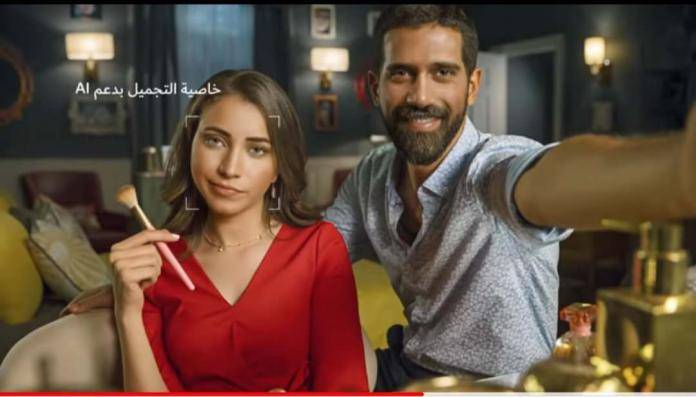 We’re not sure what is happening here but Huawei, the top Chinese OEM, has just posted an ad that describes the front-camera of the Huawei Nova 3i. It seems like an ordinary image but apparently, the scene wasn’t taken using the new Nova phone. The image was in fact captured using a professional DSLR. How do we know? This leak is thanks to the female model in the photo who shared behind-the-scene photos. We have a feeling she’s in trouble for the mishap.

Actress and model Sarah Elshammy (@sarahelshamyy) who has 1.3 million followers on Instagram is said to have posted an interesting photo of the time she was shooting the ad. She even tagged @huaweimobileeg and used #HuaweiNovaEG and #HuaweiEG as hashtags. 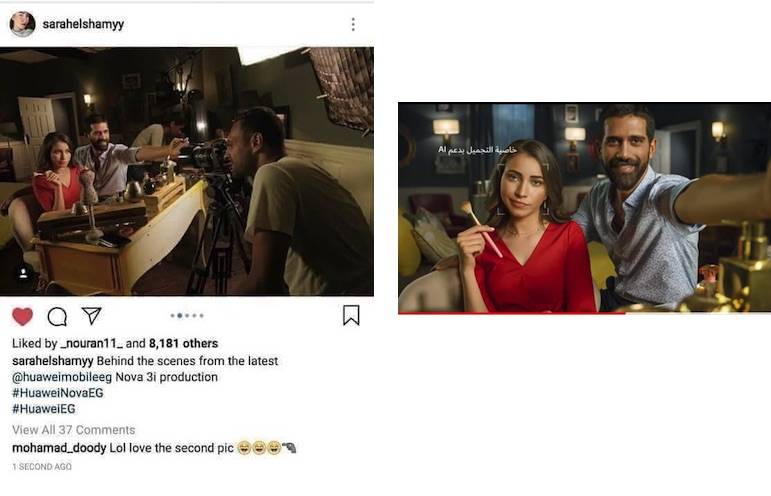 The photo is no longer available on Instagram. We checked the IG profile and see an official ad. Could this be damage control? Probably. We bet Sarah is in hot water now. 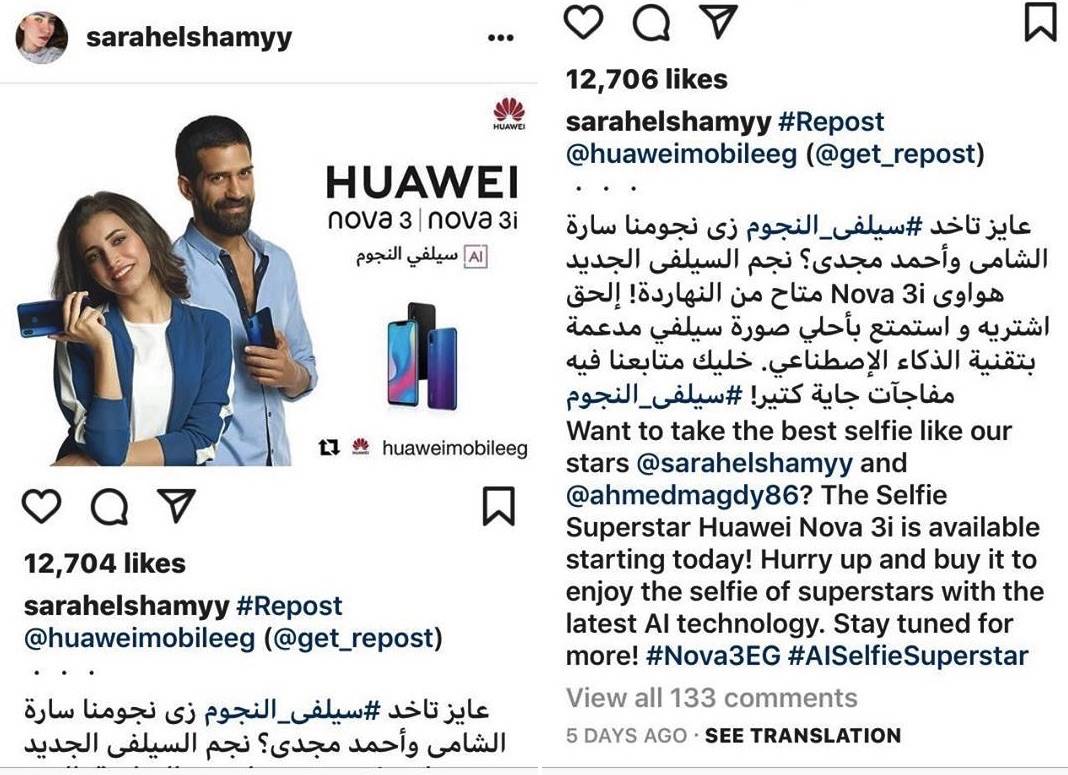 The behind-the-scenes photo shows there is no smartphone being used. This tells us Huawei was just faking it. There is a possibility the management doesn’t know about this. The team behind the shoot know the truth and is responsible.

The photo has been deleted since but upon checking the model’s IG page, we see she used to post photos using an iPhone. We can’t tell what model but it’s definitely an iPhone. 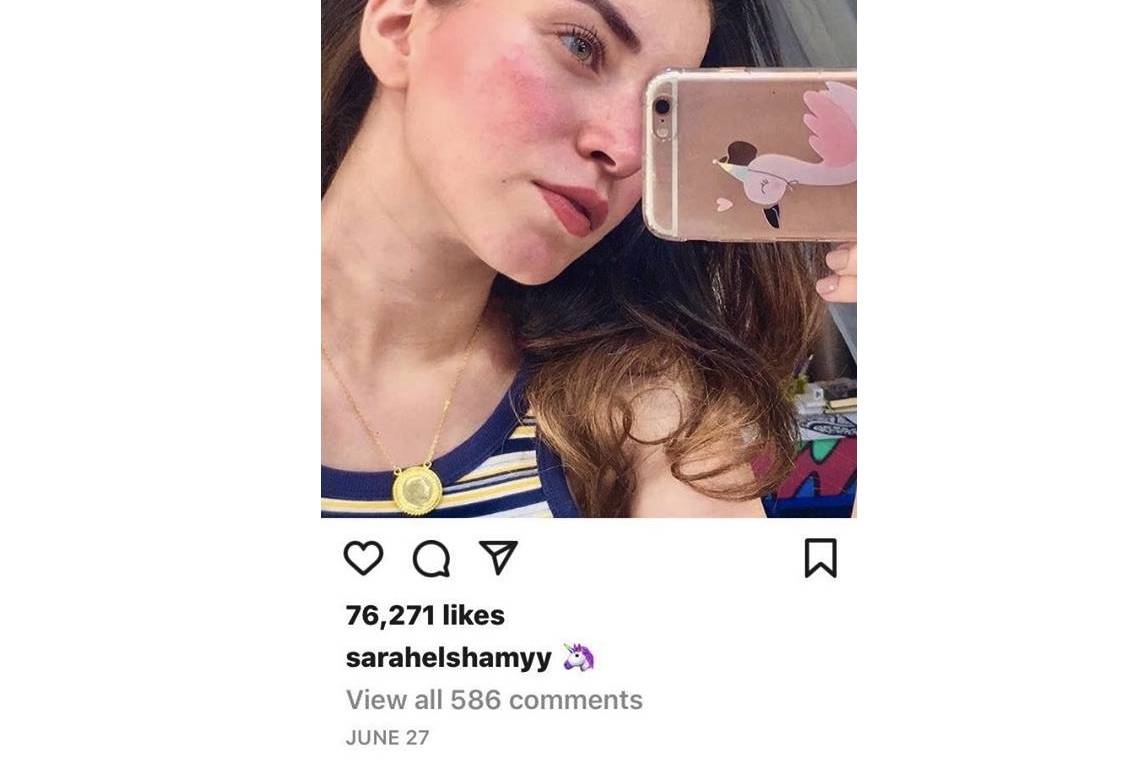