Huawei isn’t launching a new premium flagship smartphone at the Mobile World Congress in Barcelona, Spain but the company may show off a new MediaPad tablet. The Huawei MediaPad M5 10 Pro was recently presented by Roland Quandt on WinFuture complete with a metal body design, 4GB RAM, 32GB or 64GB storage, 2560 x 1600 resolution, home button on the side, and fingerprint reader also on the side. This model is actually just one of the three the Chinese top OEM is expected to reveal. There’s also the standard MediaPad M5 10 and the smaller MediaPad M5 8.

The tablet has ‘Cameron Pro’ for a codename as per an old leak. We find this particularly interesting because it is the most powerful with 4GB RAM, 64GB internal storage, M-Pen stylus support, and LTE connectivity. Pricing may be around €520 which is $638 in the US. That’s in the premium category but take note this is already the Pro variant. 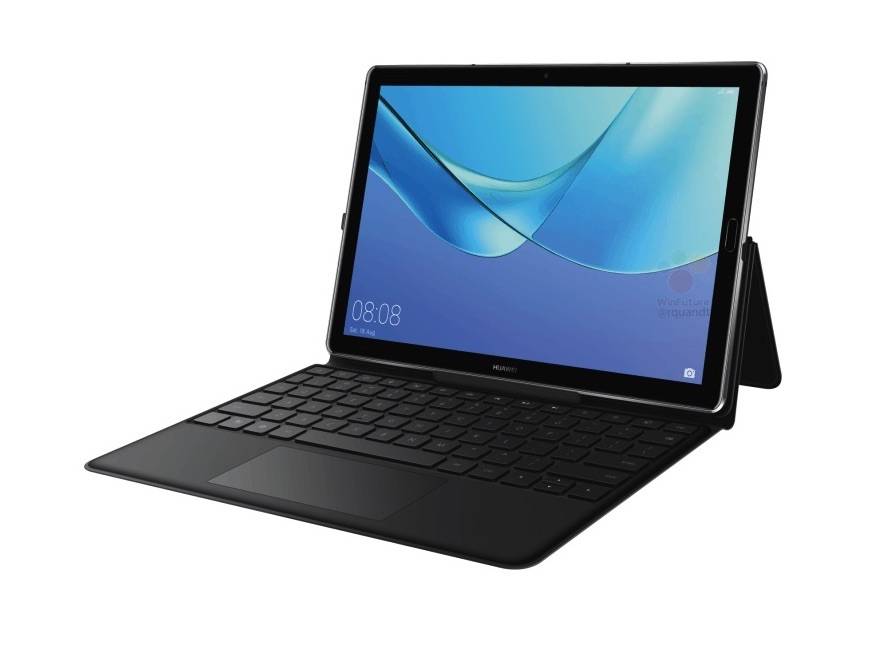 This can be considered a hybrid or convertible tablet because you can connect a Bluetooth keyboard or a Keyboard Folio Cover to it. If you plan on working on documents or anything that requires typing, you can just bring the tablet with you anywhere you go. Use it as a regular tablet or convert it to a laptop. There may be limits while on laptop mode but it’s good enough for basic computing.