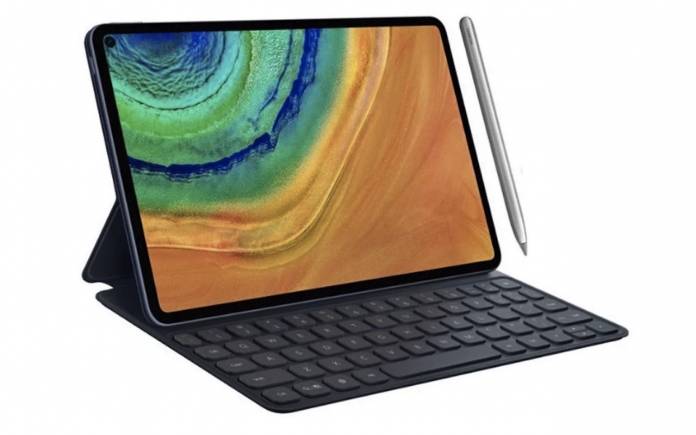 Huawei is expected to launch a new tablet in the form of the Huawei MatePad Pro. It appears to be the same as the MediaPad M7 that was mentioned a couple of weeks ago complete with image renders. Evan Blass (@evleaks) has shared new information about a new tablet that is said to rival the iPad Pro with its premium design and specs. We can’t say it’s an Android tablet because you know, Huawei is no longer allowed to sell new mobile devices with Android OS.

The Huawei MatePad Pro could be mid-range to high-end with the specs and features. It will be better than old MediaPad models. Sources say the device will come with a punch-hole selfie cam plus very thin bezels for an almost bezel-less display.

The MatePad Pro is called ‘Marx‘ internally but Blass said it will be officially known as the Huawei MatePad Pro. Since this is a ‘Pro’ model, the tablet is expected to support the M-Pen–Huawei’s very own stylus. We can also expect speakers at the bottom and USB-C port. We’re not sure about a 3.5mm headphone jack but we won’t be surprised if it won’t have any.

If the tablet will not run on Android 10, and we highly doubt that, then maybe we’ll just see EMUI 10 powering the mobile device but with no access to Google services or the Google Play Store. It is our assumption that the tablet will just run on EMUI but without any mention of Android just like when the Mate 30 series was introduced.