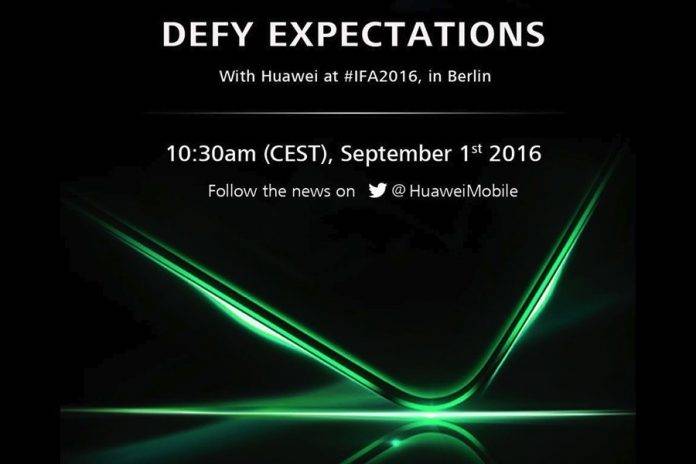 Could this be the Huawei Mate S2? The Chinese OEM is expected to launch another model in the coming weeks. At the IFA 2016 in Berlin, we’ll get to see this mysterious device that was recently the subject of a teaser. The image is an invitation to a launch where the new smartphone will be announced. Last week, we said the Mate S2 might be a Nexus 6P lookalike and with a possible launch on September 1.

Looks like there is truth to it as Huawei already sent out this poster. It only says “Defy Expectations” so we’re “expecting” that this will be something totally “unexpected”. Okay, so that can be confusing but this phone must be really special. You see, we have our expectations in a next-gen device, listing possible specs and features, but who knows, Huawei may surprise us this time and wow the whole mobile industry.

The Huawei Mate S2 was sighted on TENAA recently which means an impending announcement. We’ve been saying that based on the images posted on the Chinese FCC, the Huawei Mate S2 looks like the Nexus 6P which is also from the same company. We don’t have any new information, just the same from GFXBench: 5.9-inch FullHD (1080p) display, 2.6GHz Kirin 960 octa-core processor, Mali T880 GPU, 64GB onboard storage, and 4GB RAM.