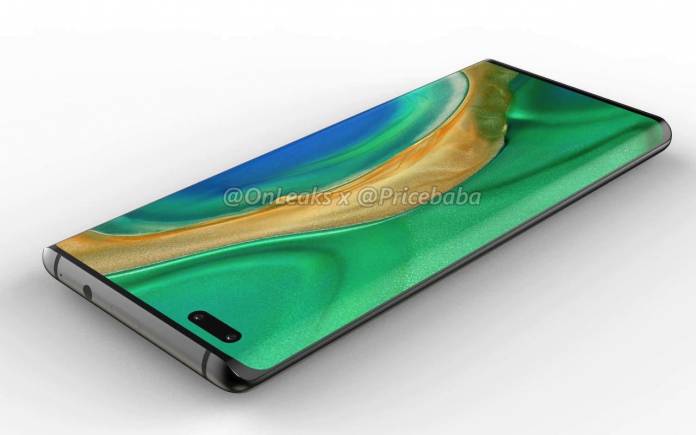 After the Galaxy Note 20 series is revealed, we can look forward to related stories that may feature its rival–Huawei’s P series. The top Chinese mobile OEM may unveil the Huawei Mate 40 and Huawei Mate 40 Pro sometime in the third quarter. This isn’t the first time we’re mentioning the series. Earlier in March, we said the Huawei Mate 40 may include a touch display with multifunctions. It may also get a FreeForm camera, 5nm Kirin 1020 SoC, and camera interface on the side panel.

The latest we have is a set of image renders of the Huawei Mate 40 Pro. The images show a waterfall display and a dual punch-hole selfie camera design. The device could still come with a curved display similar to the Mate 30 Pro. We’re guessing the non-Pro variant may only have a slightly curved screen or maybe a flat display.

The image renders were shared by Pricebaba. They were made in cooperation with OnLeaks. The screen is said to be 6.7-inches with an in-display fingerprint scanner, dual punch-hole cutout, and maybe physical volume buttons. Unlike the Huawei Mate P30, this one will come with a physical button. There is a SIM card tray (bottom) and a speaker grille or USB Type-C port. 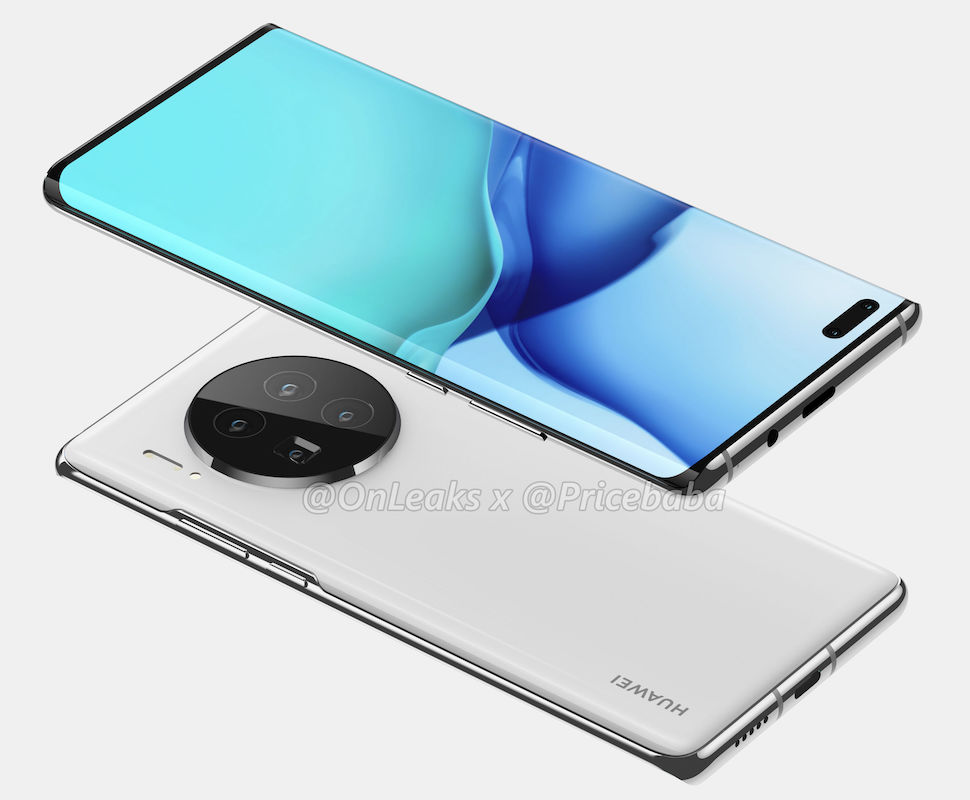 The images show some cutouts on the top edge. There could be sensors like an IR blaster. The rear camera setup includes four rear shooters. One could be a telephoto lens according to OnLeaks. We could see an LED flash and probably a depth sensor. Dimensions could be 162.8 x 75.5 x 9mm (10.4mm with camera bump).

A 5nm HiSilicon Kirin 1020 processor could power the Huawei Mate 40 Pro. We’re not sure if it will come with 5G support already. Don’t expect Google services or apps here.