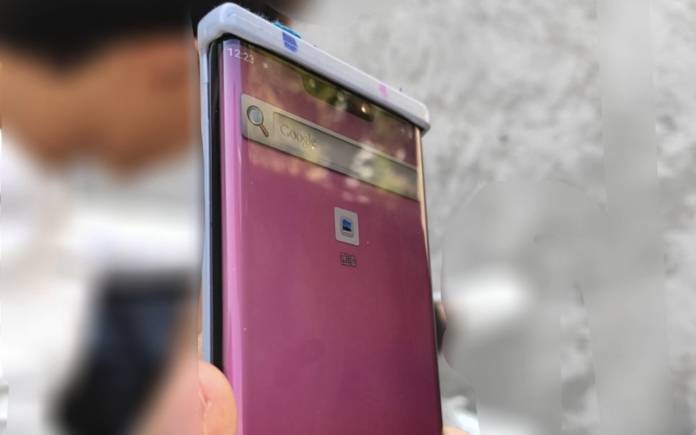 Nothing much to say here but this is the first time the Huawei Mate 30 Pro has been sighted in the wild. Every time, it’s only just the Mate 30 except for that set of Huawei Mate 30 Pro renders and 360-degree video that appeared earlier this month. We remember mentioning the Mate 30 Pro will also come with a better camera system than the Galaxy Note 10. Our favorite Chinese leakster has shared a photo of what is believed to be the Huawei P30 Pro.

The image appeared on Weibo and then shared on Twitter, so there is a big possibility it’s real. It was photographed in the street in China. We can’t see the rear side but this one clearly shows the edge.

The phone is bezel-less, at least, on both sides as the screen extends to the sides. There is no pop-up camera as a wider notch is available, featuring what a appears to be a dual selfie camera with LED flash.

There appears to be a white bumper but we’re assuming it’s only for this demo or prototype unit. It’s also larger we’re thinking it can be difficult to type or use with one hand. But then again, that’s what Pro and XL really offer–a bigger mobile phone experience. 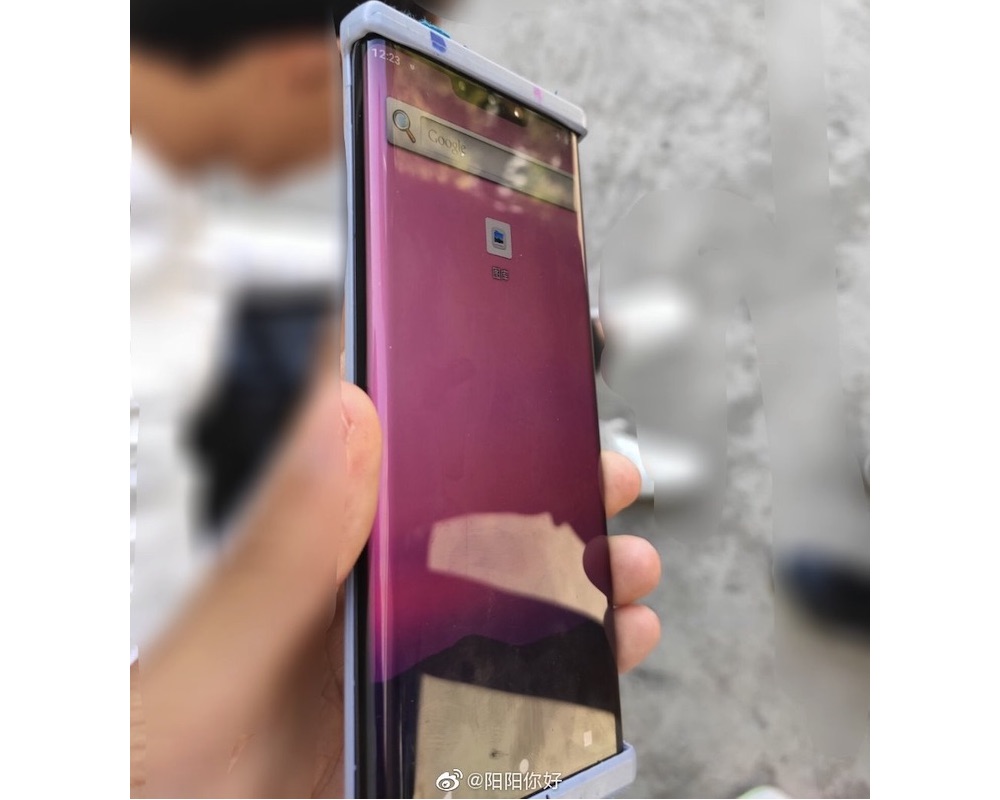 To review, here are the specs and features we know of the Huawei Mate 30 Pro: penta-camera setup, 4K 60fps video recording support, Kirin 990 processor chipset, and 25W fast wireless charging. The teasers we’ve seen before appear to be for the real thing with the same notch shape.