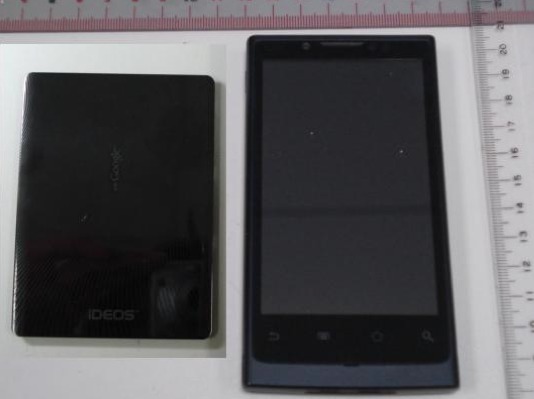 An FCC application today reveals a rather plain (or should I say simple, and simply lovely looking) Huawei smartphone set to run Android. This is a previously unannounced phone and is also referred to as Ideos X6 / U9000. In the document it is written that this smartphone has a gigantic touch display, GSM/EDGE and AWS spectrum bands, works with Wifi, and has a camera with flash. Further details about the camera are revealed in the draft user manual where it says the camera is 5 megapixels and that the device supports HDMI out and has a mic! Just what I’ve always wanted!

AWS support on this device says to us that it’s going to be carried by T-Mobile. Again, this is an unannounced device, but generally filings come right around the time the first announcement is made – so pump it up! Everyone should have one big fat touchscreen on which they can tap – this is that!

Check out the full filing at the [FCC]