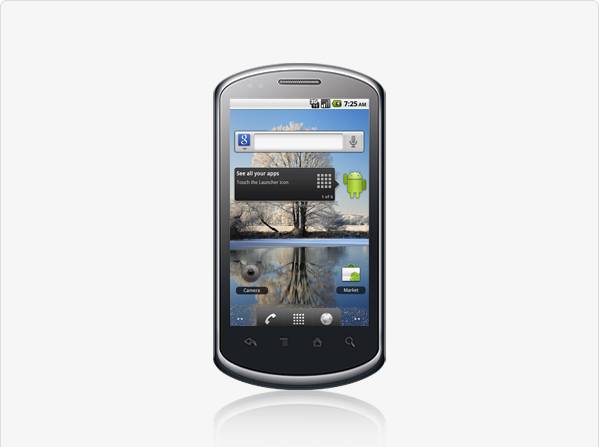 At the beginning of the month, Huawei showed off a pair of their upcoming Android-powered smartphones. Unfortunately, while the image worked as a general tease, there wasn’t a lot of information tagged along for the ride. Sure, we covered the basics, but some people want to know all the little details. So Huawei was happy to oblige. They’ve officially released the technical specifications for the IDEOS X5, adding to what we already know with all of the little details some folks out there may love.

The X5 features a 3.8-inch capacitive touchscreen display, with a resolution of 800×480. It has A-GPS and an integrated compass, along with Bluetooth 2.1 connectivity with A2DP.There’s a 3.5mm audio jack as well. On the back, you’ll find a 5MP camera with autofocus, which has the ability to capture 720p video. If you’re fan of having an eReader application preinstalled, then you’ll be happy to know that Huawei has decided to throw in the Aldiko eReader. You also get all of the standard Google services, like Talk, and Gmail.

The device will run Android 2.2 out of the box, and will obviously support Flash Player 10.1. What we’re still missing on the sheet: any kind of mention of the processor under the hood. The original tease of the device had the X5 pinned for a 1GHz processor some kind, so we’ll go ahead and cling to the hope that Huawei stuck to that plan.

[via Huawei; thanks, Dave]