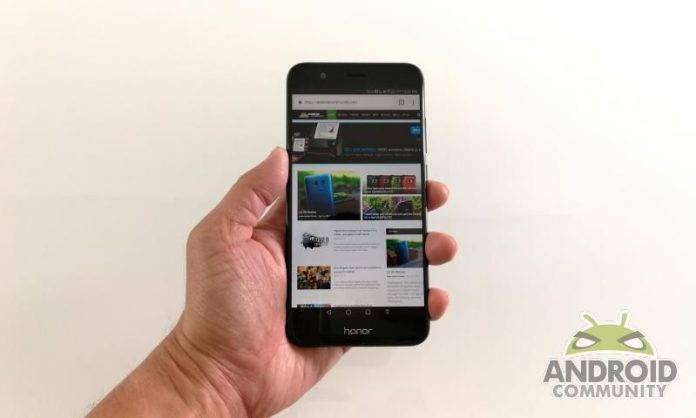 With all the media coverage afforded the likes of Samsung, LG, and even HTC, it might be too easy to forget that there are other players in the market equally deserving of attention. Especially when those other players hail from a country half way around the world. Honor, Huawei’s sub-brand, has tried to make its presence known in the West, especially in the US, but so far its premiere smartphones have bordered on the mid-range and ordinary. Imagine our surprise, not to mention delight, when Honor brought out the Honor 8 Pro, a flagship smartphone in budget-friendly clothing. Here are some juicy facts about this unexpected contender.

You know all those aphorisms about not judging a book by its cover? It absolutely applies here. But, let’s face it. The Honor 8 Pro is a dead knocker for in iPhone. Well, almost. It’s got that all metal, no glass (except in the front, of course) design that stands in stark contrast to this year’s flagships. Pretty much like last year’s iPhone. It even has those antenna lines, though Apple has definitely perfected the art of making them look ugly. 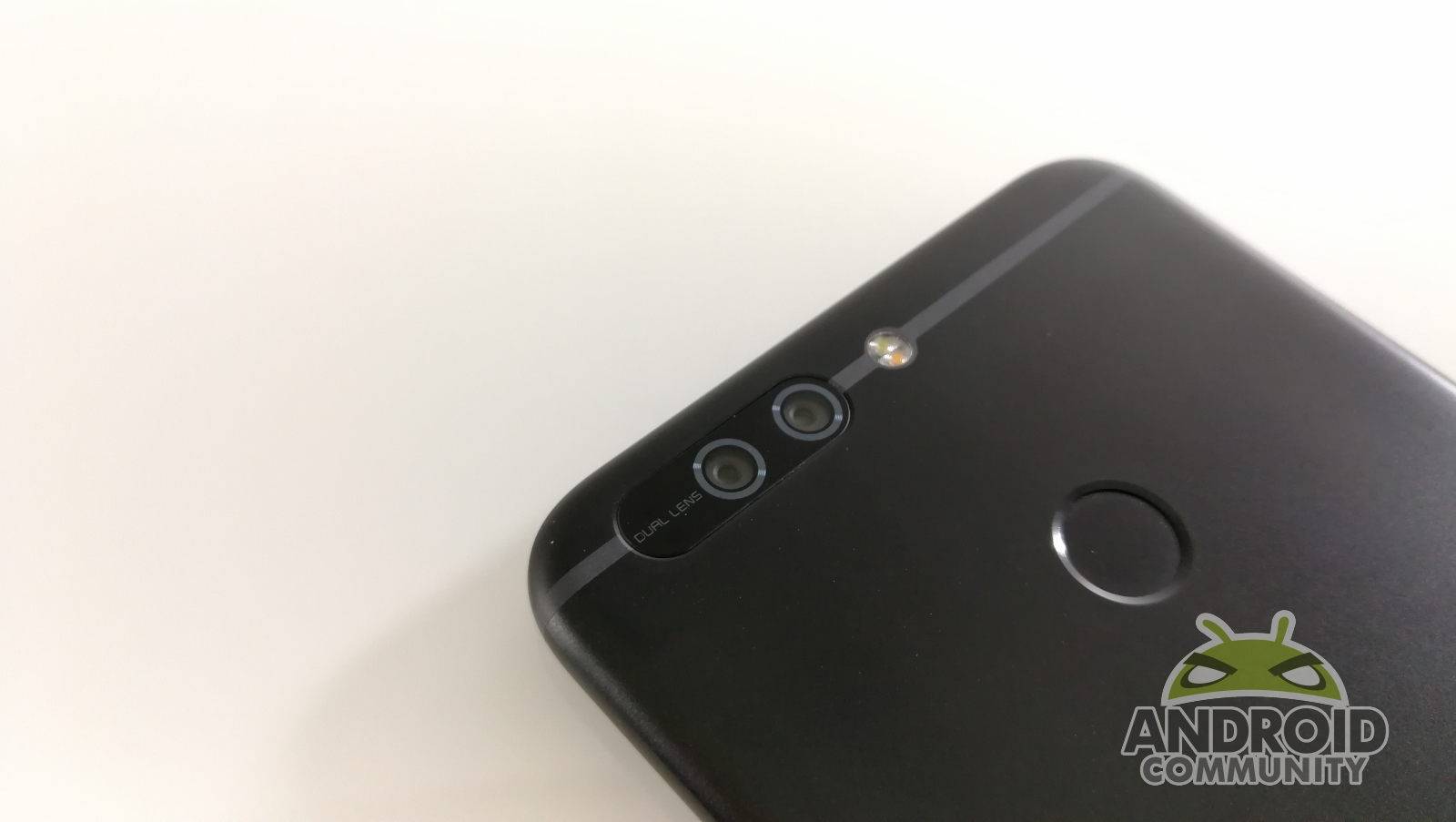 One thing that the Honor 8 Pro does different, not to mention better, is the camera bump. It just isn’t there! At 6.97 mm thick, that number already includes the camera as well. Since it isn’t jutting out of the body, the camera isn’t prone to being more exposed to materials and surfaces that could potentially scratch it.

It has (almost) the same specs as the Huawei P10 Plus

The Honor 8 Pro definitely deserves to get another, deeper look. And by deeper, we mean the specs of the smartphone. That’s because when you peel away the iPhone-esque shell, you will see a rather impressive set of components that can almost go head to head with Huawei’s own premium smartphone, the Huawei P10 Plus.

It has the same 2560×1440 screen resolution, though spread over a larger 5.7 inches. It matches the higher P10 Plus configurations with a whopping 6 GB of RAM and 64 GB of storage. It is even powered by the very same Huawei Kirin 960, which we’ll get into later. Of course, there are some differences, mostly in the camera. But overall, the Honor 8 Pro can definitely rub shoulders with this year’s stars.

Here’s the full monty for those specs:

It’s even better in some cases

While nearly identical, the Honor 8 Pro is, of course, not Huawei P10 Plus. In some cases, like the camera, build, and pixel density, the Huawei flagship definitely has an edge. Some, however, might prefer the Honor 8 Pro’s larger screen.

The one area where the Honor smartphone does surprisingly better is battery capacity. The 8 Pro has a large 4,000 mAh pack, a slight but significant jump over the P10 Plus’s 3,750 mAh. It’s advertised to last 30 hrs on a single charge even when 3G is enabled. On standby, it can go for 21 days even! Definitely a bold claim to make. But even if you were to drain the battery, Honor says it only takes less than 2 hours to charge it to full again. 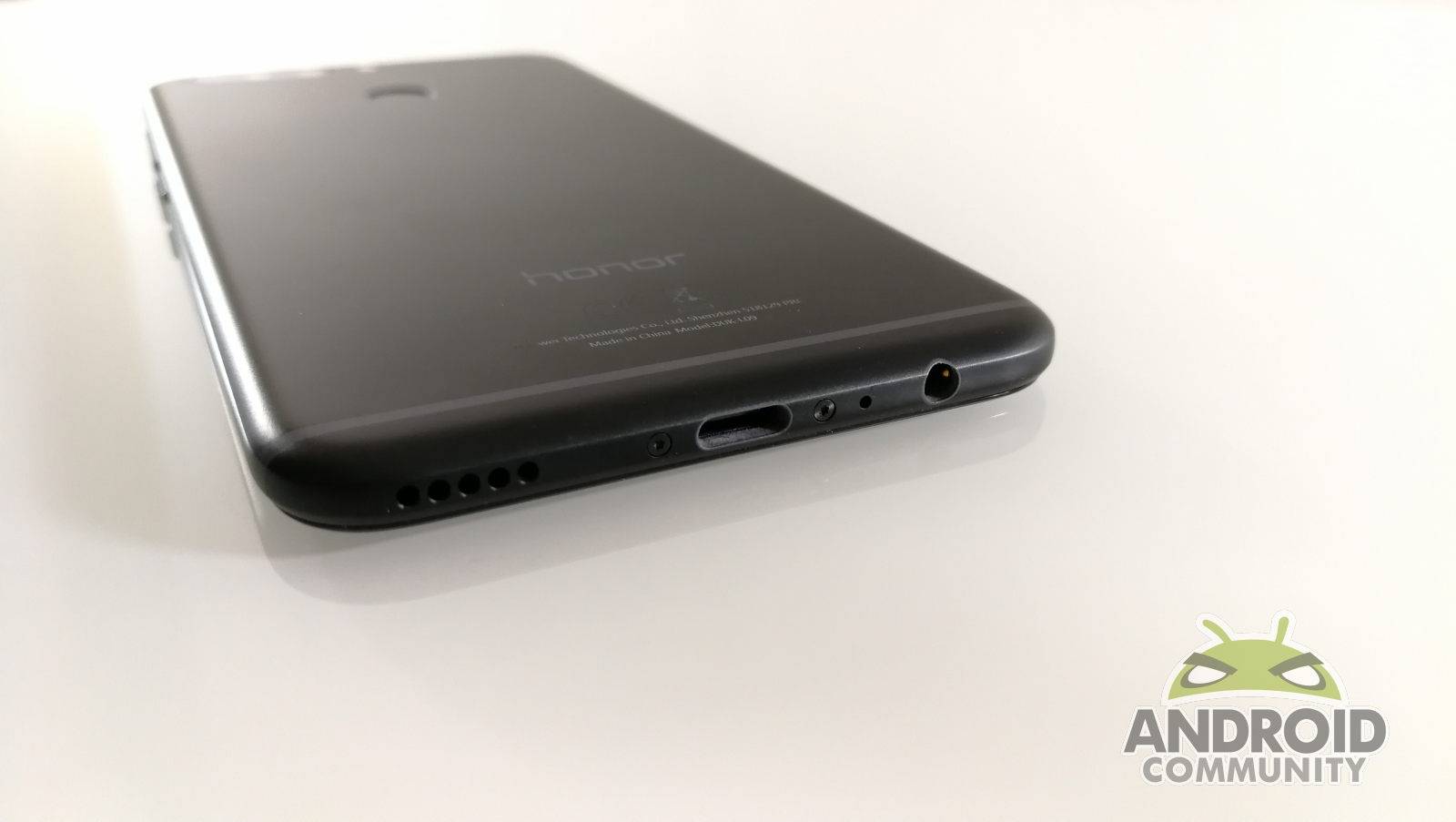 The Huawei Kirin 960 is largely underestimated

In the next few weeks, there will be a great deal of attention placed on comparing the Qualcomm Snapdragon 821, like that in the LG G6, with the newer Snapdragon 835, or even the Exynos 8895 on the Samsung Galaxy S8. That doesn’t mean, however, that they’re the only game in town. And no, we’re not talking about MediaTek or even Apple’s A chips.

Xiaomi has only begun and LG can only dream, but Huawei has long been making and putting its own mobile processors inside its smartphones. In the past, performance of the Kirin processors were on the lower side. With the Kirin 960, however, even the Kirin 955 before it, Huawei is daring to play in the big leagues. Performance and benchmarks of the Kirin 960 have been comparable with the Snapdragon 820, which remains one of the better processors this year, despite the Snapdragon 835. Should Huawei decide to spin its processors into a business of its own, the likes of MediaTek, even Samsung, should perhaps take notice.

There is no Leica lens, but that’s OK

Part of what makes the Huawei P10 Plus more impressive, and more expensive, are the cameras. Especially the Leica lens that graces not only rear main camera but also on the front camera. None of that is on the Honor 8 Pro, of course. Not only that, but the cameras on the Honor 8 Pro are understandably inferior to the P10 Plus. There are only a pair of 12 megapixel sensors, one RGB and one monochrome, with a smaller aperture of f/2.2.

Don’t let those numbers scare you. The Honor 8 Pro is an actually perfectly fine smartphone camera. It practically has the same camera specs as last year’s Huawei P9, sans the Leica lens again. And the P9 is credited to have helped catapult Huawei’s name to the global, especially the Western, market. The Honor 8 Pro takes vivid, crisp, and detailed photos but trips up in low light situations like many of its kin. To be fair, even the Huawei P10 Plus, with its f/1.8 lens, sometimes has trouble here as well. 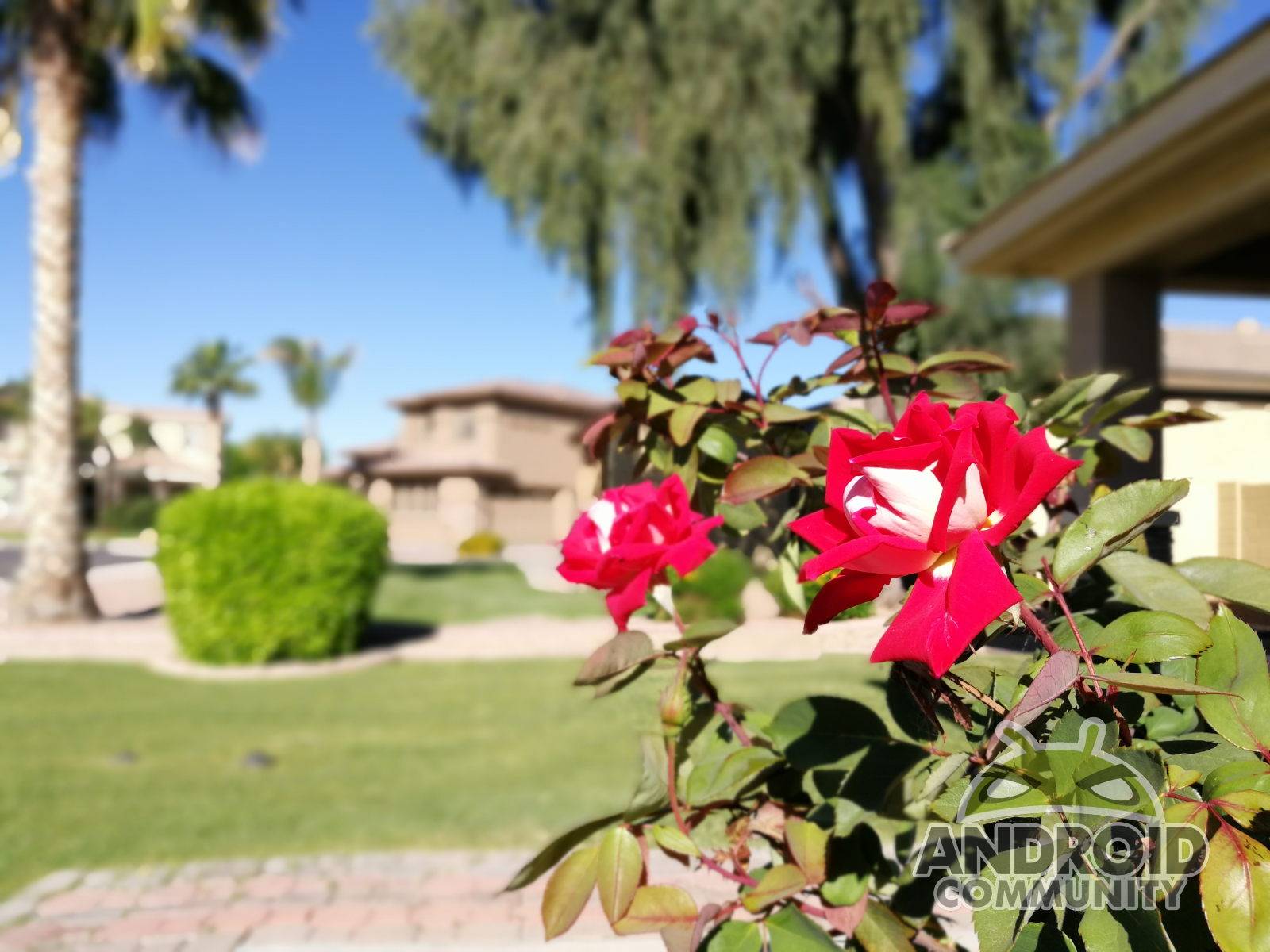 Though lower spec’d, that doesn’t mean the Honor 8 Pro’s camera is less featured. There are tons of effects and modes included in the Honor 8 Pro, including the now popular “bokeh”. Honor calls it the “wide aperture mode”, where the background is blurred to make the foreground pop up even more. There is also “Beauty Mode”, of course, and super night mode for those very dark and tricky shots. Interestingly, Honor notes that wide aperture mode and even beauty mode works for video as well. 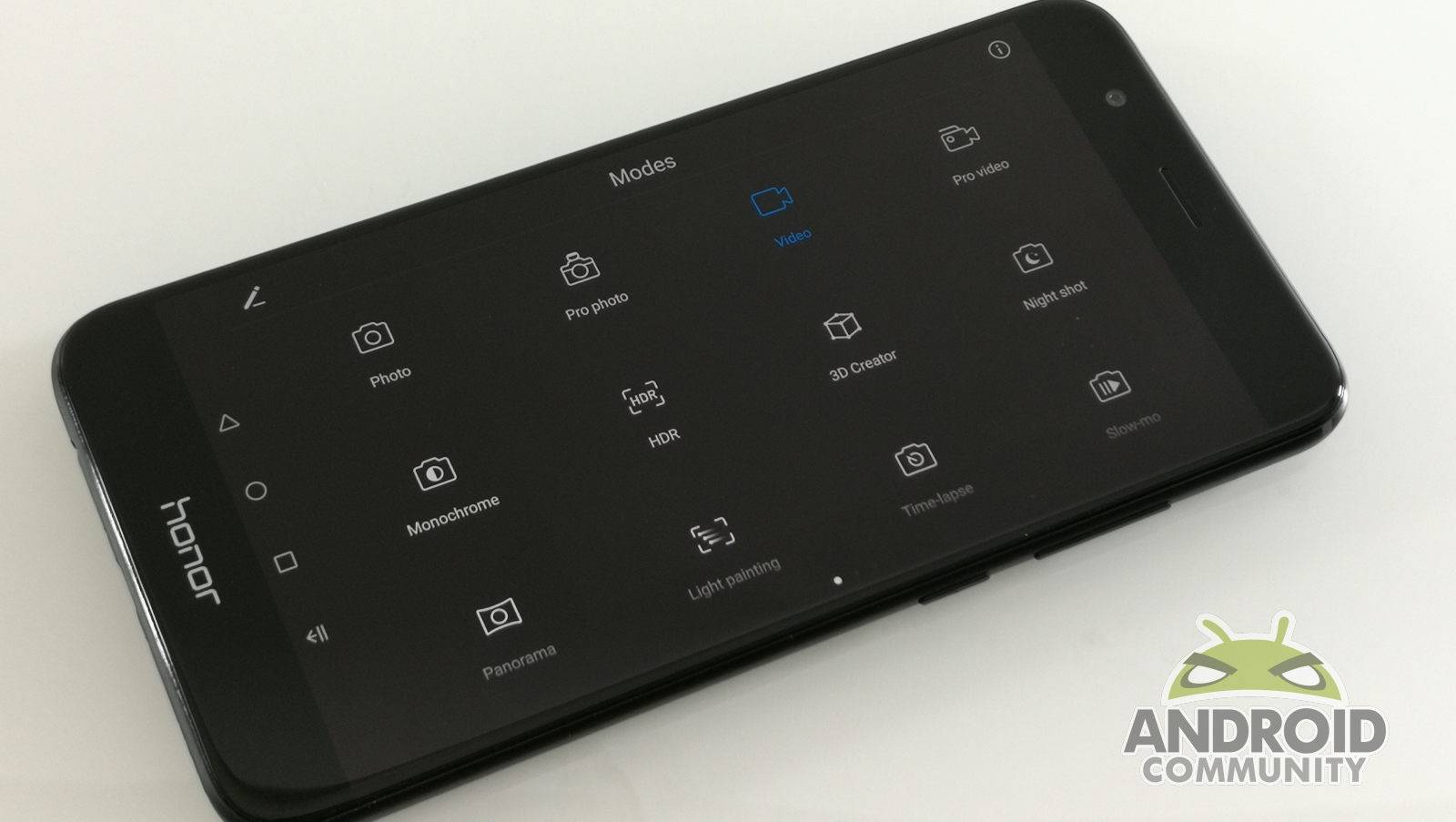 The Honor 8 Pro comes with Android Nougat, only 7.0 though, right out of the box. You might presume that to be a given by now, but you’d be surprised at the number of new devices that are coming out with Android Marshmallow. With Nougat, users can take advantage of the larger screen for split-screen multi-tasking. It is no G6 with its 2:1 ratio, of course, but the functionality and the space are both there to be exploited. 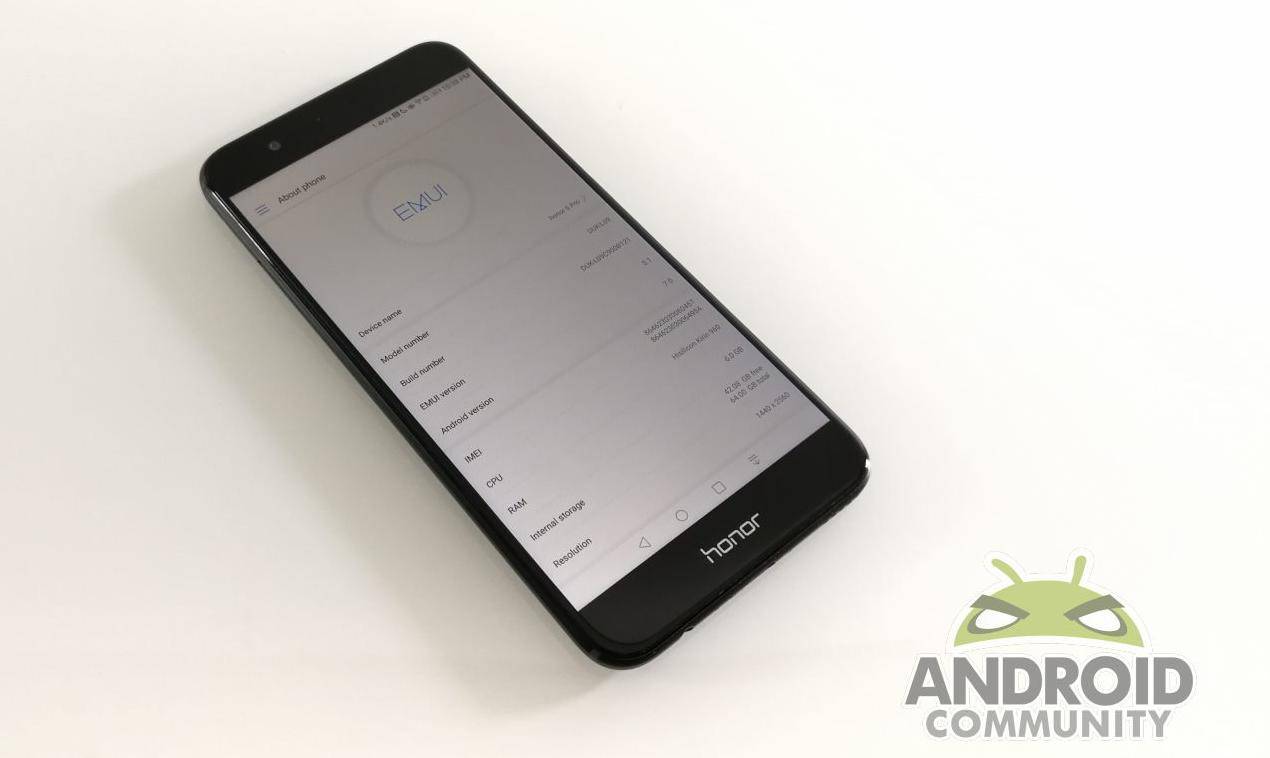 The smartphone also ships with Huawei EMUI 5.1, which is significant for a few reasons. While Huawei may not have its own smart assistant, it does claim to have a smart UI. EMUI 5.1 applies some machine learning features to make the phone learn about your app habits and optimize performance around those, like pre-loading often used apps in advance. It also tries to predict where you will tap next and pre-loads the next action, making it seem magically faster.

It’s price is to die for

Last, but definitely not the least, the Honor 8 Pro is hard to beat when it comes to bang for buck. Although it has the makings of a high-end premium flagship, Honor surprisingly isn’t selling it as such. While US availability remains a question, at least in the UK the Honor 8 Pro, bundled with some freebies, carries a 474 GBP price tag. That’s give or take $590. In comparison, the LG G6’s full retail price starts at $650 while the Samsung Galaxy S8 is a hundred dollars higher. The Huawei P10 Plus itself, whose US availability is also still up in the air, costs just as high. 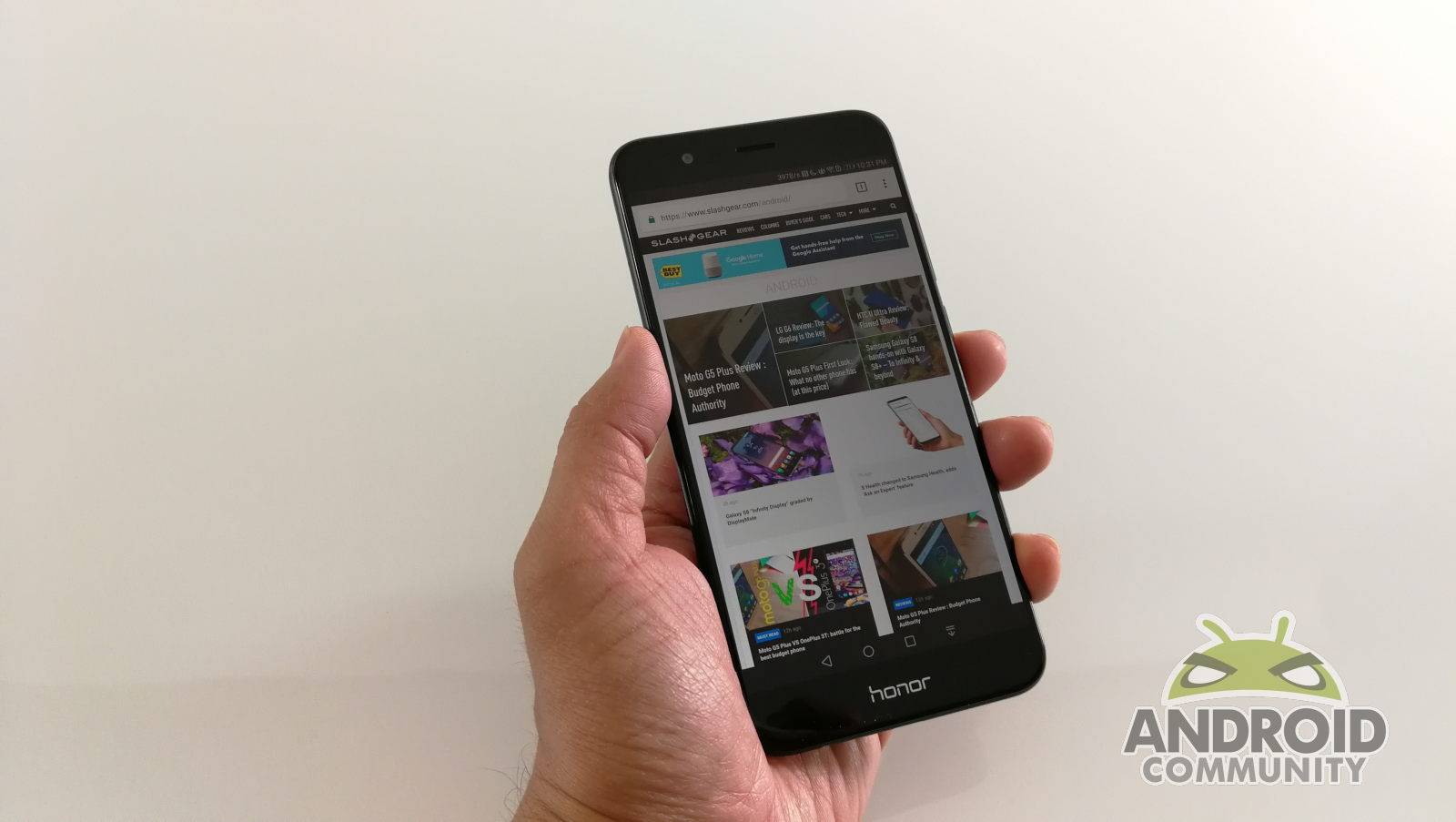 So maybe you won’t have a FullVision screen or Infinity Display. You won’t have lenses coming from a famed camera maker. And you won’t have fancy features like a new smart assistant, two square screen side by side, or iris recognition. But at $590, you will get almost the best hardware and the best features. That makes the Honor 8 Pro the smartphone to beat this year.