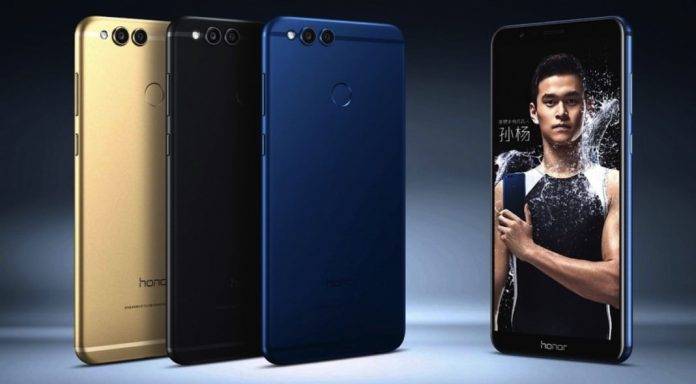 The Huawei Honor 7X was first launched in India as an Amazon-exclusive offering. It went up for purchase in the United States the following month and will soon reach more markets in Latin America. Before its official release in China, it was sighted on TENAA and Geekbench. The Honor 7X is usually offered with the View 10 but this time, we’ve got information about a software update promised earlier this month. Aside from Face Unlock, the top Chinese OEM also brings smart lock screen notifications and new AR lens plus accuracy optimizations for the Weather app.

Face Unlock is a biometric authentication feature that will unlock a device with your face. It doesn’t sound right but really, phone is unlocked when the correct face is recognized. The update brings such feature which can be enabled by proceeding to Settings > Security and privacy > Face Unlock.

The phone also gets the AR lens for better and more fun selfies. Check Camera > Modes > AR lens and see for yourself what else you can do with the updated feature. The Weather app is more accurate now especially when it comes to city names. This is important because specifying the exact location will yield the correct information. The latest January 2018 Android security patch is also included but we’re not sure if Meltdown and Spectre CPU vulnerabilities are addressed.

VIA: The Android Soul