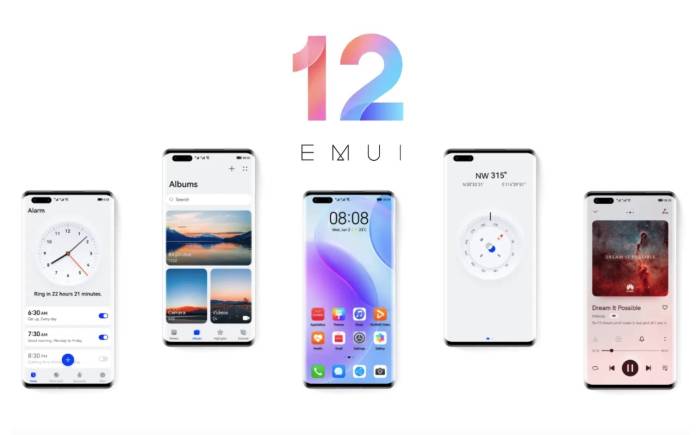 Huawei is no longer the top Chinese mobile OEM. We don’t think it will ever recover anytime soon but it doesn’t mean the company will just stop. We believe it still is doing its best. We can still look forward to new products, major OS upgrades, and minor software updates. EMUI 12 is expected to roll out to different Huawei phones. The EMUI 12 update is specifically designed for Huawei phones and tablets that won’t receive HarmonyOS–this means Huawei phones that are released outside China. It will still offer some HarmonyOS features.

The new user interface presents three main colors: Black, White, and Blue. Check out the new control panel. The animations were inspired by nature so interactions will come out vivid and natural.

The EMUI 12 update delivers an all-new Control Panel. It lets you access frequently used settings with a simple swipe down. You can now easily and quickly manage audio files, WiFi networks, and Bluetooth devices. There is the Device + Smart Collaboration that lets you quickly switch between devices.

Some enhancements on the Control Panel also include easy transfer of audio from device to wireless devices, video to a smart screen, or edit photos from the phone on a laptop. Expect faster loading of apps and webpages and faster system response with the update.