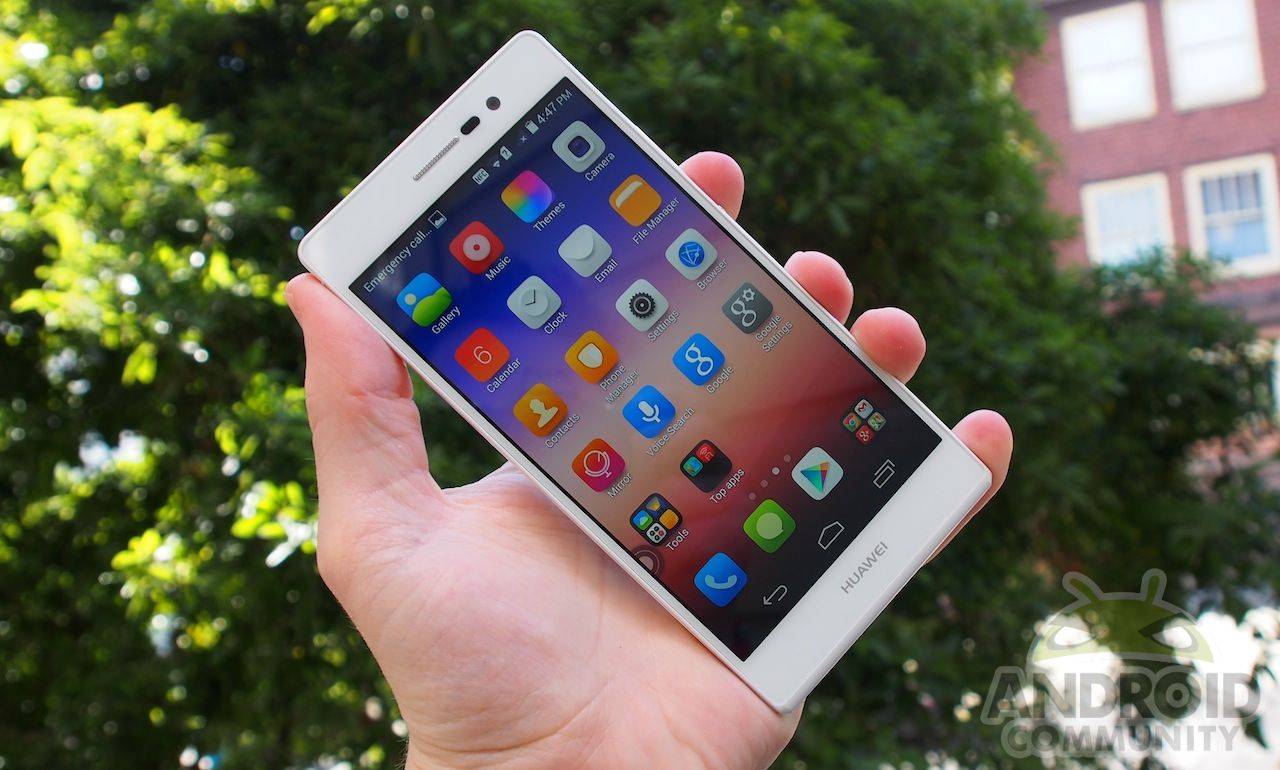 The Huawei Ascend P7 comes to the public with a set of specifications that suggest it’s readiness to fight the best on the market. With a 5-inch in-cell display with 1920 x 1080 pixels across it – that’s 445PPI. With Android 4.4 KitKat right out of the box and Huawei’s own “Emotion UI” 2.3 and a camera with 13-megapixels of power across its back, there’s no reason – at first – to deny that it’s one of the best smartphones headed to market this season.

Users will be making use of that RAM with a HiSilicon Kirin 910T 1.8 GHz quad-core chipset. That processor works with a Mali450 GPU and 28nm HPM technology.

You’ll find WiFi 802.11 b/g/gn, NFC support, and connections along EDGE, GPRS, HSPA+, and LTE Category 4. In other words, this device isn’t – at first – appearing ready for the United States.

Covering the display up front is a pane of Corning Gorilla Glass 3. Inside is a 2500mAh lithium polymer battery.

The front-facing camera is an 8-megapixel shooter with a 5P “non-spherical” lens. Along the back you’ll find a 13-megapixel camera with AF f/2.0 aperture and a Sony 4th-gen BSI sensor. There you’ll find another 5P non-spherical lens and a number of features we’ll explore in our full review. 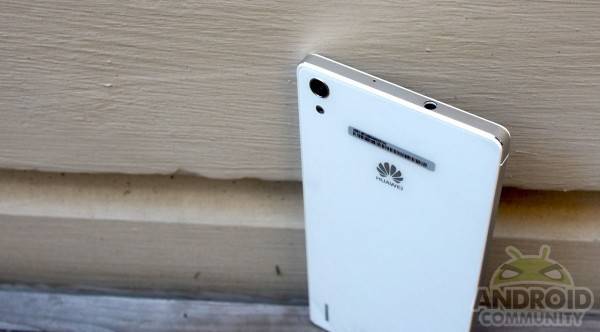 In-particular we’ll be checking on this machine’s 1.2-second Ultra Snapshot function. There’s also a voice-activated snapping function and several features which Huawei suggests will enhance how we take selfies and “groufies.” Yes, “groufies,” that being self-taken photos with multiple people.

With the quality of both cameras we’ve seen thus far, you can rest assured we’ll be going in-depth with the camera quality for our full review. Stay tuned!

With Huawei Emotion UI 2.3, you’ll find a number of rather strange – and welcome – unique features. There’s a “harassment filter” as well as a “do not disturb” switch. In addition to a built-in virus scanner, you’ll find a permissions manager software suite as well as network management tools. 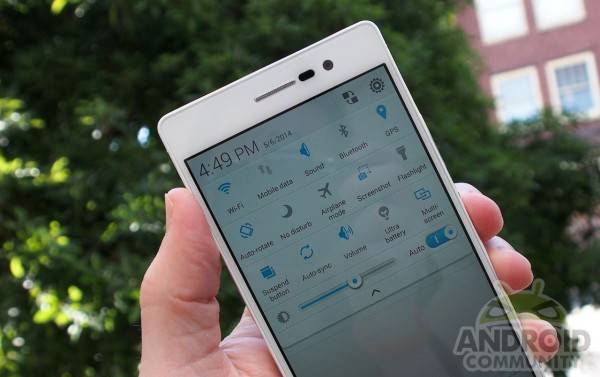 Google Play is present in this device, so you’ll also have full access to Google’s full collection of official Android apps.

You’ll find Android looking familiar and yet very different from its original form in Huawei’s most recent take on the operating system. Entirely usable and ready to take on the regions in which this phone will launch.

We’ll have a full review of the Huawei Ascend P7 soon, and very soon. We’ll be exploring its photography and videography abilities with its back and front cameras especially, along with the quality of its build. 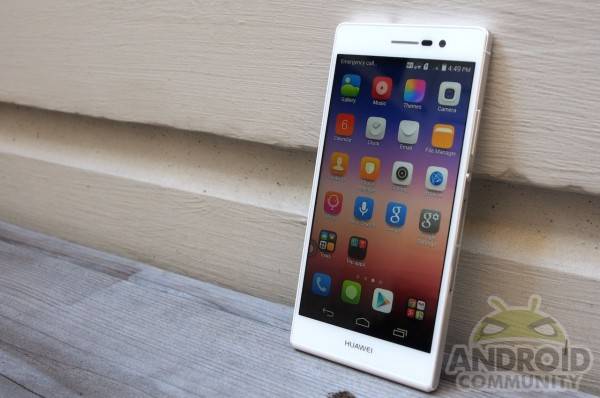 This device will be coming to several regions internationally. It’ll be available in in Black, White, and Pink as well – and we’ll have information on pricing soon.