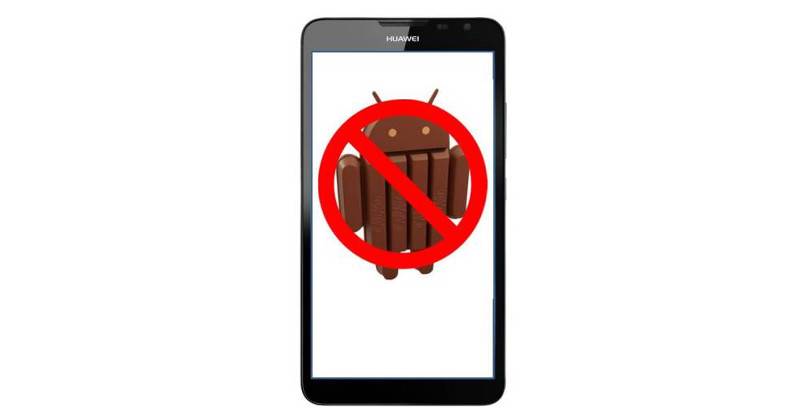 In our excitement over Android 5.0, we might have been guilty of forgetting that there are those who still live in a Jelly Bean world. As if to douse cold water over enthusiasm, Huawei‘s US outfit has just announced that its previous flagship, the Ascend Mate2, will not even be getting Android 4.4 KitKat. That practically puts an end to the software life of a smartphone that was practically just launched in January this year.

To say that Hauwei’s US fans are disappointed would be an understatement. The comments that followed the announcement is almost filled to the brim with vitriol, and, really, who can blame them? The Ascend Mate2 has been flagged as the company’s first proper entry into the US market, and yet already it has committed a major blunder. The only good thing that one can take from this is that Huawei at least had the guts to actually tell their users that they are pulling the plug as far as Android updates go. Definitely the opposite course that many Android OEMs are taking lately.

Perhaps it makes matters worse that Huawei offers no reason why it won’t put KitKat on the device. And it certainly can’t be due to hardware, because the Ascend Mate2 is pretty much a standard phablet, with a gigantic 6.1-inch 720p display, a Qualcomm Snapdragon 400, 2 GB of RAM, 16 GB of storage, a 13 megapixel rear camera, a 5 megapixel (selfie friendly) front shooter, and a bountiful 4,050 mAh battery.

The company blog does mention users can “expect superior hardware with the latest software going forward”, implying they’ve decided to simply drop the ball in order to focus on, say, the Ascend Mate7, it’s latest flagship. Focusing on your star device is understandable. But abandoning the previous one is definitely perplexing. Huawei will undoubtedly take a hit for this, if not financially, at least in credibility. It will most likely still provide some updates here and there as far as its own software is concerned, but for Android, this is the end of the line.