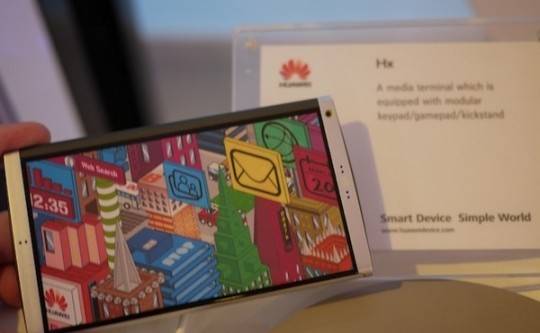 The Huawei Ascend Mate 2 has been spotted in benchmark testing, and may not be what some had hoped for. The mid-range score hints at a very capable device, but also could mean some lower-end specs than Android fans were hoping for.

Scoring a 22,345 on AnTuTu, the Ascend Mate 2 doesn’t seem to have a powerhouse processor like the Snapdragon 800. Scores for that processor are routinely near the 30,000 mark. gSM Insider believes the new Huawei device will run a Hisilicon K3V2E chipset, or the successor to it. Without specs to back that claim up, we’re on the fence about which chipset it could be.

While not a total let-down, it’s not the high-end device many had hoped it would be. The original Ascend Mate was a solid offering, but not on par with its peer devices. The Ascend Mate left a lot for its successor to build on, but it seems to have fallen short.

While a benchmark is only part of the story, it doesn’t seem like the Ascend Mate 2 will grab our attention. A low score at this juncture means they’ve likely settled on hardware. While it will certainly be a solid device, the Ascend Mate middle-of-the-road lineage may be firmly cemented with another turn at mediocrity.