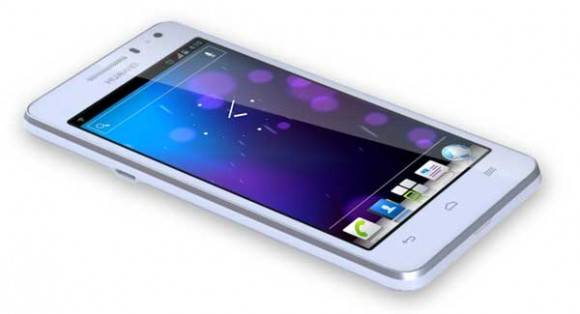 Huawei just made a large set of announcements today to go along with a few product releases in Berlin, Germany, for IFA 2012. One being their brand new smartphone to grace their popular and growing Ascend line. Meet the Ascend G600 with its large 4.5-inch IPS display and Android 4.0 Ice Cream Sandwich.

Huawei calls the 4.5-inch screen a “mega screen” but sadly the resolution is 960 x 540 qHD, as we were hoping for an HD display. Running on Android 4.0 Ice Cream Sandwich with a little UI overlay from Huawei the G600 features a 1.2 GHz dual-core Qualcomm S3 processor, 768MB of RAM, and 4GB internal storage. It isn’t quite as powerful as some, but sounds rather impressive and should be aggressively priced.

You’ll get an 8 megapixel camera on the rear with a BSI sensor for auto focus, and dual speakers for DTS surround sound is on board too. The G600 has Huawei’s new battery technology inside its 1930mAh battery. Which is said to take only 4 hours to fully charge (seems long) and the phone offers quick boot mode to completely start in just 5 seconds.

“We are very excited to introduce the new HUAWEI Ascend G600, which gives more functionality and power for people who expect more from their technology,” said Shao Yang, Chief Marketing Officer, Huawei Device. “Building on the success of the Ascend range of smartphones, the HUAWEI Ascend G600 is the latest in our range of flagship products that make exceptional product experiences accessible for more people globally.”

Other specs include a front facing VGA camera, micro-SD support, micro-USB, full NFC capabilities, Wi-Fi Direct, Bluetooth and DLNA. The all new Ascend G600 will be available in both black and white color options starting in mid September. Pricing details have yet to be announced.