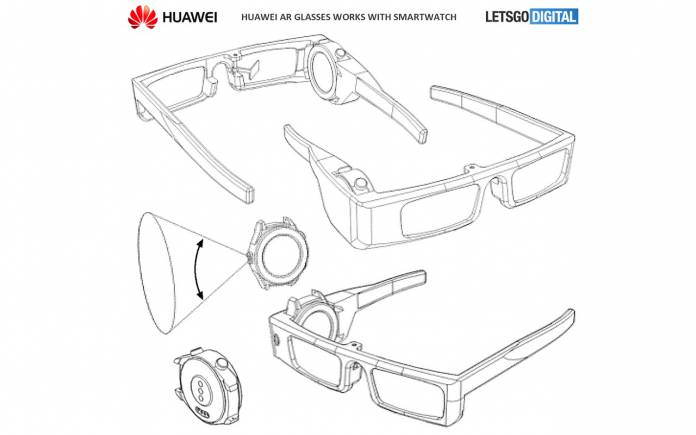 Virtual reality and other technologies have brought us VR glasses and VR headsets. There are a few models we’ve tried: the Lenovo Mirage Solo, Google Daydream View, the HTC Vive Focus. We haven’t featured anything new lately since that Daydream View VR going on sale on Verizon. Virtual reality is still out there but it’s being complemented by augmented reality. A number of devices we know combine VR and AR but the latter is more widely used now because of its many benefits.

Next to join the game is a pair from Huawei. Huawei Tech CEO Richard Yu shared a few months ago the top Chinese OEM is working on a pair of AR glasses. It should work with a phone, as well as, smartwatches according to a recent patent.

The Huawei AR glasses will be released before 2019 ends. Knowing Huawei, there is a possibility it will roll out ahead of schedule.

The idea of  AR glasses with a smartwatch is so you can attach the wearable device to the eyewear. The ‘Eyeglass frame’ was part of a patent published on February 7 in the World Intellectual Property Organization (WIPO).

The document shows a lightweight AR headset (Augmented Reality headset) sans the camera. All it needs is a smartwatch attached or clipped to the right side of the pair. We’re not sure about a camera but it would be nice if a Huawei smartwatch will have the same feature.