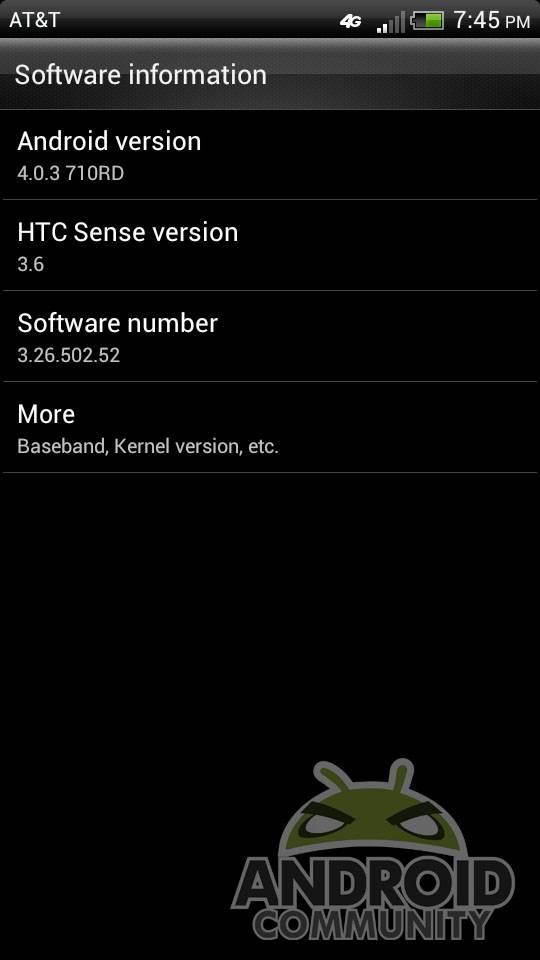 HTC promised, and for at least a handful of AT&T customers, they delivered. Earlier today a few lucky HTC Vivid owners found an official Ice Cream Sandwich update making its way to their phones. Apparently it’s either a pre-release build that was sent out accidentally or AT&T’s scheduling is just mixed up, because they pulled the update almost immediately and said it would be ready “soon”. But of course, Android modders can’t really be stopped once a ROM is loose, and thanks to some of the fine folks at the XDA forums, we’ve managed to get ICS up and running on our HTC Vivid review unit.

As far as the software goes, this release is running Android 4.0.3 and HTC Sense 3.6, not the Sense 4.0 that’s on the One series from Mobile World Congress. The software is just as fast and responsive as Gingerbread, perhaps a tiny bit more so. The Quadrant results say the ICS software has massive 800+-point lead over the Vivid when we tested it back in November. I myself didn’t notice any dramatic gains, but you should certainly see better gaming and video performance.

The user interface on HTC Sense 3.6 is extremely similar to the former version, with just a few tweaks here and there courtesy of ICS. HTC’s launcher incorporates the automatic folders and color scheme of ICS, if only subtly. The bottom bar now has dedicated and customizable shortcuts/folders instead of a static “Phone” bar. But the real changes can’t be spotted until you get into the Settings menu, where a new Beats audio function is grayed out. Beats automatically kicks in when you connect headphones. 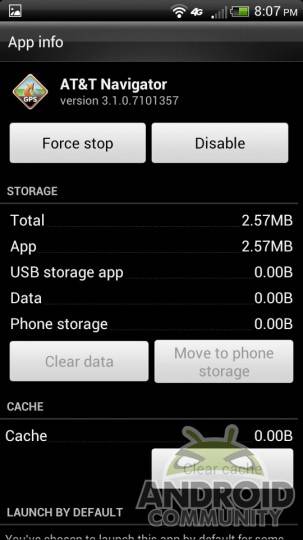 One of the most exciting things from Google’s presentation of Ice Cream Sandwich was the ability to disable “locked” applications even on unrooted software, and I’m happy to say that this remains on the Vivid update. Any app, be it from HTC, Google or AT&T, can be disabled and effectively cut off from your phone’s resources. That should be a major boon to anyone who likes to keep their software clean. Other little touches  remain as well, like the power+volume down screenshot shortcut, the more flexible app switcher (long-press the home button) and the ability to dismiss updates with a side-swipe.

Other than that, it’s very much the same phone, though I have noticed a tendency to drop down to EDGE data faster in my low-signal home. If you’re comfortable with Sense and HTC hardware in general it’s a very familiar experience, with extra ICS goodies for those who want them. The visuals aren’t quite as polished as Sense 4.0, but at this point Vivid owners should be ecstatic at the prospect of receiving a proper and relatively timely update in any case.

Check out our video hands-on below:

The nationwide ICS rollout for the Vivid should begin within a few weeks. If you’re the adventurous type (and you haven’t already unlocked and rooted your phone) you can install it via the instructions on the XDA link above. Keep in mind that it’ll be a while before root is returned to this updated software. 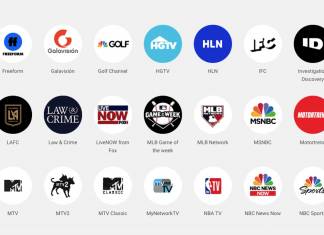