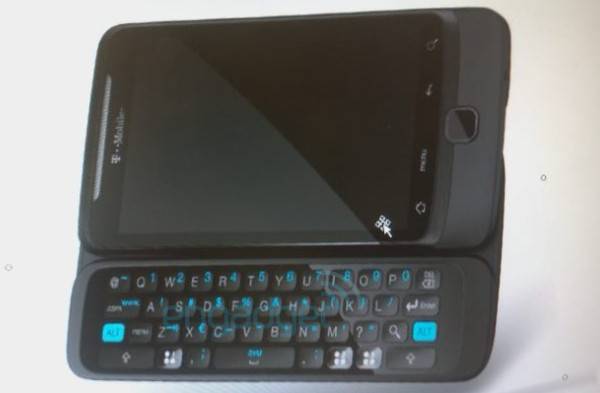 A new image of the HTC Vision – in which the Android smartphone is T-Mobile branded – has leaked, with Engadget‘s tipster suggesting that the handset may launch as the G1 Blaze.  The QWERTY Android phone supposedly has a 1GHz processor and 3.7-inch WVGA touchscreen.

Right now we don’t know whether the Vision/G1 Blaze is intended for the US, Europe or both; last we heard, though, T-Mobile USA were looking at it for a September 2010 launch as their first HSPA+ smartphone.  That would make it the fastest wireless device on their network.