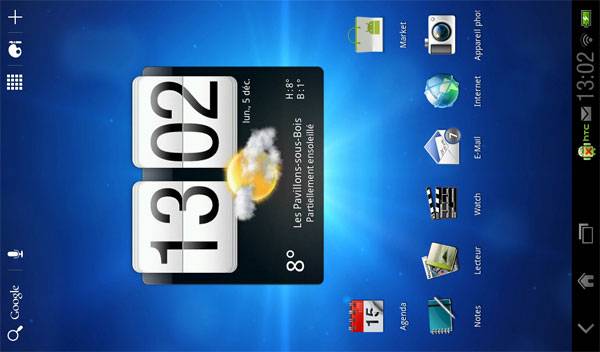 If you own an HTC Flyer tablet there is some good news coming out of France today. Apparently, the French are getting the update for the smartphone starting today. The new update brings the Flyer up to Android 3.2 Honeycomb. Flyer owners have been waiting for this update.

The update brings the software to 3.55.405.1. The update itself is 210MB and is coming OTA. Since the update is larger, do yourself a favor and grab it when available using WiFi. Apparently, this version of the update is for the 32GB version with WiFi and 3G connectivity.