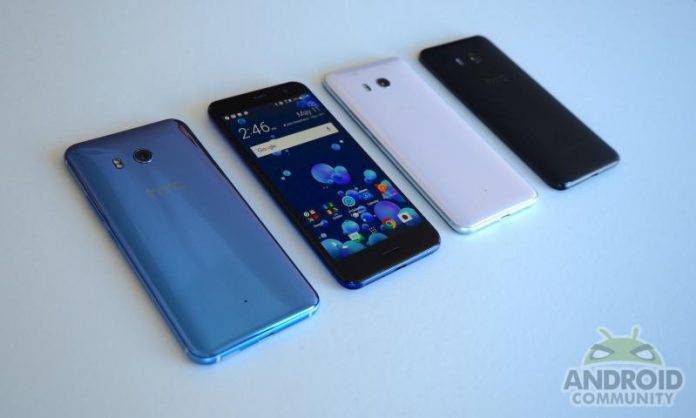 HTC has become a rather strange smartphone maker. Where some companies like Sony have basically said they don’t care anymore, HTC continues to trudge on despite disappointing figures in shipment, revenues, and reviews. The HTC U Ultra was received with mixed opinions, for example, but that isn’t stopping the Taiwanese company from giving it another shot. The result is the HTC U11, which the company hopes to hold the torch high for both its previous flagship and its new U line.

What’s in a name?

Odd as it might look, the HTC U11’s name has a story to tell. It’s a story that comes from two legacies. On the one hand, you have HTC’s former “M” champions, the last of which was the HTC 10 from last year. Now it has a new “U” brand, with the HTC U11 taking the lead.

Curiously enough, HTC insists that the HTC U Ultra wasn’t meant to be the flagship most have presumed it to be. It was just a foreword in a new chapter in HTC’s story, so to speak. In fact, HTC says it didn’t really plan on making such a big splash about the U Ultra in the US, much less make it available from carriers. Phablets never really caught on in that market, says HTC. It had something else in mind for mainstream, instead.

But having had no hint, at least officially, that such was the case, almost everyone presumed this would be it and raised their expectations high. So, in a way, this is how HTC is trying to downplay and explain away the criticism that followed. But does the HTC U11 live up to that legacy? 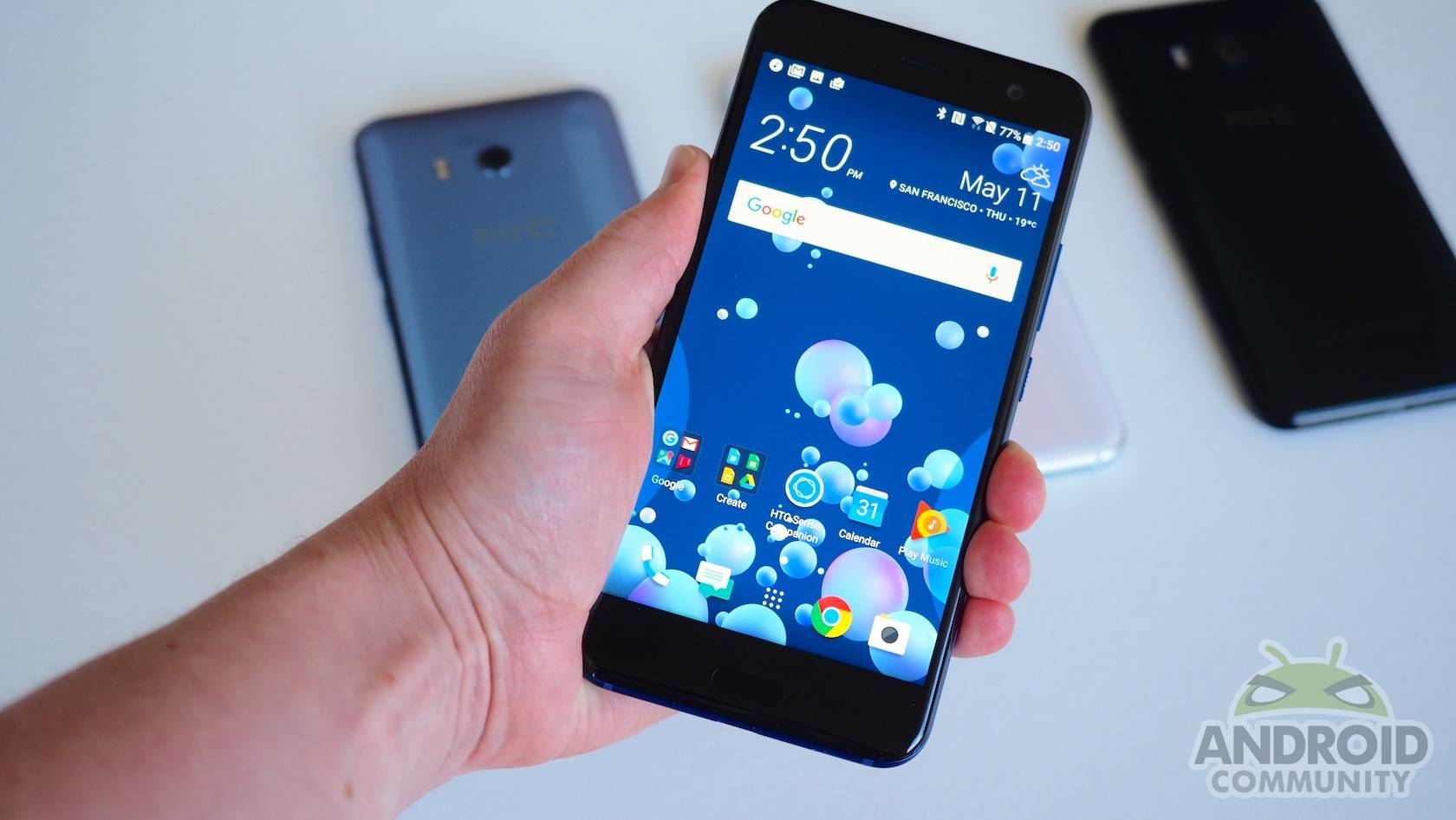 At least just based on the specs, it definitely does. The U11 has the benefit of hindsight and launching late, which means it’s finally getting the latest Qualcomm Snapdragon 835. But other than that and the smaller 5.5-inch screen, this is basically the same HTC U Ultra, just in a smaller package.

You have 4 GB of RAM and 64 GB of storage, or, if you’re lucky, 6 GB and 128 GB, depending on where you live. The 12 megapixel rear camera ditches the Laser AF that HTC was once so proud of for a dual pixel (not dual camera) sensor instead. The front still has the larger 16 megapixel sensor pair with a 150-degree wide-angle lens.

The battery will perhaps be the biggest the disappointing. The 3,000 mAh looks rather paltry this day and age, but HTC insists that it’s more than enough. It tries to make up for it with Quick Charge 3.0 but fails to take advantage of any form of wireless charging.

The similarities with the HTC U Ultra continues in the design. You’ll be forgiven if you mistake the U11 for a smaller U Ultra. The U11 boasts of the same new Liquid Design that HTC has started to adopt. Of course, there are differences, most of which, sadly, will be lost on most consumers. 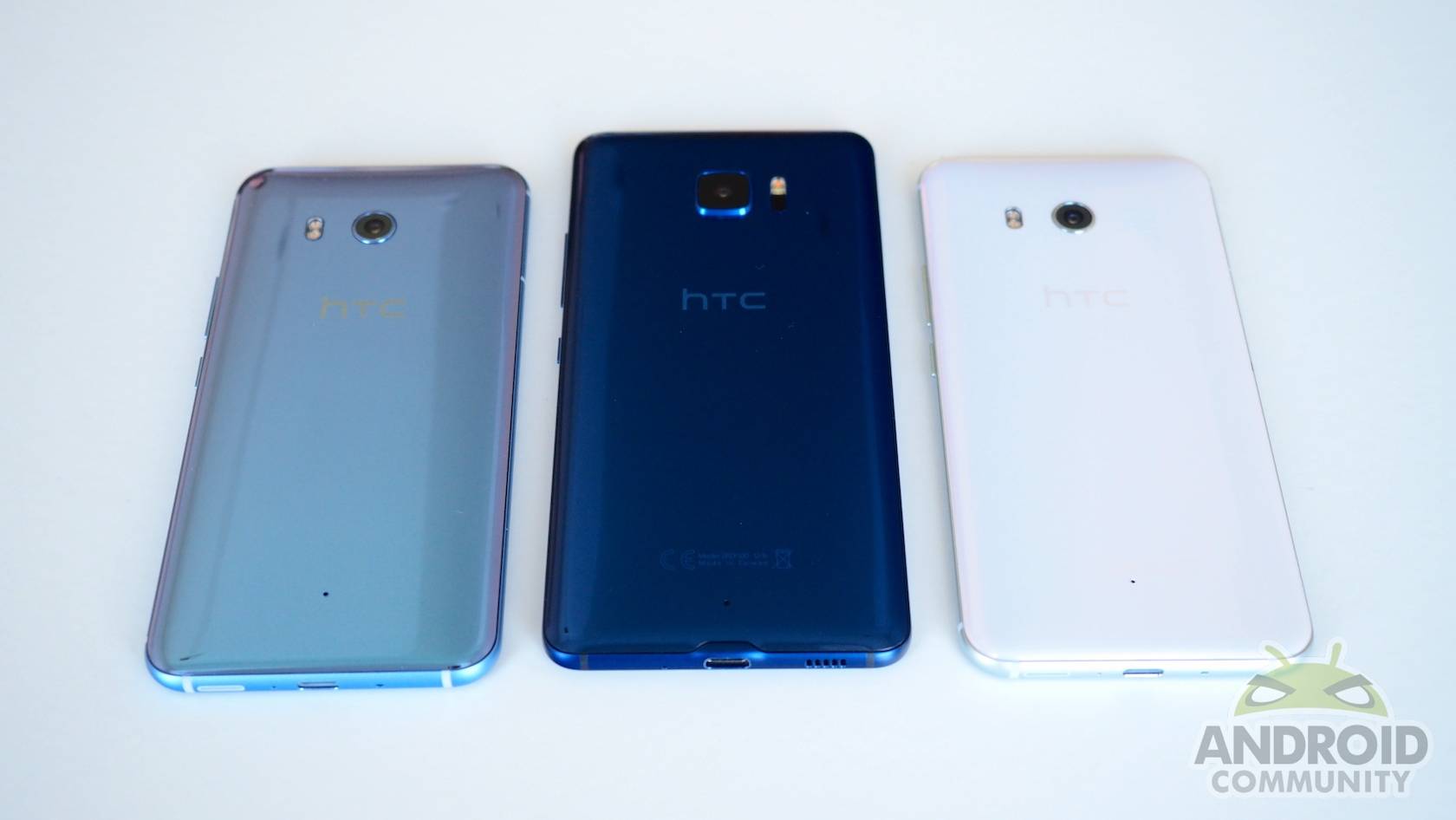 The most visible improvement are the removal of bumps, both from the camera as well as around the USB-C port. This gives the the phone a smoother shape that matches the smoother transition from glass to the all-metal frame. The unibody is claimed to now be tougher and the color of the glass back actually runs through a second layer underneath. What this means is that scratches won’t affect the color. We await JerryRigEverything to verify both claims. 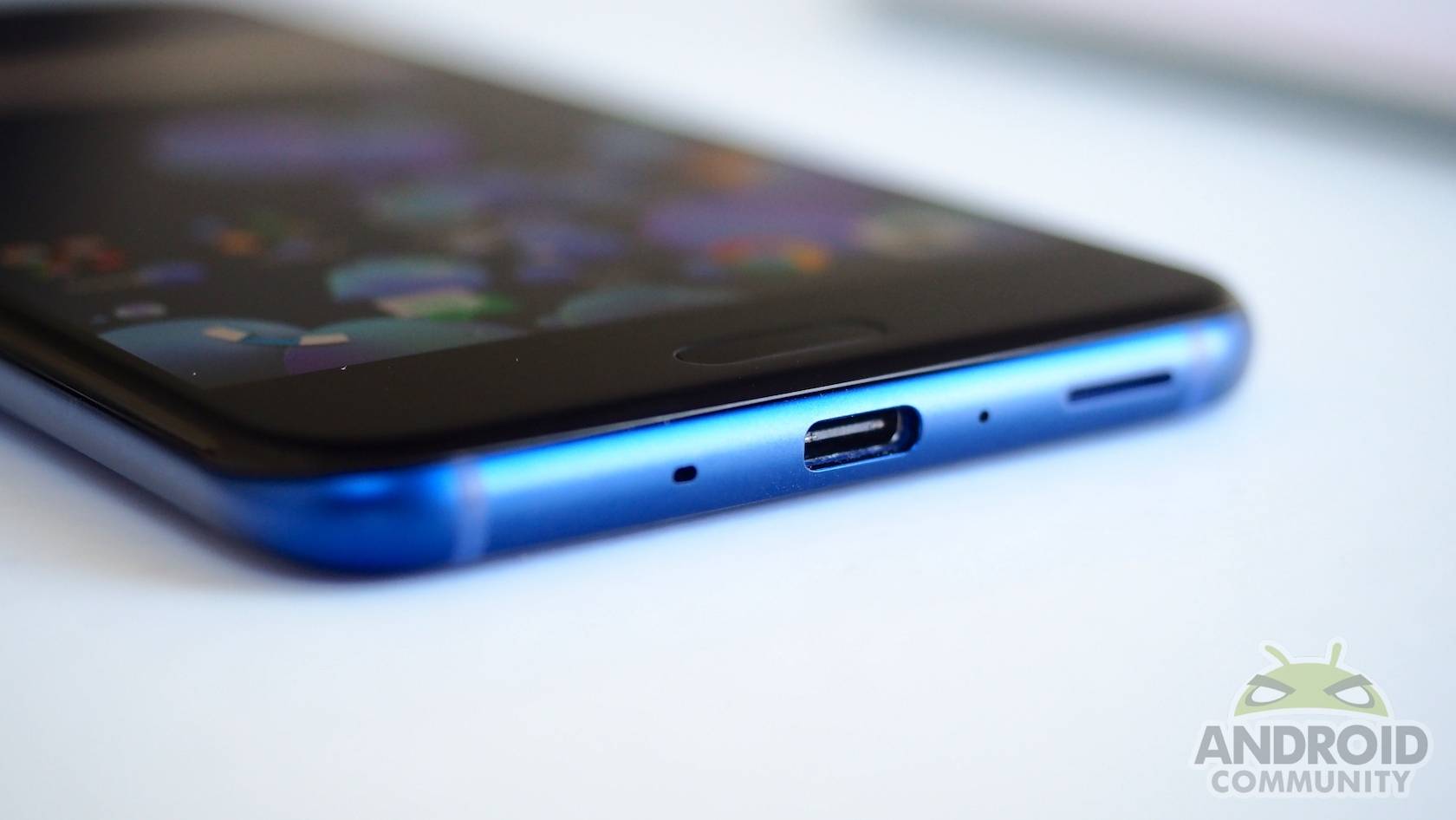 What all this boils down to is that the HTC U11 is just as, or perhaps even more, gorgeous as the HTC U Ultra it succeeds. Amid all of its criticisms, the HTC U Ultra is widely regarded as a thing beauty. The multi-step process used in making the 3D formed glass back adds a touch of refraction to the light that bounces off its surface. The HTC U11 is truly a beauty to behold but, if HTC has its way, also a beauty to hold

It’s no secret. HTC wants you to squeeze the U11 a lot. It put pressure sensors on the lower half of each side of the phone and called it “Edge Sense”. It isn’t capacitive, as some may have speculated before. That means it’ll work even when wearing gloves. But it also means all it can do is recognize squeezes. It actually recognizes two, a short squeeze and a longer one, and the amount of pressure you need to activate it can be configured. 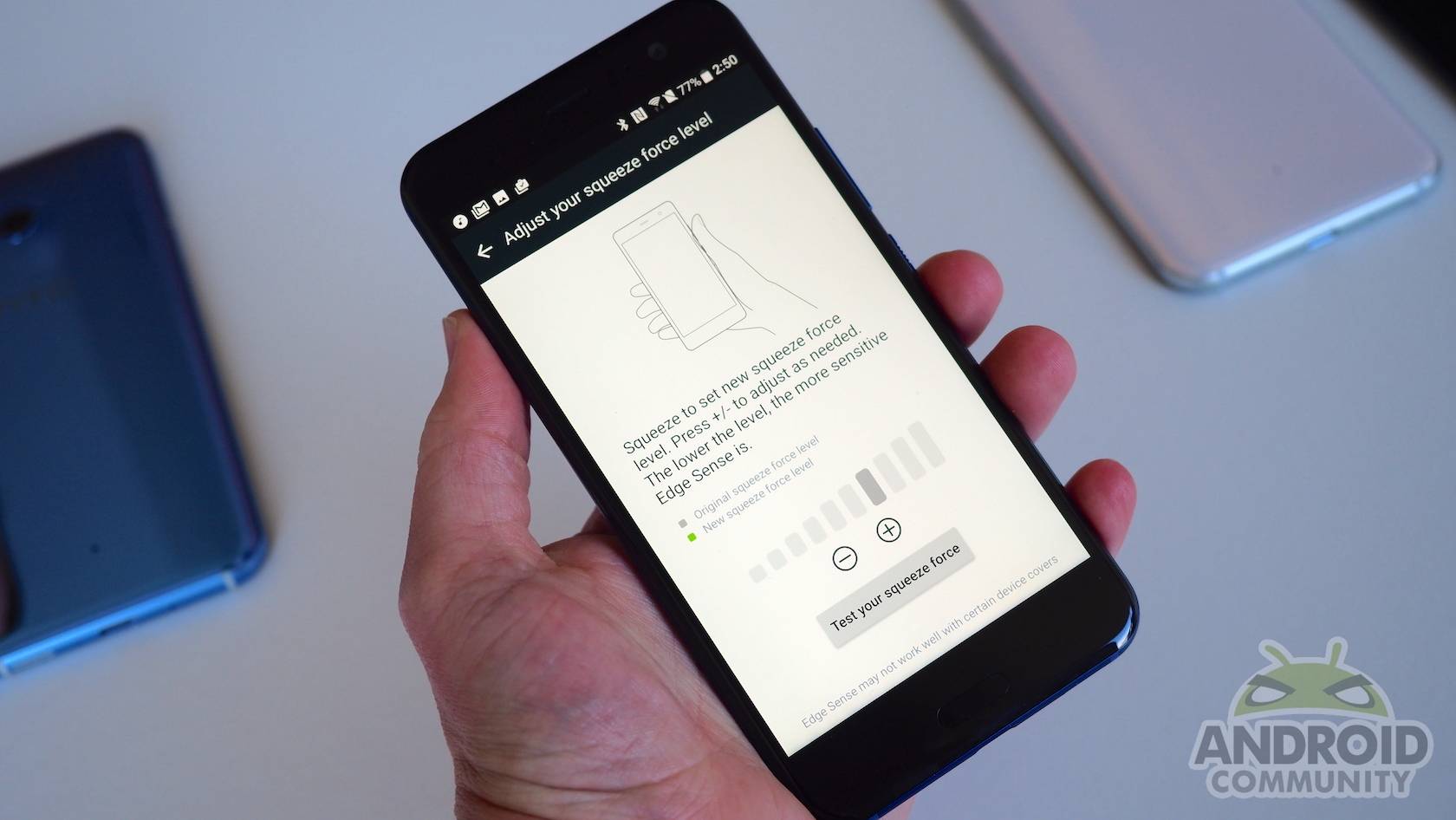 Unlike the Galaxy S8’s Bixby button, the U11 Edge Sense can actually be mapped to more than one action. A short squeeze could launch Google Now while a longer one can launch the camera. Some of the actions can work even when the phone is still locked. And, depending on the app, squeezes can also work inside the app, like squeezing to take a picture. Impressive as that might sound, you are, all in all, limited to just two shortcuts, each activated by a short or long squeeze. HTC might expand those to accommodate more gestures. That is, if it catches on.

Audio is one area that might earn the greatest mixed feedback. On the one hand, the U11 does indeed lack a 3.5 mm headphone jack. HTC, however, justifies this by saying that its BoomSound, which finally makes an appearance, required taking up the space that the headphone port would have occupied. This time around, HTC does ship with a USB-C to headphone jack adapter. 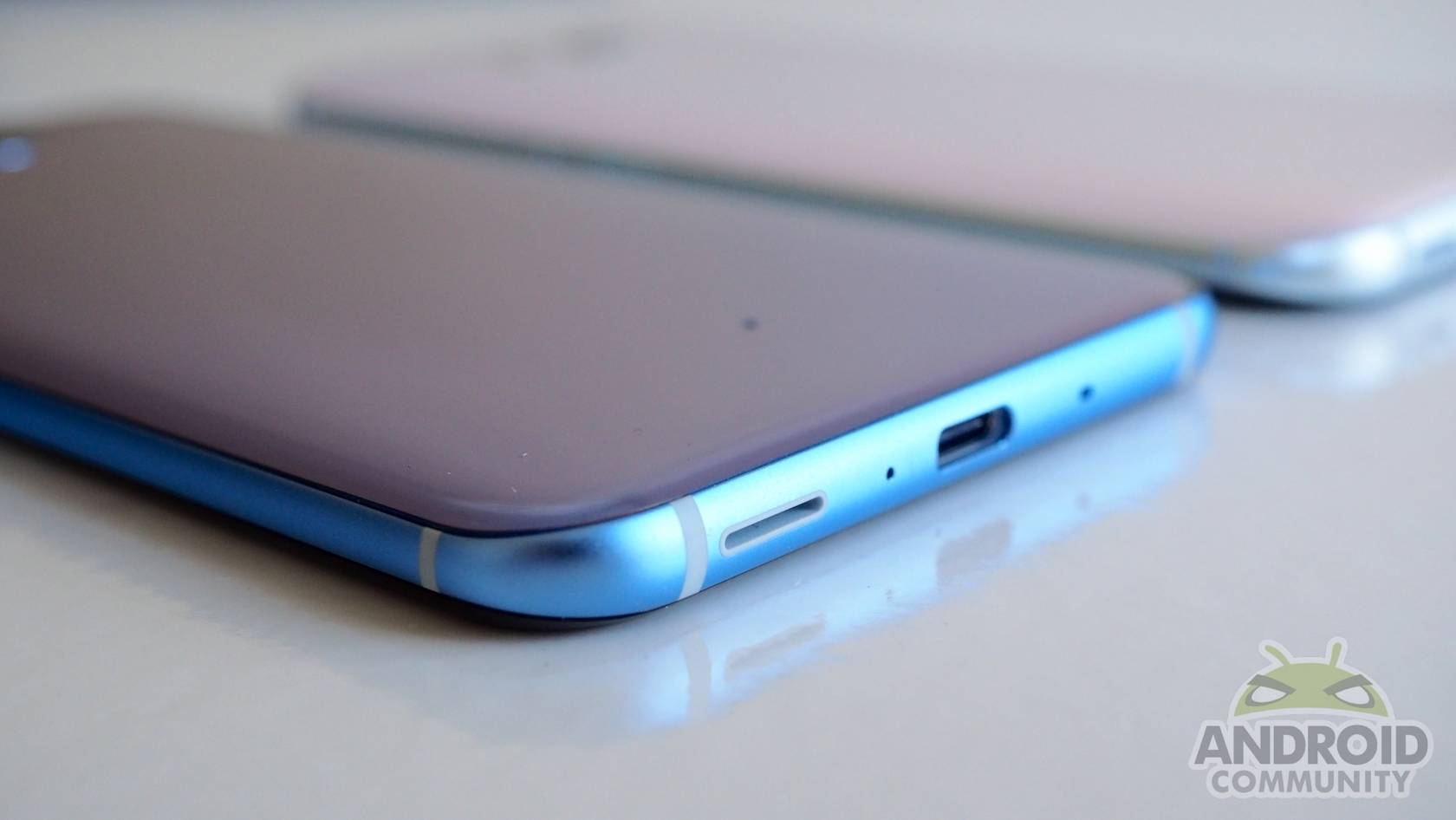 The HTC U11 also has HTC’s new set of audio technologies, like U Sonic for personalizing audio output depending on the shape of you ear. As before, you’ll need specialized HTC earbuds for that to work. What you won’t need earbuds for, however, is the new active noise cancellation feature. Any old headset will work, according to HTC, as the ANC functionality is built into the phone, not the headphones.

In case you haven’t heard (pun right there), the HTC U11 has four mics. In addition to recording Hi-Res 24-bit audio, those microphones are used for 360-degree audio, even if the smartphone itself isn’t capable of recording 360-degree video. There’s a bit of intelligence at play here, thanks to Qualcomm’s low-power audio processing capabilities. One of the four mics is always on, always listening. It wakes up the other microphones only when needed. It can even quickly calculate where the audio is coming from and leave the microphone facing that direction turned on.

That always-on mic serves more than just an audio recording purpose. If you’ve guessed smart assistants, then you’re right on the mark. But more than just its own Sense Companion (which we’ll get to later) and Google’s Assistant, the HTC U11 has one other guest onboard. Amazon’s Alexa may already be found on other smartphones, but HTC boasts that the U11 is the first one to really give an experience close to an Echo.

Most phones that can summon Alexa do so from an Amazon app. That means having to launch the app first. In contrast, the HTC U11 bakes Alexa in when it comes to calling her. That is, you can just call her name and she’ll be ready to take your questions and requests. It promises a better hands-free experience, but it’s a promise that has yet to be put to the test. 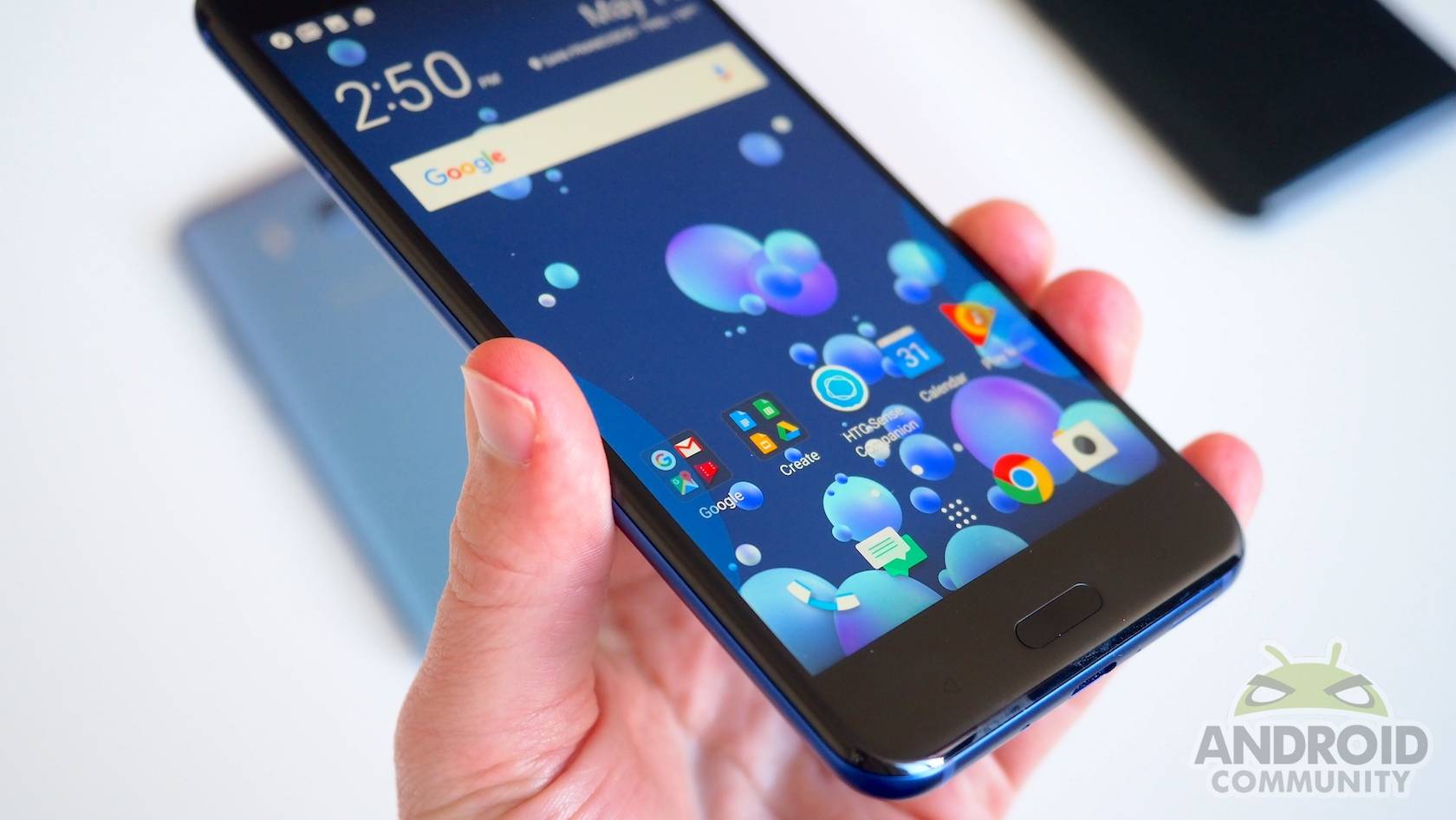 Not all of Alexa’s features will be at your beck and call. Amazon and HTC haven’t exactly decided yet what Alexa on a phone would “look”. HTC, however, has a clearer vision of what its own Sense Companion should be like. Unfortunately, it hasn’t yet shared the fulfillment of that vision with the world at large. So while the Companion will also be on the U11, we have yet to check again if anything has improved since the last time we took it for a spin.

If you thought the HTC U Ultra was already too gimmicky with its “U” features, you’re definitely in for a ride with the HTC U11. On top of things like U Sonic and Sense Companion, you get features like Edge Sense, spatial audio recording, and Amazon Alexa. It’s a good thing that HTC also carried over the design and power of the U Ultra and took it up a notch. Whether it does HTC any good this time, we’ll have to see.

The HTC U11 is available for pre-order today, but if you’re dying to get your hands on one, better read this fine print. As far as carriers go, the U11 will be exclusive to Sprint and Sprint only, where it go for $696 or $29 a for 24 monthly payments. If, however, you’re on a different, you’ll have to go with an unlocked version from HTC or Amazon, which costs $649. The smartphone will ship in June, though the Sprint exclusive might ship earlier on June 9. 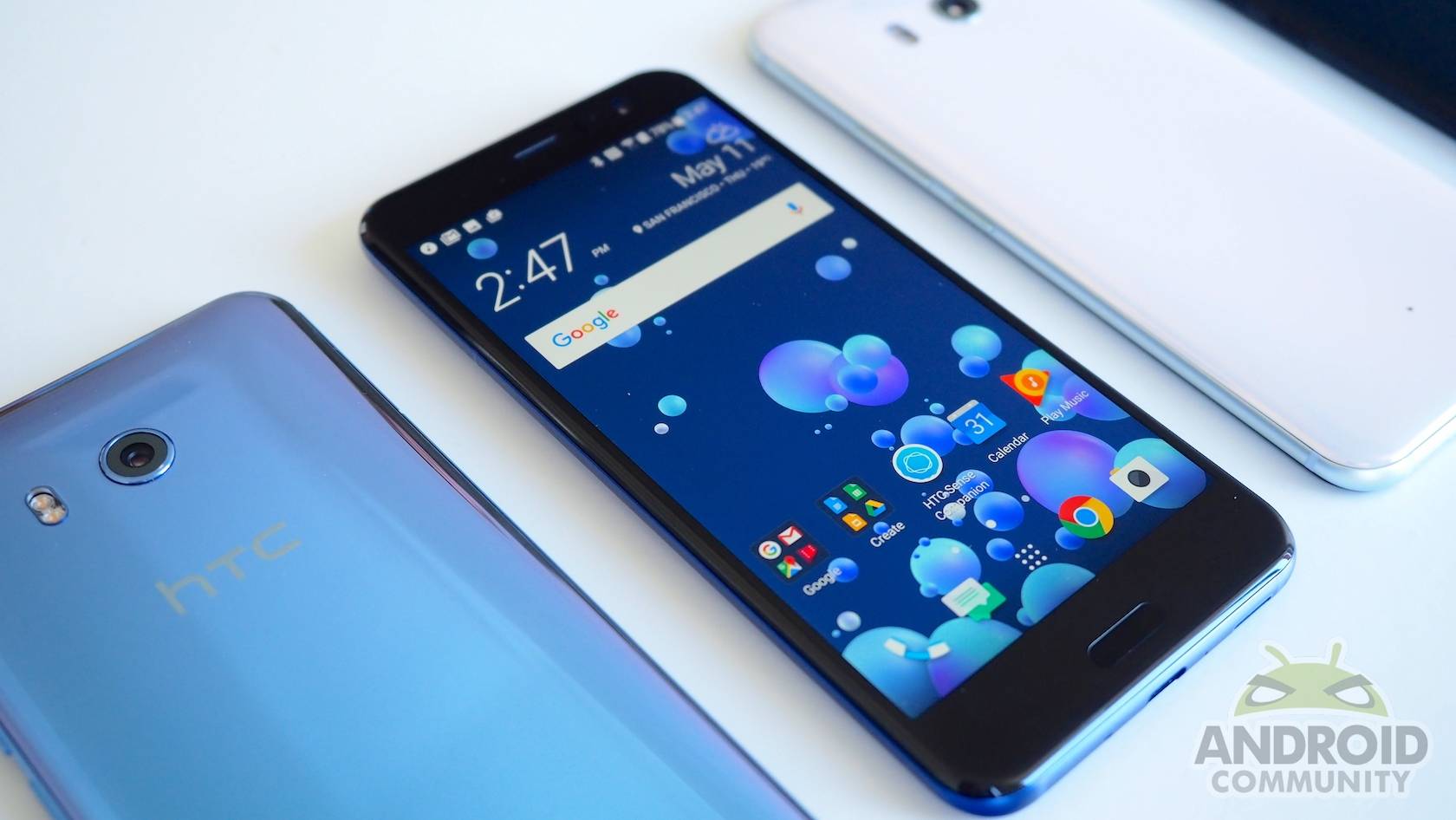