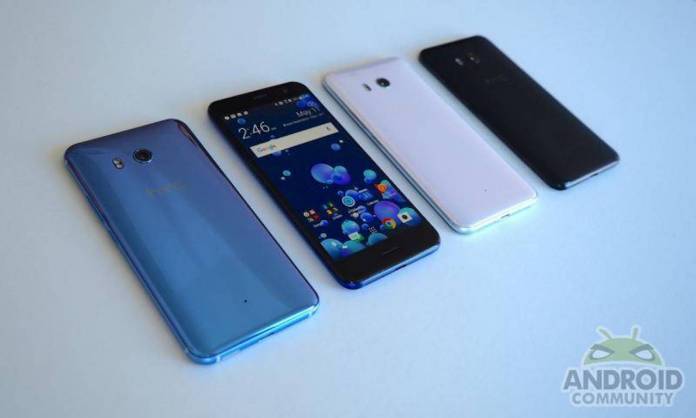 The HTC U11 has been around for over two years now. Other variants are available like the HTC U11 Life, U11 Plus, and U11 Eyes. The phone series has also received several Android updates and enhancements starting with more Edge Sense functions, software improvements, Bluetooth 5.0 connectivity, 60fps video recording, and finally, the Android 8.0 Oreo update. Last month, we learned HTC flagships would be getting a slice of Android Pie starting this month. Another U11 update should be available but HTC is pulling it out because of an issue of soft-bricking.

In a comprehensive post on the HTC community forum, a company exec responded to the Android 9.0 update resulting in some PIN code unlocking errors. HTC promised that on-site repair services would be available in Taiwan this week.

The schedule presented has actually passed but HTC will be arranging more personnel to assist the consumers even after today. Those HTC U11 that will be serviced are those that can’t enter the system because of a PIN code or graphic unlock error or soft-bricking.

If you’ve recently updated to Android Pie, don’t be surprised if you’re unable to unlock via PIN code or figure code. HTC is looking into the issue now.

Repair services will be performed accordingly but there is a possibility users may need to return the phone to the original factory. HTC has provided contact numbers: 02-2162-6788 or 0809-090-166 (HTC customer service).

If your HTC U11 has already been updated to Android 9.0 Pie, it is recommended that you don’t install the WeChat app. HTC will be making some tweaks first to the Android Pie to fix the bugs and issues. The next update should be ready after a week so watch this space or check the HTC forum for the announcement.

HTC is actively doing to fix the error. HTC U11 Android 9.0 will be ready in the near future so let’s just wait and see.