Artificial intelligence has become a major thrust in the technology sector today, to that point that it is becoming present everywhere, including in our phones. But while Google does have its own AI-powered virtual assistant, it hasn’t exactly made it available yet for the entire Android ecosystem. And even then, there is a lot of room for improvement. At least, HTC thinks so. The company, now perhaps more known for the Vive VR system, has a different vision for AI in your pocket, one that is embodied in its new flagship smartphones, the HTC U Ultra and the HTC U Play.

The name might make you cringe and think of a cheap marketing strategy, but HTC’s appeal admittedly makes sense. “AI is helpful, but it’s not helping,” says Darren Sng, HTC’s Global Product Marketing Head. What he means by that play of words is that AI on smartphones and other smart devices are loaded with smart features that can tell us all kinds of information at our request, but they’re not really smart enough to help us get things done or even block out things that prevent us from getting things done. HTC believes that the critical flaw in these AI implementations is that it lives you, the user, out of the equation. As powerful as AI might be, it still has no chance against an invincible tag team of AI and human. Or as HTC would say, “AI + U”.

To implement its smartphone AI vision, HTC started from square one, which will explain why its HTC Sense Companion, the AI companion in the new HTC U phones, will be limited to only a few use cases at first. For this year, HTC plans on first rolling it out to phone, contacts, and notifications. Disappointing as that may sound, it allows HTC to hone in and perfect specific scenarios rather than shoot wildly and hope that it hits something. HTC also isn’t being delusional about the Sense Companion’s capabilities as an AI. It’s not a super AI that will instantly know anything and everything. It is one that will learn slowly over time and one that needs your input to do so. And that is precisely the point HTC is trying to make. 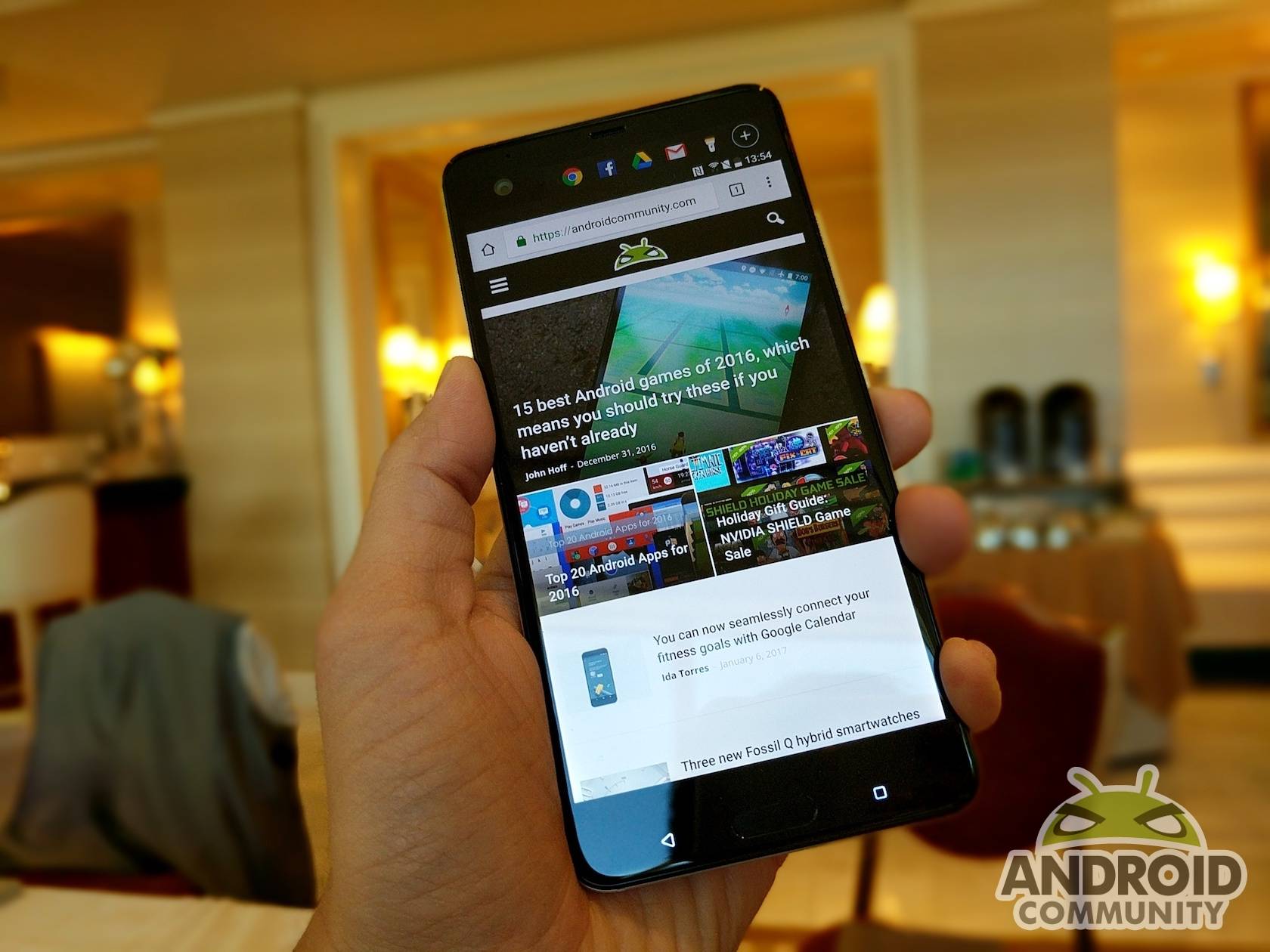 Imagine managing battery life. Most smartphone’s power saving modes will only alert you when the charge dips below a certain percentage, whether you’re actually in a position to remedy that. The Sense Companion, on the other hand, would know what your schedule for the day will be like (based on your calendar) and how fast you usually drain your smartphone. Putting these two together, it can estimate whether you will need to plug in your phone during lunch to make sure you still have enough juice to get you through your dinner meeting. Sense Companion won’t notify you about every weather detail. Instead, it will only alert you about inclement weather changes that might affect traffic or your choice of clothing. It won’t even bother disturbing you during weekends or when you’re on vacation. It will also try to learn why you choose certain restaurants over others, be it for menu or price, so that when you travel to a new place, it knows exactly what to recommend.

The HTC Sense Companion is going to be more hands-on compared to the likes of Siri or Google Assistant, and that’s actually perfect for HTC’s vision. In the long run, it will naturally start making its own decisions, as every AI is wont to do, but, by then, it would have learned much about you that it becomes your digital persona inside your phone.

Most, if not all, smartphone virtual assistants respond to voice commands, and the HTC Sense Companion is no different. Where it differs, however, is how well it listens to your voice, particularly on the HTC U Ultra. HTC’s higher-end model boasts of four microphones with an effective range of 2 meters. That may sound like overkill, but HTC proposes that when you know that the assistant can hear you better, you will do more with it. Those mics are always on, always listening, but are promised to only sip very little power. It also features “Biometric Voice” so that it responds to you and only you, allowing you (and only you) to unlock your phone and command the Sense Companion using only your voice.

The HTC U Ultra, as well as the HTC U Play, also listens to your ears. What we mean by that is that it uses sonar-like technology to analyze your ears and optimize the audio settings to fit you, taking into consideration the ambient noise as well as your preferred settings. HTC calls this the USonic and if the idea sounds familiar, that’s because it is the evolution of HTC’s Adaptive Audio feature that debuted in the HTC Bolt, a.k.a. HTC 10 evo. And like that “older” feature, it is dependent on a special USB-C headset for the smartphones. Yes, USB-C. Sadly no more headphone jack for this one.

To go with the new intelligence, HTC is also adopting a new design language. Whereas the HTC 10’s design was defined by a “light” metaphor, the HTC U Ultra and U Play are taking on a watery spirit. HTC calls it “Liquid Surface” and it is meant to mimic the properties of water. Not just the looks, mind you, though the HTC U phones are definitely shiny and reflective. Words like “flowing”, “curves”, and “symmetry” are thrown around when talking about this design.

The new look is made possible with generous use of glass, layered with different materials and curved on all sides, just like a water droplet falls off on all sides. HTC uses a new process it calls “spectrum hybrid deposition” to turn idea into a physical object you can hold and gawk at. The end result is definitely impressive, perhaps the glossiest smartphones we’ve ever seen. And that’s not even a “high gloss” variant. The effect might also be a bit disconcerting, especially with the Ice White model, as it subtly changes its hue depending on the ambient light. 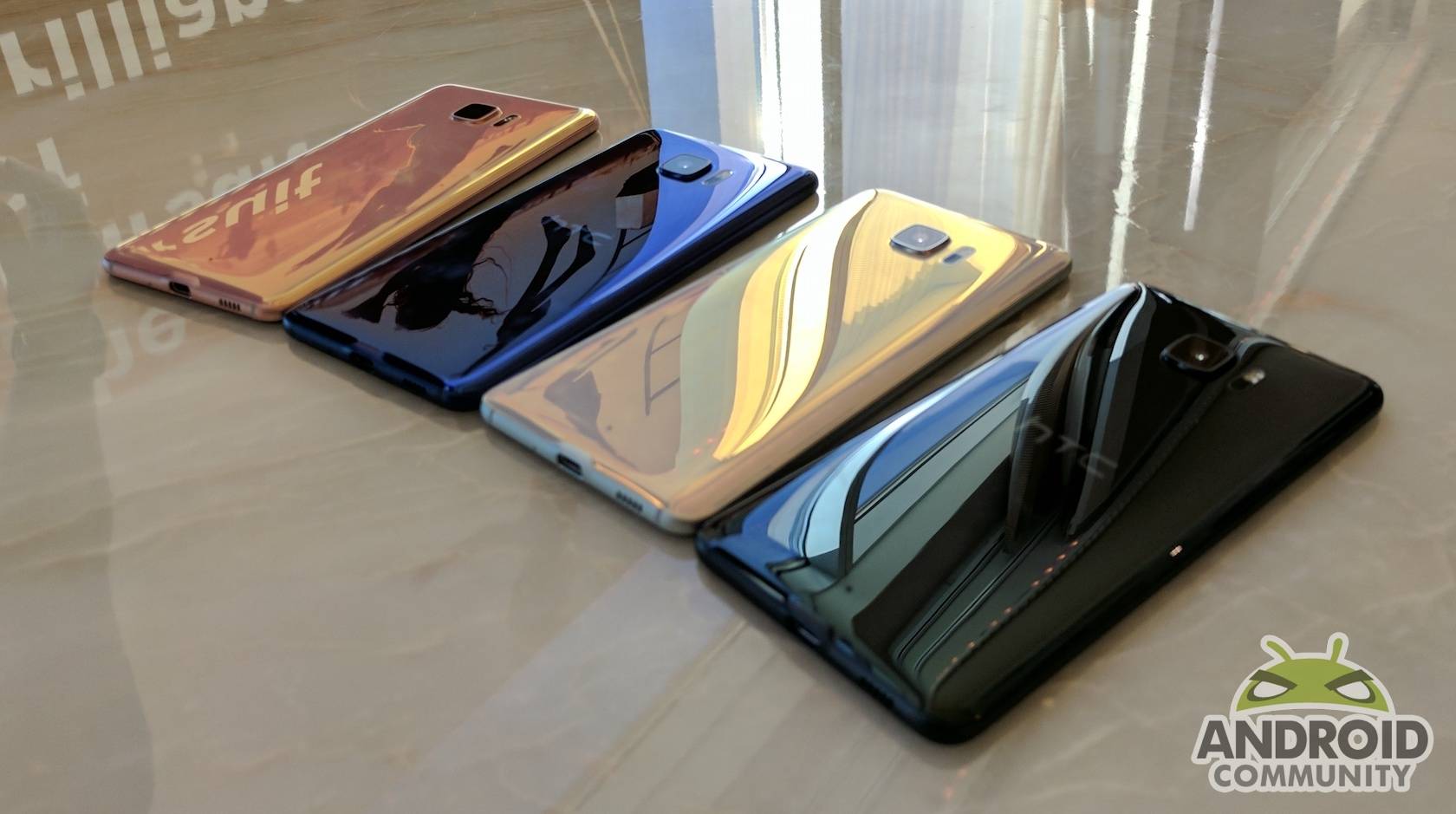 And now we come to the specs, which might seem less interesting compared to the features HTC has been tossing around. Nonetheless, both the HTC U Ultra and the HTC U Play make some rather interesting propositions.

The two smartphones are almost two sides of the same coin, with the U Ultra on the higher end and the U Play standing just a wee bit lower, but not by much. The HTC U Ultra has one feature never before seen in an HTC smartphone, but something we’ve already witnessed in other brands: a second screen. At first glance, HTC’s implementation might seem similar to the LG V20’s, with a strip of screen at the top of the main display. However, LG’s second screen is actually part of the same first screen, whereas HTC really uses two different panels. The main display is a 5.7-inch 2560×1440 panel will the second screen is a 2-inch 160×1040 strip, both ending up with the same pixel density. In practice, LG and HTC uses that screen for the same purpose, for quick access to shortcuts, contacts, and notifications. On the HTC U Ultra, however, this is where the Sense Companion makes its presence visible, gently showing notifications that might not matter to you while making those that do matter a bit more noticeable. While the U Play does have the Sense Companion inside, it doesn’t have that second screen to show for it. 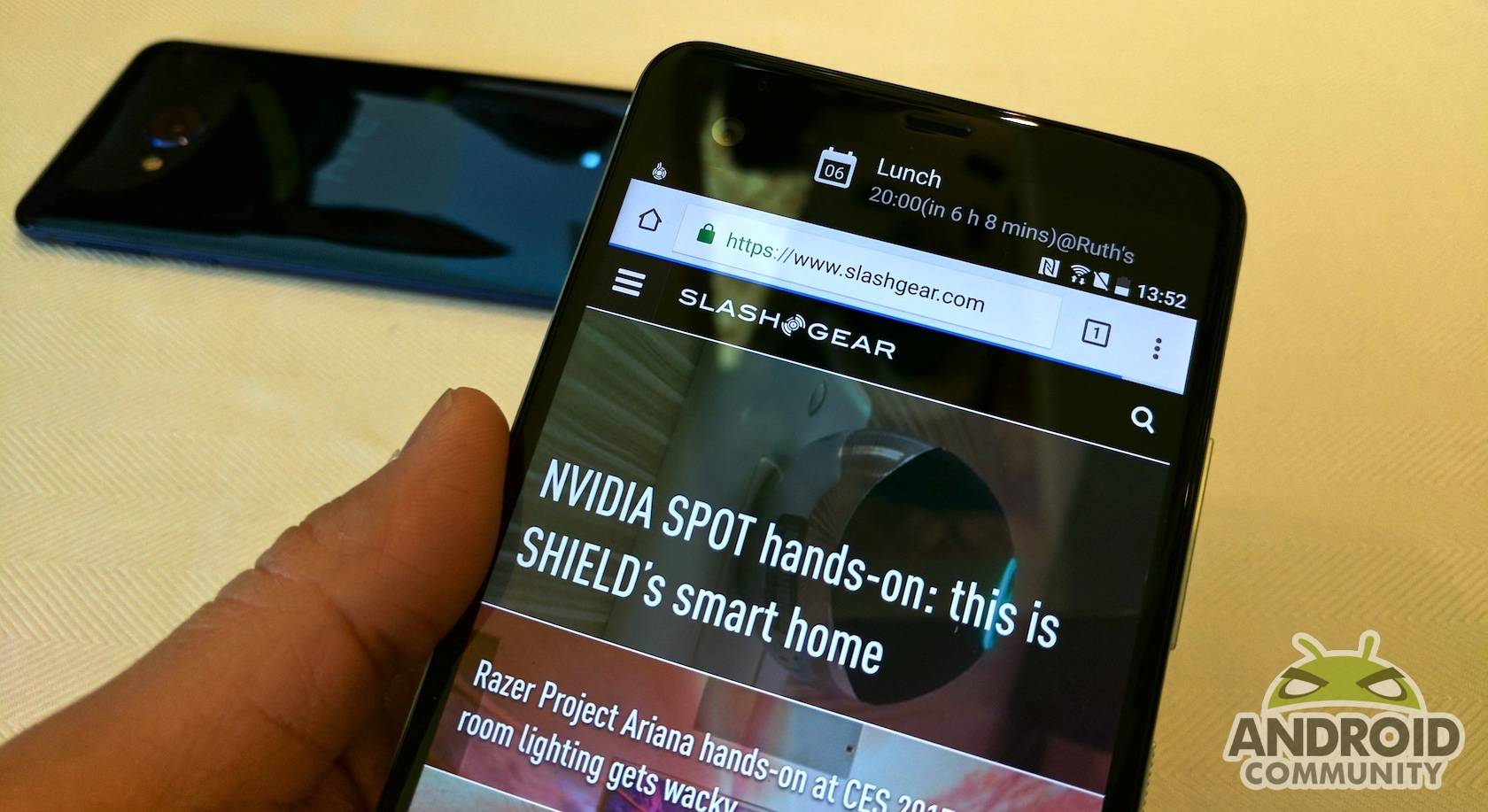 Camera is another area where the U Ultra and the U Play differ just a little bit. The HTC U Ultra features a “brand new” 12 megapixel UltraPixel 2 sensor, which, for the first time, now features Phase Detect autofocus. In all other aspects, it is nearly identical to the HTC 10’s camera, which means it also has Laser AF and Optical Image Stabilization, which, sadly, doesn’t seem to kick in when recording 4K videos. The HTC U Play, on the other hand, gets a regular 16 megapixel sensor, also with PDAF and OIS. 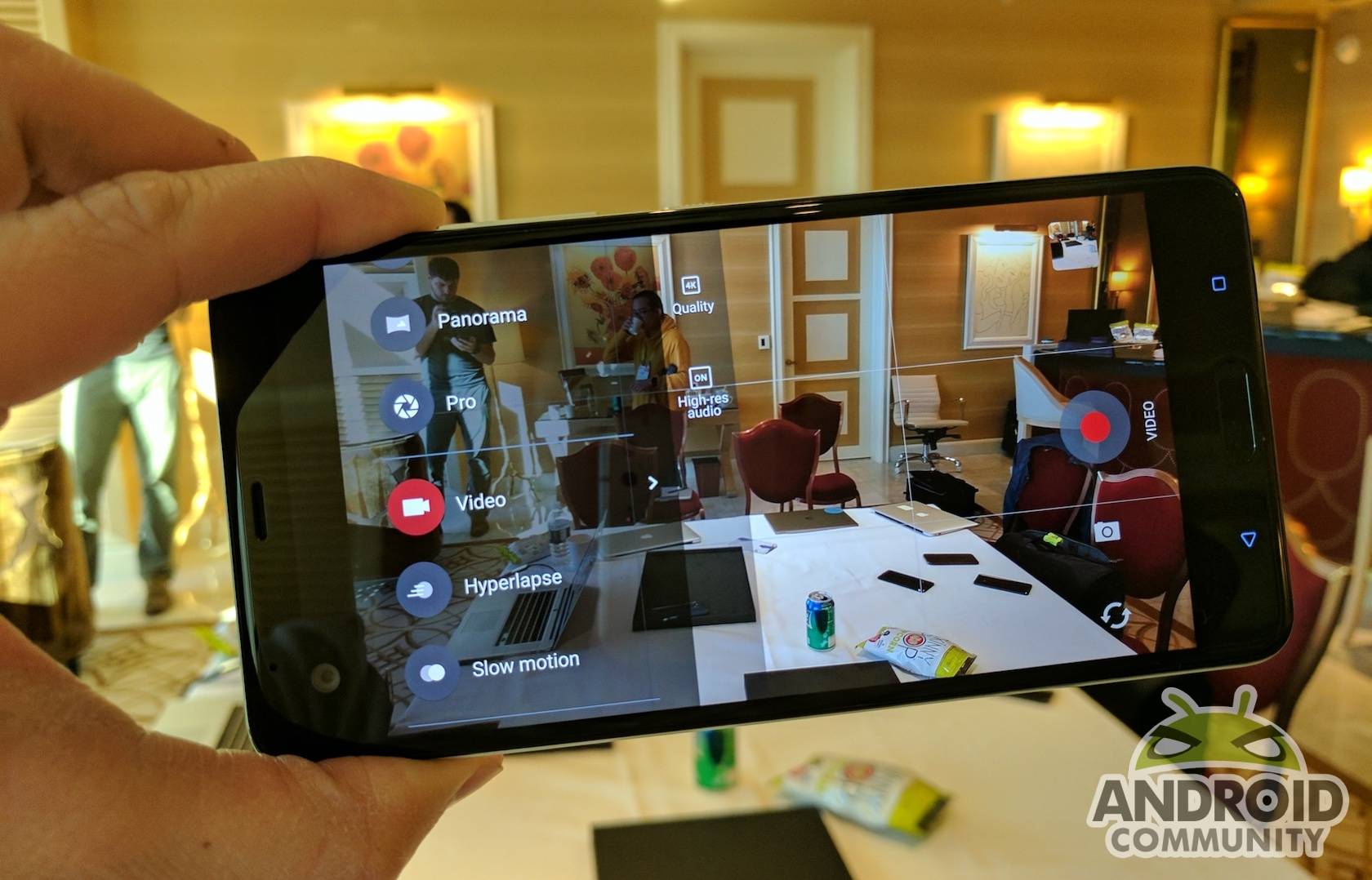 Both, however, feature the same rather unique front camera. It is a 16 megapixel sensor with an “UltraPixel mode”. Users will get to choose between a high-resolution shot with the 16 MP normal mode or better light sensitivity with the UltraPixel mode, with an effective 4 megapixel count. 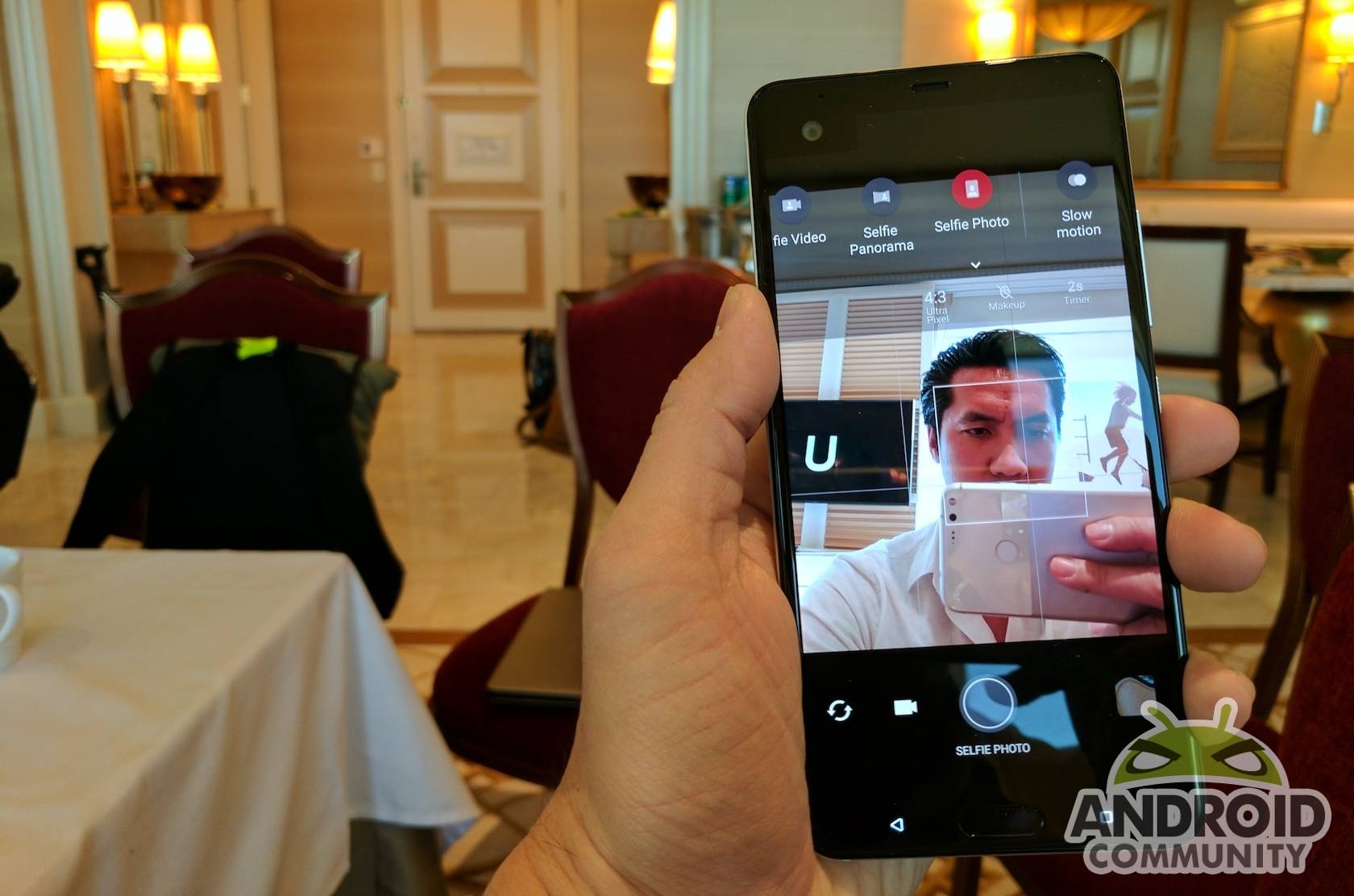 Here’s a rundown of the specs for the two:

HTC is definitely making an interesting and opportune proposition at a time when anyone and everyone is putting AI into their products and marketing. It is also somewhat encouraging that HTC is making a huge effort to stand apart from that crowd in a very significant way. How HTC Sense Companion will perform in practice is something that needs time to be judged, especially considering the AI itself needs time to learn from U. 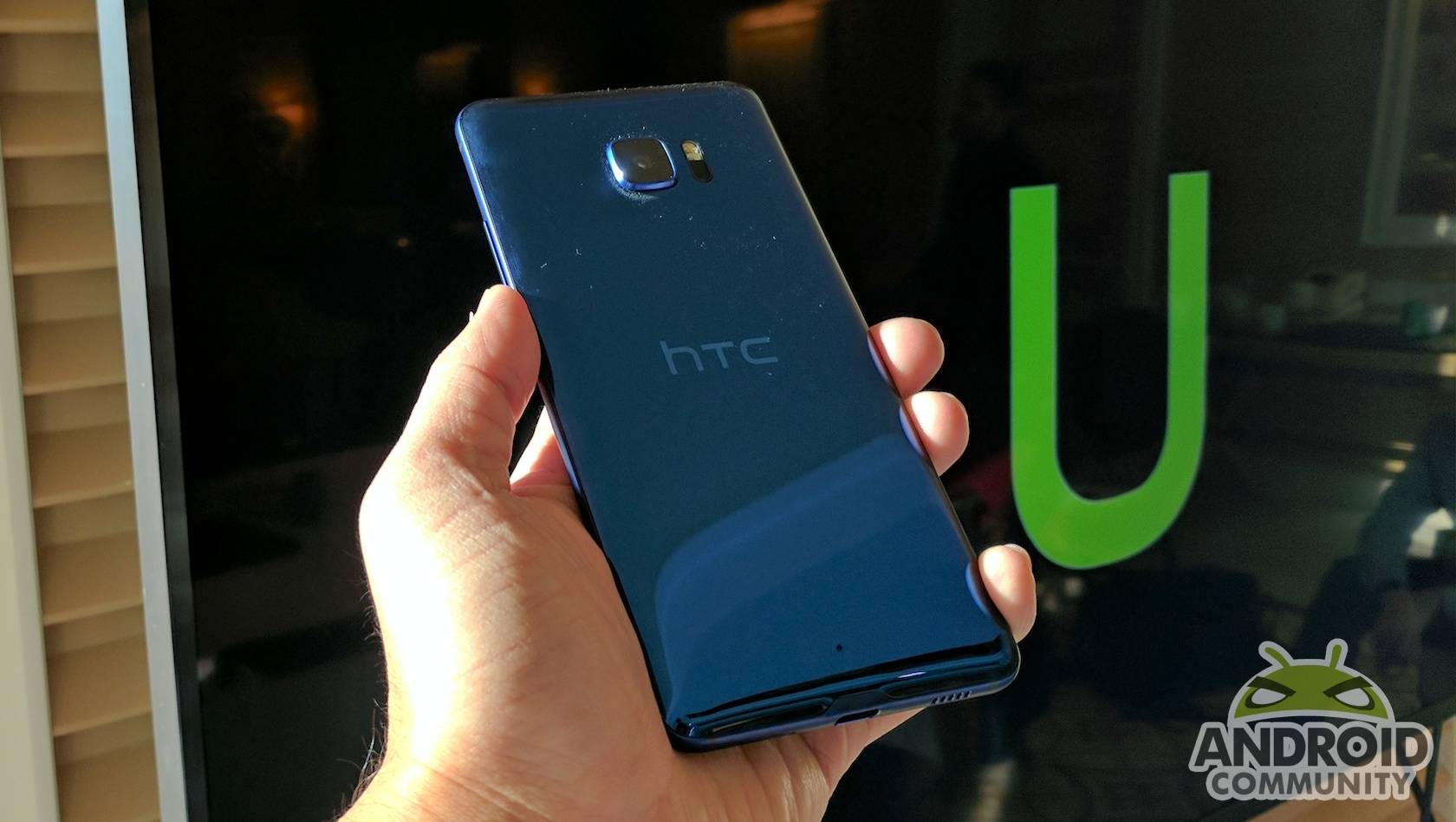 But HTC’s smartphones, with few exceptions, have always followed a pattern of being well-regarded by the press and in reviews and still doing poorly in terms of sales. The new Liquid Surface design, which is admittedly a radical departure from its previous styles, might not suit everyone’s tastes, especially in a market that has leaned towards all metal. It will definitely be interesting to observe whether the HTC U Ultra and U Play will be able to break HTC’s curse.

Both the HTC U Ultra and the HTC U Play will be available in the same four color options of Brilliant Black, Ice White, Sapphire Blue, and Cosmetic Pink. The U Ultra will have a limited, and expensive, edition with 128 GB of storage and hard sapphire glass on top. The HTC U Ultra is available now for pre-order directly from HTC while the HTC U Play won’t come until sometime early this year. Pricing for both have yet to be announced. 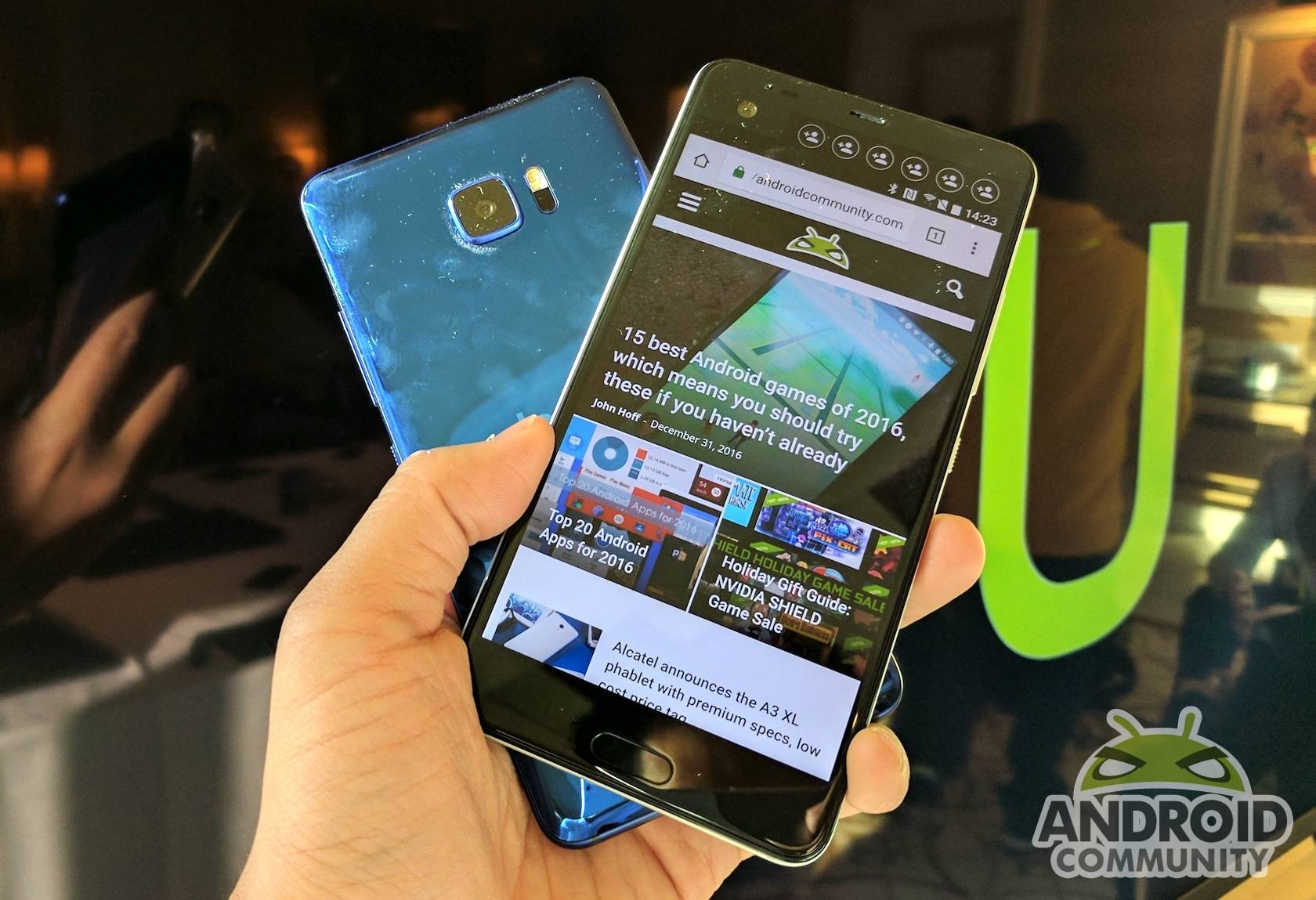