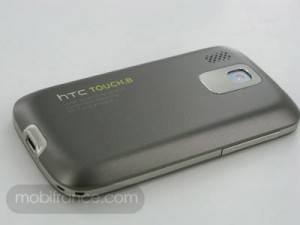 Yesterday, MobiFrance posted leaked images of the HTC Touch.B or HTC Rome, which according to their info, was running Google’s free mobile OS, Android. Today, the news are somewhat discouraging for those who like the idea of another Android phone from HTC coming out soon.

The rumors were that this new HTC phone was going to be a HTC Touch 2 running Android instead of Windows Mobile. Now the rumors are different, saying that instead, the HTC Touch B smartphone will run the Brew Mobile Platform (Brew MP). Which is also a freely available mobile OS platform.

So another free OS available to anyone who wants it. However, now that Android has picked up so much popularity, I doubt anyone is going to be interested on the BrewMP OS. So there you have it folks, it was exciting to think HTC was releasing a new Touch 2-like phone with the Android platform.