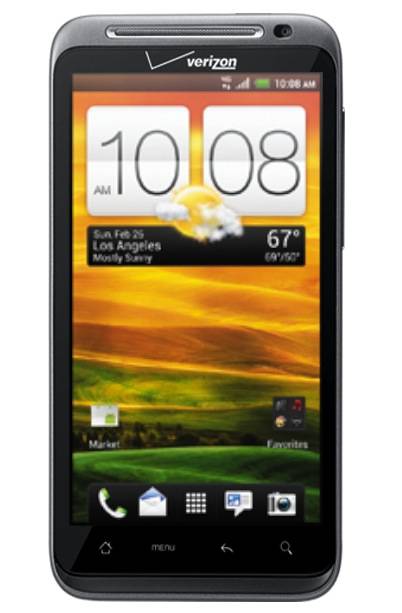 Well folks, we have some tasty good news for those that still might be rocking the original 4G LTE-powered HTC Thunderbolt. It looks like HTC is about to start taking the same update approach as Motorola and a few others, and will be supplying “test” or beta builds to select few lucky customers of Android 4.0 Ice Cream Sandwich with Sense UI 4.0 like we saw at MWC. More details after the break regarding this possibly real news.

Now that Mobile World Congress is over and we all saw an awesome first hand look at the new HTC One series and their latest Sense UI 4.0 everyone is probably wondering about the current crop of phones. While the Thunderbolt was one of the last HTC phones to get Android 2.3 Gingerbread it looks like HTC wont let the same happen with Ice Cream Sandwich. According to Vzbuzz HTC will start sending test devices to a select few users starting as soon as next week. 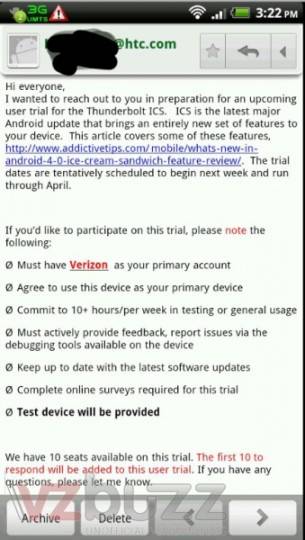 Now this could obviously be a fake. Emailing people that own the Thunderbolt yet offering “test devices” and not an over the air update seems odd — although could also be a security measure so the build doesn’t get leaked early. The other reason this feels completely fake to me is why HTC would be linking to addictivetipsdotcom to explain Android 4.0 ICS and not their own site, or Google themselves. For now I’m going to chalk this up as a fake but the chance HTC is preparing beta tests could still be quite possible.

Stay tuned for more details as I’ll be digging for more information.