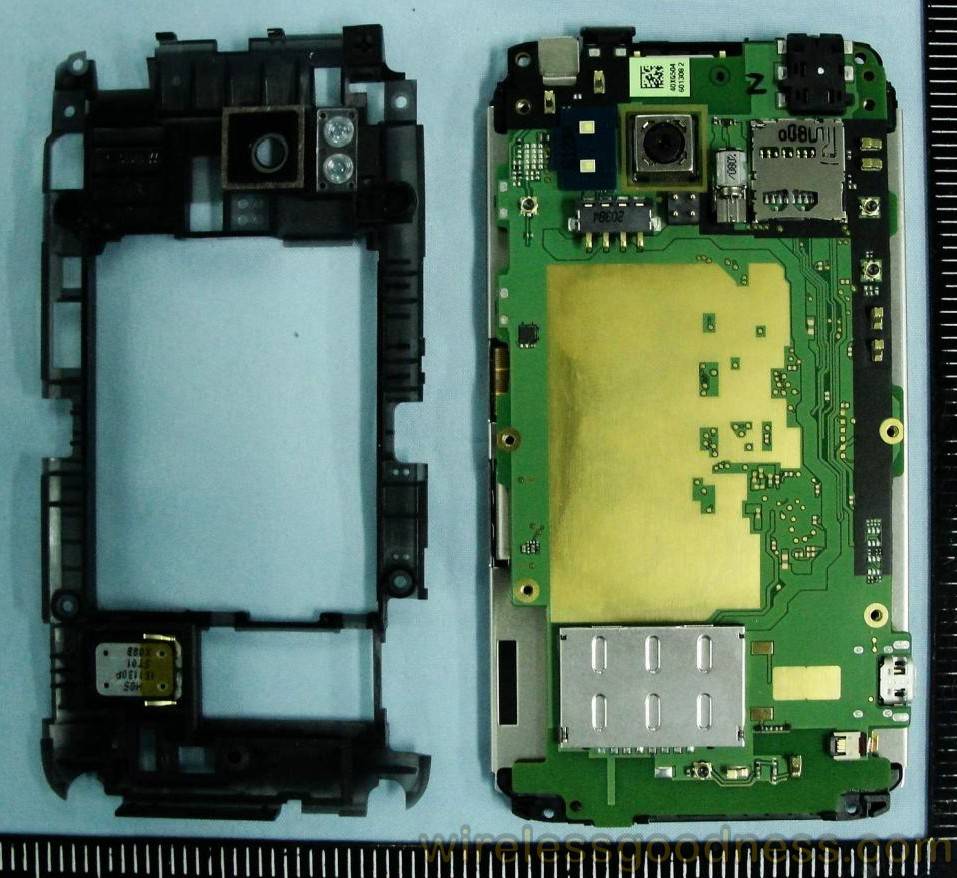 The FCC Teardown report on the HTC Thunderbolt has appeared online and it shows all the internals of the LTE driven handset. Looking at the various layers of the Thunderbolt, it’s really amazing how much can fit into such a thin, by comparison, package.Images show the 1 Ghz Qualcomm Snapdragon processor, iNAND flash memory and SDRAM from Sandisk and Samsung respectively, and all the antenna including CDMA, EVDO, and LTE. In addition, there’s close ups of the Thunderbolt’s GPS antenna, Bluetooth, and WLAN Antenna’s as well.

In other Thunderbolt news, Amazon is putting the Verizon 4G LTE Thunderbolt on sale for $174.95 with a two year Verizon contract. A savings of $75 over the already low price of $249.99. The unsubsidized sale price still lists for around $669, a $30 price cut. That means that users can afford to add the extended battery and still walk away with a pretty good deal.

In addition to the 1 GHz Snapdragon processor, the Thunderbolt 4G enjoys a 2/4″ Super LCD multi-touch display, a pair of cameras including a 1.3 megapixel front facing camera for video chat and an 8 megapixel rear facing camera for HD video recording in 720p. On board memory is courtesy of 8GB RAM and a 32 GB microSD memory card. Dual Microphones enable HTC’s noise canceling technology for clear calls in noisy conditions.
The Thunderbolt comes with Android 2.2 (Froyo) out of the box, but we reported today that it will be updated by late June.

[via Wireless Goodness and HTC Media]