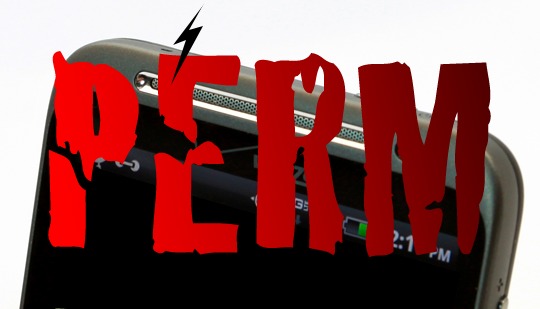 So we had a little look over at the XDA Forums at the root of the ThunderBolt before it was released, and yes, that is always impressive. But it wasn’t permanent! What we love to see is that permanence, the real test of weather the phone is really rooted or just wearing a Halloween mask. Well let me tell you what’s happened essentially overnight – perm root. Indeedy yes, it was user jcase who let the world know that with the first step being a showing on the 16th, the 17th at nearly midnight the real test was accomplished.

The first step was “a kind soul” coming to the AndIRC palace on the 16th of this month, March 2011. They had a release ThunderBolt and it did get tested there and it was confirmed that the Temp Root accomplished some time ago did indeed still work – this test was done because the original ThunderBolt used may well have had a different build from the one released on release day. It was this night that they first tested a permanent root, but the testing was not completed because everyone got tired and decided to go to sleep.

On the 17th, yesterday, a couple of production devices were purchased and writing to /system commenced. At first they did not have recovery working, and they toiled away all day! Then it came, at 11:35 PM on the 17th of March, aka ThunderBolt Day, aka the day the device was officially released, and they had it. They had permaroot. You can chat and have a nice coffee or whatever with the doers of these deeds over at http://chat.andirc.net:9090/?channels=#thunderbolt – or you can go back to the XDA Forum Thread where they announced their kingship and see when they’re going to release directions so you can do the same.

UPDATE: Our pals over at Android Police have the lowdown, son!