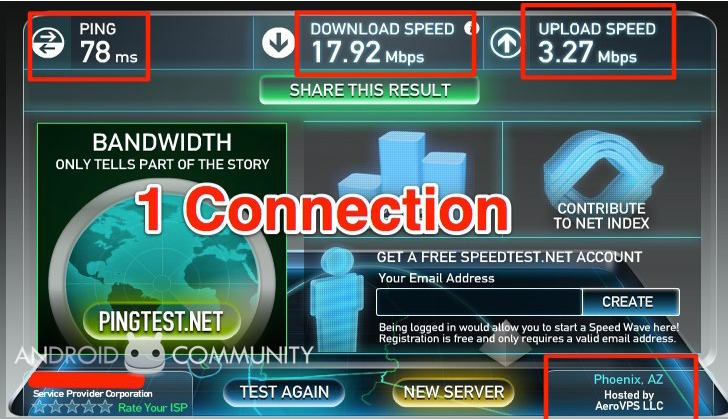 We’ll be running our own benchmarks when we get our own ThunderBolt tomorrow, but for now, let’s have a look at what SlashGear’s been doing all afternoon, as they got their Verizon superstar phone earlier today! The tests began with a bit of the ol’ Sun Spider browser testing. What SlashGear found was that this phone, while fast on the downloads, isn’t the speediest phone out there today as far as Sun Spider sees it – while the HTC ThunderBolt grabbed a 6031.9ms, the Motorola ATRIX 4G (also on Android 2.2 Froyo running with the NVIDIA Tegra 2 dual-core processor) handled the test at 3960.8ms – and smaller is better.

Then there’s a ping test to be done. Download and upload speeds are what people testing out the ThunderBolt’s hotspot tethering service’s free couple o’ months are going to want to see, right? They’re going to see how freaking amazing they are, then they’re going to have a heart attack when they have to go back to the first kind of internet they had. Take a peek here at the results. 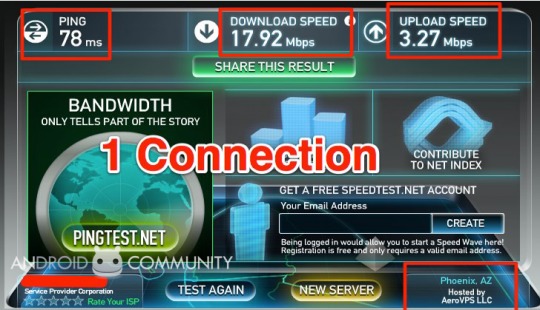 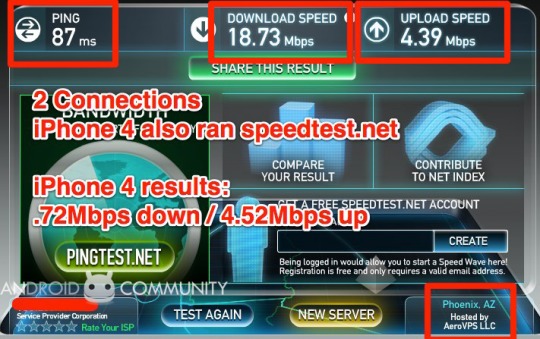 Holy springtime dinner, that’s a lot of speed. It’s important to note also that Vince, our pal over at SlashGear, also did the test with the iPhone 4. The results of the same test done here done instead on the iPhone 4 (also run on Verizon, but on 3G, as it doesn’t connect at 4G LTE,) were thus: .72 Mbps download, and 4.52 Mbps upload. That’s not quite as fast. 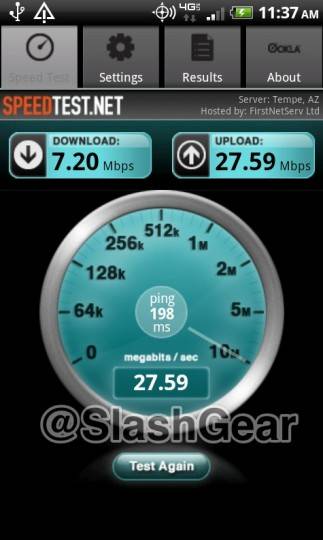 When the ThunderBolt checked its own speed with the SpeedTest.Net app, the results showed 7.20 Mbps downloads, 27.59 Mbps uploads, and a Ping at 198 ms. Astronomically delicious. Again we’ll be doing these tests on our own tomorrow when we receive our own review unit, and feel free to tweet or chat or comment all of your questions so we can answer them in stride.