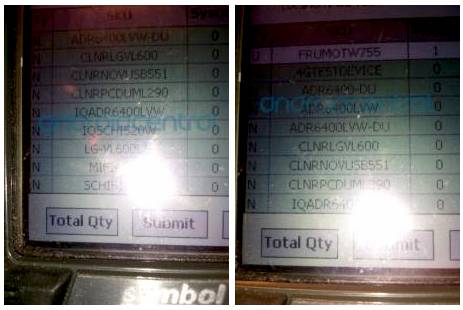 Reports are dropping that not only has the HTC Thunderbolt (SCU ADR6400) shown up in Verizon’s system, but the lovely Samsung SCH-i520 has as well. Both of these phones are being reported as 4G LTE capable, and the newest dummy images are showing an 8 Megapixel camera. Hot! You can take a look at the dark, devious photo we were sent via email below, or you can check out this amazing concoction of the two phones up here. Check it out!

Both of these phone showing up in the system at Verizon so close to CES 2011 points toward one thing – both of these phones will much more than likely appear en grande on the Verizon stage, lightening bolts everywhere, people freaking out because they can buy them, hooray! On the other hand, we’ve also heard reports of items being “previewed” by Verizon quite a bit as well – perhaps just a tease and a release later this month? I want my bolts now! – Thanks for the tip, FP!