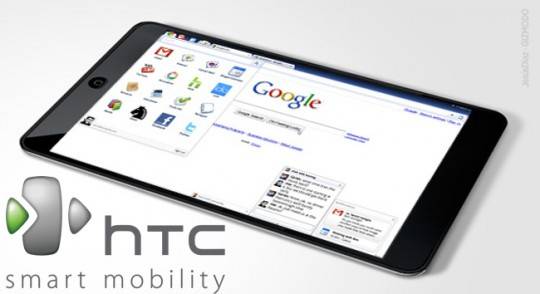 We have talked about the HTC tablet computers before that were expected to hit the market late this year. Rumors are coming in that the tablets are going to be delayed because Google is turning its support for the tablet friendly Android 3.0 release towards other tablet makers.

DigiTimes cites Chinese paper Apple Daily, who cites an analyst from JPMorgan that stated Google would turn Android 3.0 support to Motorola and LG will get support for Android 3.5 rather than HTC. That will mean that the HTC tablets will be on the market no earlier than Q2 2011 if the analyst is correct.

There is no indication on why Google would leave HTC out when it comes to the new tablet friendly Android operating systems. Perhaps it has to do with the suits facing HTC over patents or that HTC will be building Windows Phone 7 handsets.