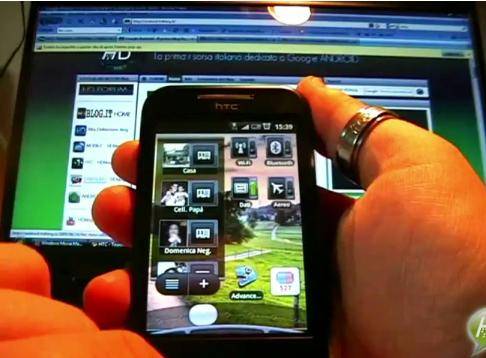 If you fancy a taste of HTC Sense on your G1 or Magic, the regular “Rosie” ROM leaks have already provided a way.  The LeakDroid project has been taking the Haykuro ROMs – which include the new HTC Sense UI – and developing builds for those with earlier devices.

Android HDblog have been playing with the latest so-called SuperHERO ROM, and put together a video demo which you can see below.  They’ve loaded it up on the HTC Dream (aka the T-Mobile G1) and given their opinion of the changes.

Unsurprisingly the multitouch browser support, new PMP functionality and social networking integration all get high praise.  Less impressive are the slow performance and occasional crashes, together with the absence of screen-rotation support (that currently leads to more crashing).  Still, it’s free to try and with the news that official “with Google” branded devices are unlikely to see HTC Sense officially these hack projects might be your best bet.