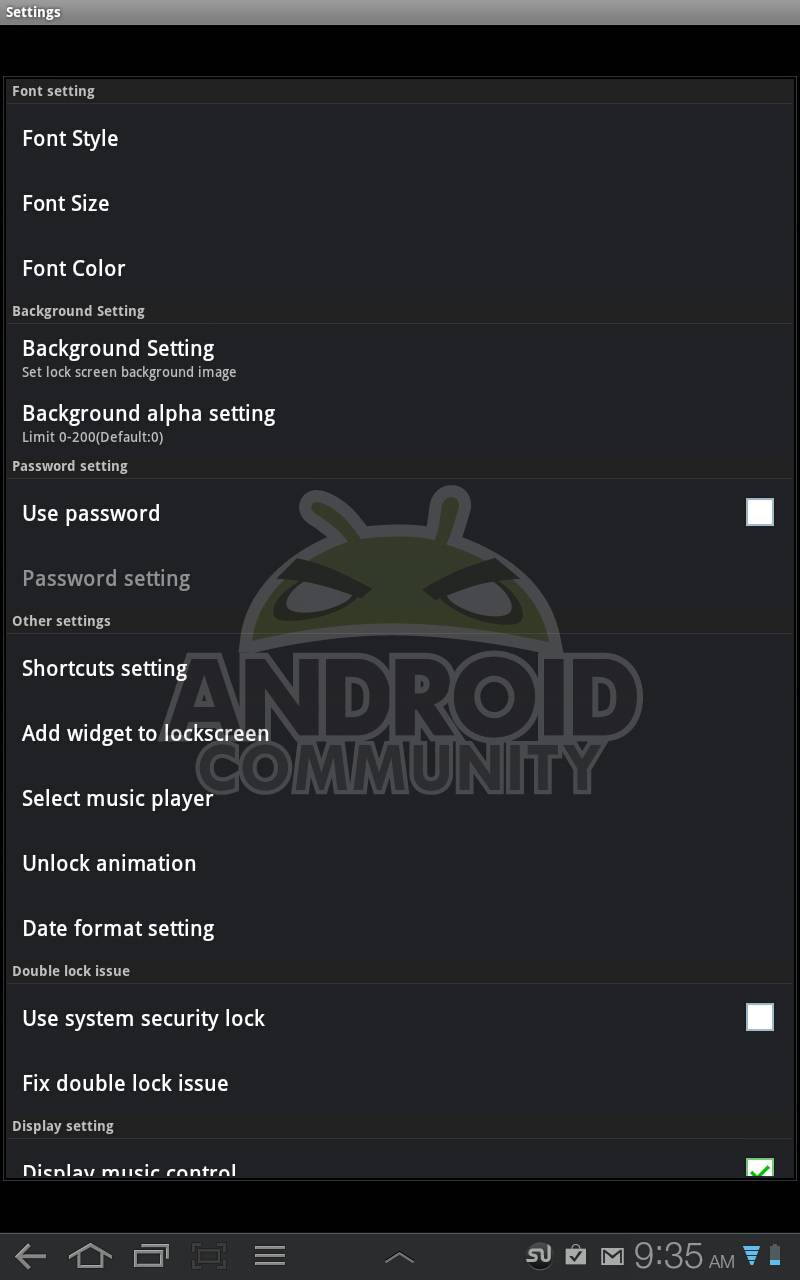 So you’re all about that unlock screen you saw on the HTC Sensation 4G, right? You saw how awesome it was to bounce around a ring that’s able to open either the whole of the phone or a single app at your command, and you’re pumped up about having access to such a lockscreen asap! Your wait is over, unofficially, with Agile Lock, an app made by the developers at SunPengfei, as they’ve created an app version of the lockscreen so similar to the original, you’ll want it on all your devices.

What you’re actually looking at above and below is the app installed on a Samsung Galaxy Tab 10.1 – this is done because the tablet has instant screenshot capabilities which made taking such photos quite easy, but also to demonstrate how capable this app is of working on any Android platform. Agile lock is available on the market [as a free download on the Android Market] or you can get the paid version as well. What you’ll get with the paid version is a trade of one dollar and fifty cents for all the options under the sun.

There’s even a bug fix for those using CyanogenMod 7 – that means these developers are in the know, if you know what I mean. This lockscreen allows for four app shortcuts to be set above the unlock ring, each of them dragged into the ring resulting in them instantly launching. This is the same as the HTC version – where it differs is in the multiple options you’ve got for the screen above the shortcuts. You can add widgets galore – widgets that can be placed anywhere WITHOUT a grid restriction like the rest of Honeycomb, mind you.

You’ve gotta go grab this app right now. It works right out of the box to replace whatever lockscreen you’ve got, or you can easily shut it off, and it works on every Android version under the sun from what we can see at the moment: [Agile Lock on the Android Market] – go forth and unlock!