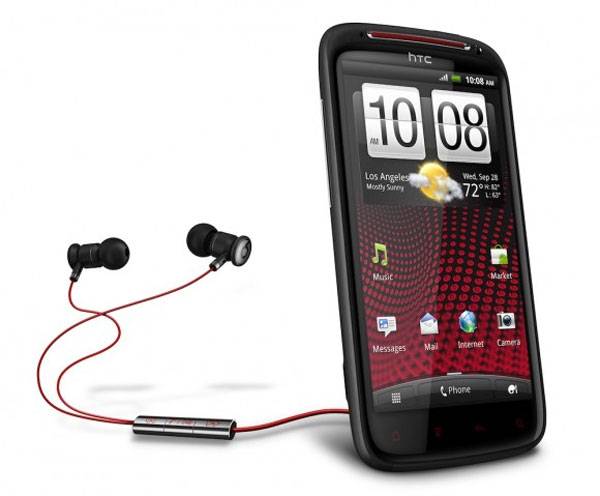 About a month ago, the HTC Sensation 4G smartphone got an Android 2.3.4 update. A new Sensation has now landed called the HTC Sensation XE. The Sensation XE has gone official and the smartphone packs in some cool features that the original Sensation didn’t offer. The new smartphone is the first to get the special audio tech from Beats Audio thanks to a new partnership. That custom audio processing hardware and software is also coupled with a nice set of earphones.

Better audio isn’t all that is in store for the geeks that buy the new Sensation XE. The smartphone also has a faster processor with 1.5GHz clock speed. The smartphone also gets a new larger battery that should let you talk, play, and listen to music longer before the battery goes dead. I already mentioned those cool Beats earphones briefly.

The smartphone will automatically switch to the Beats Audio hardware and software processing when the earphones are plugged in. The special earphones also have an inline remote that will let you control your music. A mic is also integrated for making and receiving phone calls. The Sensation XE is set for sale in Europe and Asia late this month. Pricing isn’t announced at this time.