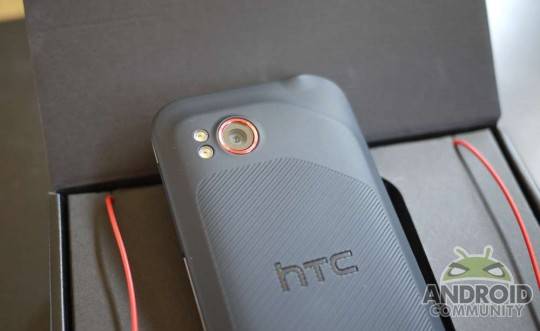 It looks like the latest and greatest version of Android from Google, version 4.0.3 Ice Cream Sandwich is starting to make its way to multiple HTC handsets. HTC was quick to announce their devices that would see the update, but never detailed an actual time frame for most. If you have the HTC Rezound that day is today because Android 4.0 ICS with Sense UI 3.6 has just leaked in an official build. Get it and the details below.

This is an official build of Android 4.0 and Sense UI 3.6 for the Verizon HTC Rezound, and has updated radios that should help with signal, improve battery life, and of course bring you to the latest version of Android. Previous leaks were older builds of ICS with the original Sense 3.5 and weren’t all that stable. Today the folks at Android Police were lucky enough to get the file, so hit the links below and give it a try.

Again this is an official version, but most likely not the final release that will be rolled out to devices once it gets the green light from Verizon. We are hearing this is a release candidate and highly stable so if you don’t want to wait for it, you can have that tasty and frozen Android 4.0 Ice Cream Sandwich right now. There is a completely stock version, and a pre-rooted version below for those that are worried about losing root access. The rooted version does not have the new radios so you’ll have to decide what you want. Users can try OTA Rootkeeper from the Play Store if they’d like to keep root, and try the stock versions with the new radio.

– Download file, rename it to “PH98IMG.zip” (no quotes)
– Place the renamed file onto the root of the SD Card (not in a file)
– Power down your device
– Reboot into the bootloader by holding VOL DOWN + Power
– The flashing process should begin automatically

That is it! Let the phone do its thing and complete the update. It should reboot and you’ll be enjoying that tasty and buttery smooth Android 4.0.3 ICS and Sense UI in no time flat. The Rezound isn’t the only lucky one. The Sensation in the UK recently received a similar treat and the HTC Vivid update on AT&T was leaked yesterday too, but from AT&T themselves. Do this at your own risk, Android Community or the source of the files are not responsible should you run into issues.

Enjoy Android 4.0 on your HTC Rezound and let us know in the comments below how it runs, and if you have any issues.