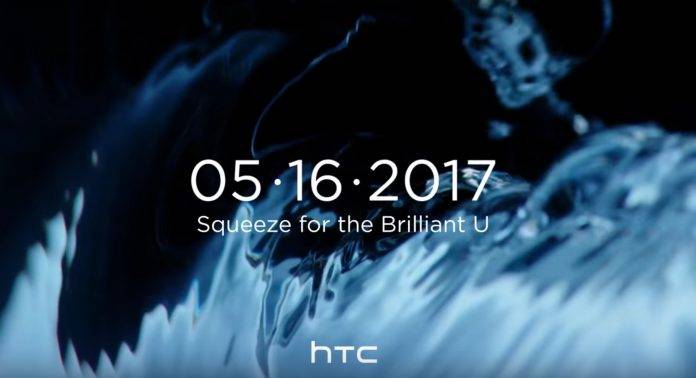 We’re still a few days away from the official launch of the new HTC U 11, and yet we’re squeezing out (ha!) as much info as we can from all the teasers and rumors that are going around. While we already have confirmation that the smartphone’s sides will be interactive and squeezable, there is still a lot of speculation about the full specs of the device that will be launched on May 16. But we’re a bit impatient and so there are new leaked details as well as an official new teaser which may confirm one of the specs we’re speculating about.

The first two teasers of the HTC U 11 were all about the innovative squeeze factor that the smartphone will bring. The latest one released may actually be hinting that it will indeed be waterproof. Well, we really can’t say for sure since the teaser is only 6 seconds short, but given that the only other element there aside from the slight glimpse of the phone is water, then you can’t blame us for assuming that it will have an IP57 rating, as per the leaked info.

The other information leaked from the box art for the HTC U 11 says that it will have a 5.5-inch QHD display with Corning Gorilla Glass 5 protection. It will run on a Snapdragon 835 SoC and will have a 4GB/6GB RAM and 64GB/128GB internal storage, which can even be expanded up to 2TB. The main camera is expected to be a 12MP shooter with 4K video recording while the front facing one will be 16MP with 1080p recording capability.

The HTC U 11 will also reportedly have a fingerprint sensor and will have a 3,000 mAh battery. No news yet on whether it will have a 3.5mm headphone jack. This smartphone sounds pretty exciting. Well, if all these rumors and speculation are actually true.