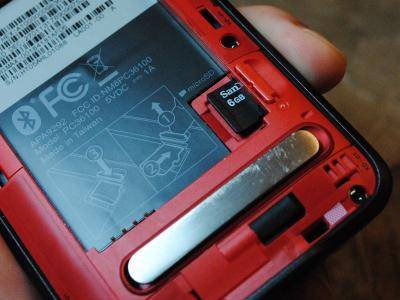 Maybe the best thing about this phone being handed out at the I/O is the discovery of the storage card bug. If that hadn’t been done there’s a good chance most of the customers that ran out and purchased this device would’ve had some major complaints for Sprint and HTC. An OTA update will be pushed out soon to fix the storage card issues in the EVO.

“We have identified the cause of the memory card issue and are testing a solution. We expect to have a software solution available very shortly that will be automatically pushed to phones over the air.”

Most early EVO adopters experienced a problem where the phone would not recognize the SD card. When this problem occurs many core functions that rely on the card stop working properly. A reboot fixes this problem in most cases. Even after a reboot, some users claim the problem would happen again.

Up until now neither Sprint nor HTC made a comment on the situation. There have been a few people with EVO’s that didn’t experience this and wrote it off as a myth. It’s good to see HTC act so fast to fix this problem around launch time, there would’ve been many returns if this problem was not dealt with in a timely fashion.

UPDATE: The OTA has already begun to show up on newly purchased EVO’s. And if you’re rooted this will unroot your handset.