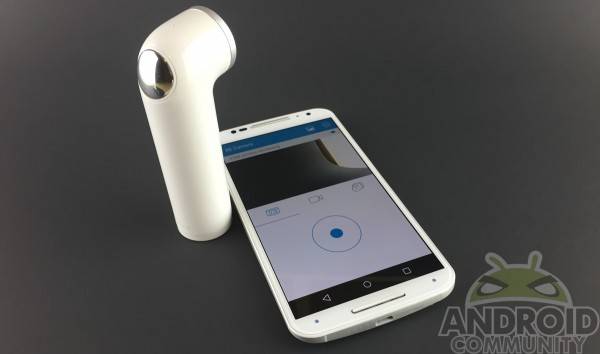 Every photo or video needs an audience, whether it be ourselves or others and what better audience is there for an action camera like the HTC RE than a live one? With a firmware update coming tomorrow, HTC‘s rather odd-looking action camera will be gaining a new ability, allowing users to share their precious memories and moments as they happen with anyone in the world. And by anyone, they mean those who will be tuning in to your live stream performance on YouTube.

By itself, the HTC RE is already a versatile and handy piece of mobile photography equipment, able to shoot stills and record videos and store them even locally in a microSD card. But an action camera like this is meant for action and there is really no better way to convey the spirit of the moment than through live streaming. With the update, you will be able to share that graduation march, that once in a lifetime stage performance, that exhilarating bungee jump, with family and friends and maybe even the public.

The firmware update will arrive via the RE companion app on the smartphone. Once updated, simply log in to your YouTube channel from the app and start streaming. It’s as easy as that. You can invite viewers to your feed by sending your broadcast link via SMS or email and even if they miss out on the live show, the link will remain active for a replay. Alternatively, if you’re aiming for fame, you can also broadcast it publicly.

The HTC RE software update will begin rolling out tomorrow, January 9. It will only be available on Google Play Store initially and iOS users will have to wait sometime later this quarter to get their update. HTC RE owners should note that while the camera alone can record and store videos by itself, live streaming to YouTube will require a paired smartphone.