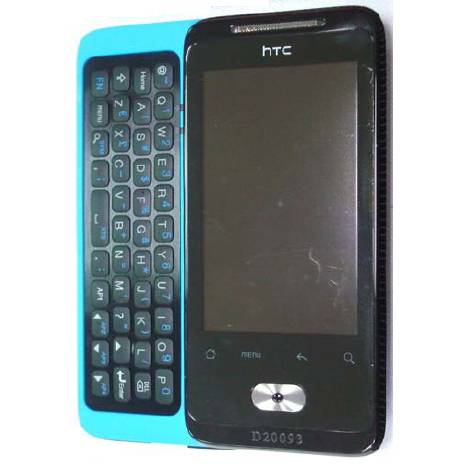 The HTC Paradise, a phone that has had alot of speculation and even was attempted to be sold on Craiglist before it made its debut, has finally made its way to the FCC. With its appearance on the FCC we have discovered some interesting specs. that we thought we might show with you guys. We’re deaing with a 3.5-inch capacitive touchscreen, a 3.2 megapixel camera, WiFi, 3G, GPS, a 3.5mm headphone jack, FM Radio, and an optical trackpad all packed with that QWERTY keyboard.

The image shown above has also been referenced with “HTC Sense” so that may be packed into the device as well. This device hasn’t yet been announced by either AT&T or HTC, and we aren’t sure it ever will be. There is speculation that the device may have been cancelled, but nothing has been confirmed yet. We will keep you updated on the situation of this device.