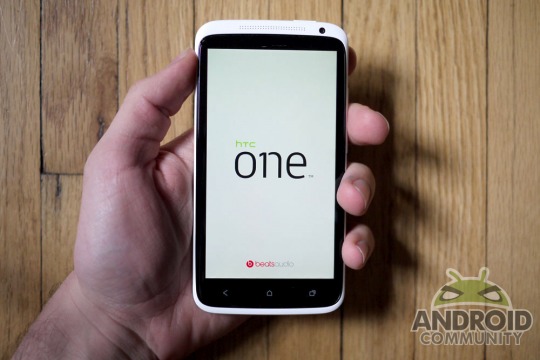 In April we learned the HTC One X was set to be updated to Android 4.2 Jelly Bean come this June, and now it appears to finally be rolling out in Europe, only a few months late. Android 4.2.2 Jelly Bean and the new Sense UI 5 is arriving for the Tegra 3 powered HTC One X in Europe as we speak.

Earlier this month we saw the update arrive for the HTC One X+ (not the AT&T model) and now it sounds like HTC has moved on to the original X this week as well. Below is more info as well as the update popup with full details.

Multiple reports have surfaced in our inbox, and over at XDA, that the 380MB update to Android 4.2.2 Jelly Bean and Sense 5 is hitting smartphones as of late last night. Sadly there still appears to be no details for the HTC One, or the AT&T versions of the HTC One X and X+ at this moment. 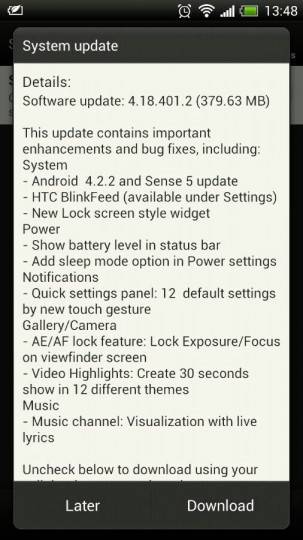 HTC Blinkfeed will be available, but not enabled by default, and the other features such as HTC Zoe will also be included. The new camera and gallery apps will be there, as well as the homescreen unlock options. The update also details the quick settings panel with 12 default options. So far this is hitting Nordic Countries, and again, we have no details on when AT&T will get around to updating either of these devices stateside.