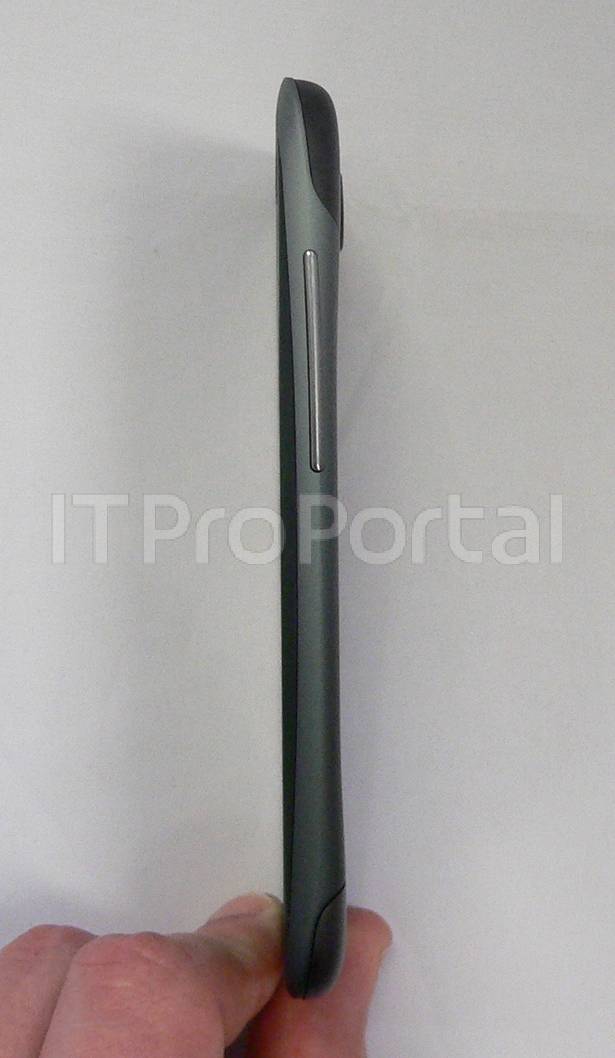 HTC’s newest flagship smartphone that still has yet to be announced has just been spotted in the wild. Someone was lucky enough to snap a few quick photos of this extremely impressive looking Android 4.0 Ice Cream Sandwich quad-core smartphone. Previously known as the HTC Edge, the HTC One X will be fully detailed and announced at Mobile World Congress in a few short days. Check out how thin and beautiful it looks below.

For those that haven’t been keeping track of the leaks this phone should be extremely impressive and HTC’s new flagship smartphone. Coming in with their best screen yet, a Super LCD 2 at 4.7″ and 1280 x 720p resolution. Powered by the NVIDIA Tegra 3 quad-core processor this will most likely be the first quad-core phone to hit the market. Complete with 1GB of RAM, and previous leaks suggest an 8 megapixel camera around back that should be their best lens yet.

Looking at the image above we can confirm HTC will continue with the capacitive buttons even though this phone will launch with Android 4.0 Ice Cream Sandwich. They are sticking to the buttons to compliment their HTC Sense UI 4.0 overlay. Gone however is the search button and HTC has three main buttons with back, home, and menu. The second leaked picture in the gallery shows just how extremely thin this phone really is. Having all that power under the hood and still being on of their thinnest phones yet sure sounds like a winning combination.

One interesting note is the phone will be using a micro-sim card. HTC will be officially unveiling this phone Sunday night in Barcelona, Spain and we’ll be there live to capture all the details and some hands-on video so stay tuned right here.