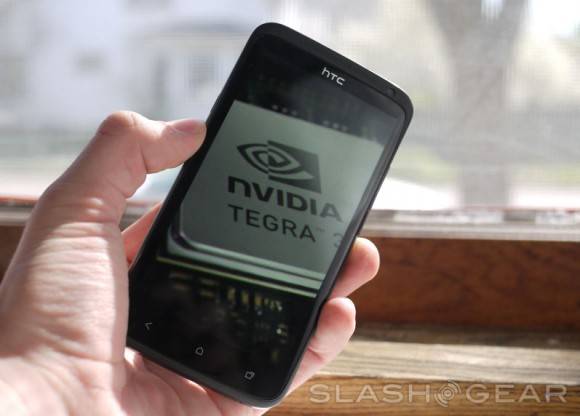 This week the folks from HTC announced an all new and improved version of their flagship One X smartphone, simply calling it the HTC One X+. Today the guys in green from NVIDIA have dropped a few additional details about the new and improved “supercharged” Tegra 3 with 4G LTE that’s under the hood.

The HTC One X+ will be the first Tegra 3 quad-core smartphone with 4G LTE here in the US, and AT&T will be offering it exclusively. We already knew this when they announced it earlier this week, but today NVIDIA explains why we should be excited. This new and improved Tegra 3 offers better performance on all levels, and is more than just a slightly faster processor.

We’ll be working with a quad-core Tegra 3 clocked to 1.7 GHz on all four cores, then the 5th ninja core they call the 4-PLUS-1 core does all the light lifting while the rest are idle — which will give you amazing battery life. This is nothing new and previous Tegra 3 devices rock this, but it’s been enhanced and mastered this time around with the One X+. NVIDIA is touting more than 50% better battery life between the efficiency increases in their new Tegra 3, and the larger 2,100 mAh battery in the One X+.

NVIDIA states that not only is the entire processor faster being 1.7 GHz, but the graphics have also been beefed up too — although they didn’t give specifics there but we’re sure gaming will be awesome as usual. You’ll be able to enjoy some of the best Android games on the planet from the NVIDIA TegraZone. NVIDIA notes that it’s “67% faster than the HTC One X LTE” which runs the Qualcomm Snapdragon S4 dual-core processor, so we’ll certainly be comparing the two when the time comes. AT&T is currently the only US carrier that’s approved the Tegra 3 with 4G LTE for their network, but hopefully more follow soon. Be sure and check out our review of the original quad-core, and the dual-core AT&T One X below, as well as plenty of NVIDIA news from our Tegra Hub for all things gaming!