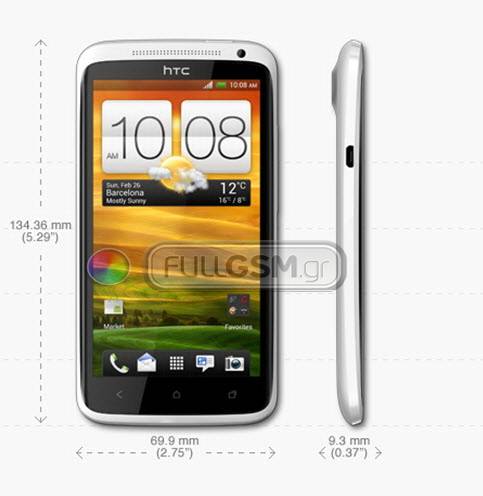 The HTC One X, formerly the Edge/Endeavor, has been one of the most exposed “secret projects” in recent memory. With all the renders, specs, names, and photos leaked, we though there’s be nothing left to know by the time HTC unveils it tomorrow in Barcelona. Not so: FullGSM got their hands on what appears to be the full product sheep. Aside from what appear to be press shots, there’s nothing really new – except for a “dual shutter” camera, the purpose of which is to take full 8MP stills while recording video at the same time.

The rest of the specifications are what we’ve already seen: a Nvidia Tegra 3 quad-core processor running at 1.5Ghz, a 4.7-inch 720p screen (though the panel is listed as “Super LCD2”, not AMOLED as some previous leaks said) with a full gigabyte of RAM, 32GB of internal storage (26GB of which is user-accessible, with no MicroSD card slot) and a slim profile of just 9.29mm at its thickest point. The One X also comes with NFC capabilities and a super-sized 25GB of DropBox access.

Naturally it’s running Ice Cream Sandwich with HTC’s update Sense UI 4.0, though like the other leaked HTC phones we’ve seen, the One X uses the more conventional capacitive navigation button instead of Galaxy Nexus-style on screen controls. According to the photos, black and white versions will be available, but there’s’ no timeframe or price. This leak looks pretty definitive, but we’ll still have to wait for HTC’s event tomorrow to be sure – it ain’t over till the fat lady sings. For all the breaking stories, keep an eye on Android Community’s MWC 2012 portal. Only a few more hours to go…