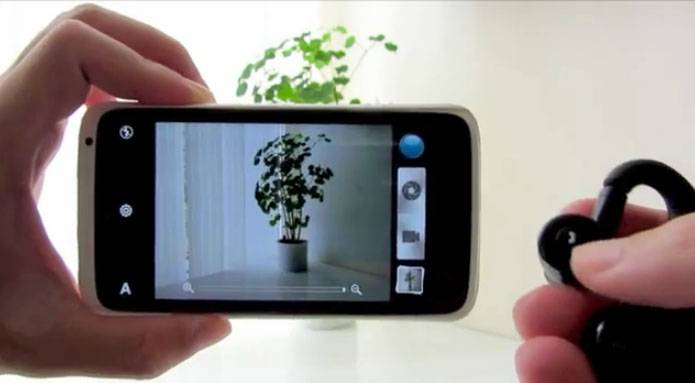 It looks like there’s more hiding in HTC’s Sense 4.0 than meets the eye. The Chinese gadget enthusiasts at ePrice found that if they paired certain Bluetooth headsets with the HTC One X, they could operate the shutter mechanism on the camera by pressing button combinations on the headset. It’s a useful little trick, and one that’s strangely absent from all the HTC documentation we’ve seen thus far. It’s possible, but not confirmed, that the trick could work with the other HTC One phones as well.

There is a bit of a wrench in the process, though: it appears that the camera requires different button presses from different headsets. An iTech brand A2DP headset required two taps of the Volume Up button, while Plantronics and Jabra headsets required triple-taps of the Dial button. Some rudimentary testing on our own One X with a Motorola Finiti headset didn’t reveal any combination that would activate the shutter – it might not work at all on some headsets.

Regardless of functionality, the idea is a pretty slick one, especially for a phone with a camera as good as the HTC One X has. (Read our review to see how good.) Having a DSLR-style wireless remote shutter for a smartphone is a novel enough idea in itself, but the possibility that it’ll work with something most people have already (or can buy cheaply) is very exciting. Now that the phone’s source code has been published, we hope some enterprising developer will find out how it was done, and perhaps give a little more rhyme and reason to the combinations that work or don’t work.